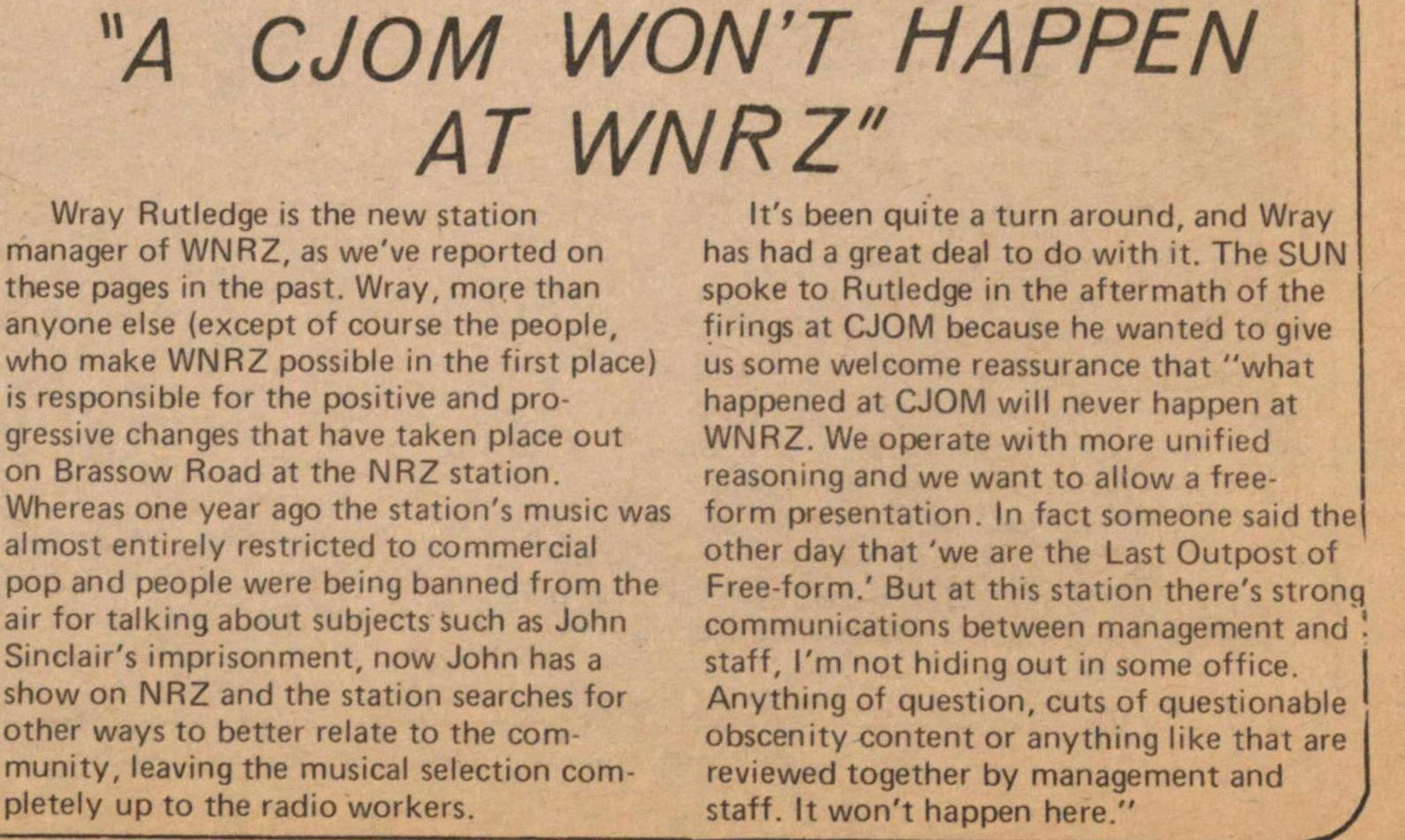 Wray Rutledge s the new station manager of WNRZ, as we've reported on these pages in the past. Wray, more than anyone else (except of course the people, who make WNRZ possible in the first place) is responsible for the positive and progressive changes that have taken place out on Brassow Road at the NRZ station. Whereas one year ago the station's music was almost entirely restricted to commercial pop and people were being banned from the air for talking about subjects such as John Sinclair's imprisonment, now John has a show on NRZ and the station searches for other ways to better relate to the community, leaving the musical selection completely up to the radio workers. It's been quite a turn around, and Wray has had a great deal to do with it. The SUN spoke to Rutledge n the aftermath of the firings at CJOM because he wanted to give us some welcome reassurance that "what happened at CJOM will never happen at WNRZ. We opérate with more unified reasoning and we want to allow a freeform presentation. In fact someone said the other day that 'we are the Last Outpost of Free-form.' But at this station there's strong Communications between management and ! staff, l'm not hiding out in some office. Anything of question, cuts of questionable obscenity content or anything like that are reviewed together by management and staff. It won't happen here." J