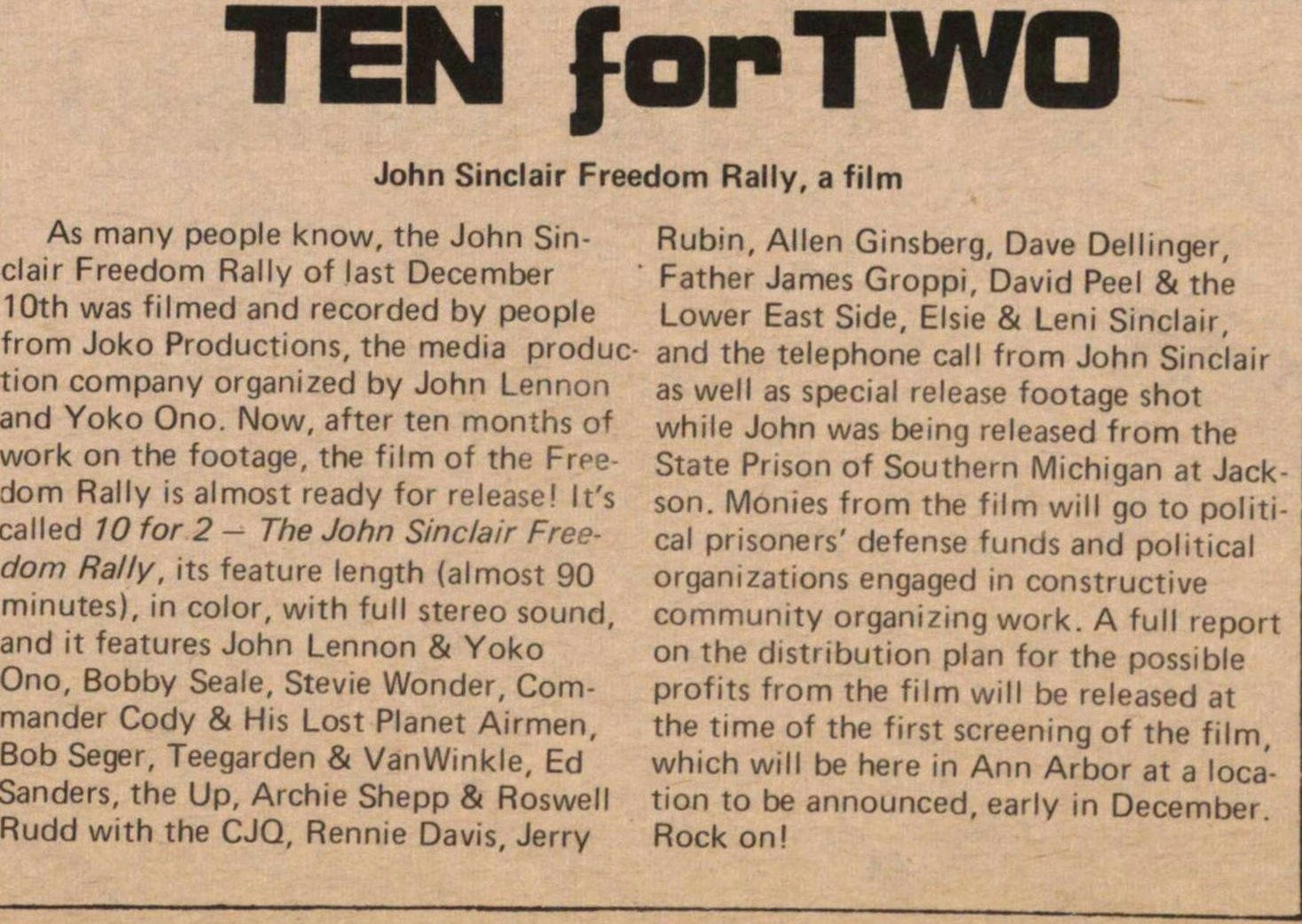 As many people know, the John Sinclair Freedom Rally of last December 1Oth was filmed and recorded by people from Joko Productions, the media production company organized by John Lennon and Yoko Ono. Now, after ten months of work on the footage, the film of the Frpedom Rally is almost ready for release! It's called 10 for 2 - The John Sinclair Freedom Rally, its feature length (almost 90 minutes), in color, with full stereo sound, and it features John Lennon & Yoko Ono, Bobby Seale, Stevie Wonder, Commander Cody & His Lost Planet Airmen, Bob Seger, Teegarden & VanWinkle, Ed Sanders, the Up, Archie Shepp & Roswell Rudd with the CJQ, Rennie Davis, Jerry Rubín, Alien Ginsberg, Dave Dellinger, Father James Groppi, David Peel & the Lower East Side, Elsie & Leni Sinclair, and the telephone cali f rom John Sinclair as well as special release footage shot while John was being released from the State Prison of Southern Michigan at Jackson. Monies from the film will go to political prisoners' defense funds and political organizations engaged in constructive community organizing work. A full report on the distribution plan for the possible profits from the film will be released at the time of the first screening of the film, which will be here in Ann Arbor at a location to be announced, early in December. Rock on!