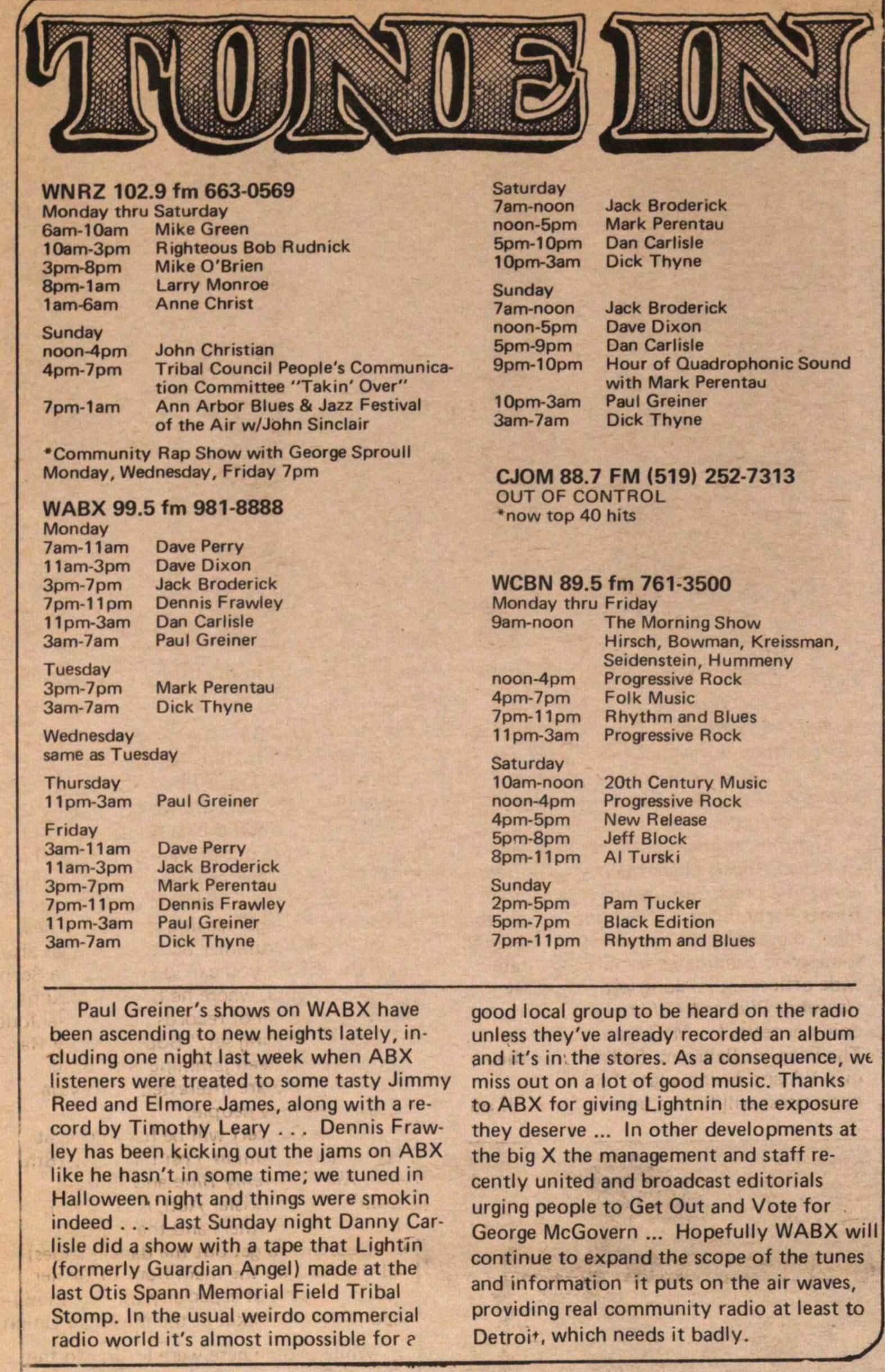 OUT OF CONTROL *now top 40 hits

Paul Greiner's shows on WABX have been ascending to new heights lately, including one night last week when ABX listeners were treated to some tasty Jimmy Reed and Elmore James, along with a record by Timothy Leary . . . Dennis Frawley has been kicking out the jams on ABX like he hasn't in some time; we tuned in Halloween night and things were smokin indeed . . . Last Sunday night Danny Carlisle did a show with a tape that Lightin (formerly Guardian Angel) made at the last Otis Spann Memorial Field Tribal Stomp. In the usual weirdo commercial radio world it's almost impossible for a good local group to be heard on the radio unless they've already recorded an album and it's in the stores. As a consequence, we miss out on a lot of good music. Thanks to ABX for giving Lightnin the exposure they deserve ... In other developments at the big X the management and staff recently united and broadcast editorials urging people to Get Out and Vote for George McGovern ... Hopefully WABX will continue to expand the scope of the tunes and information it puts on the air waves, providing real community radio at least to Detroit which needs it badly.