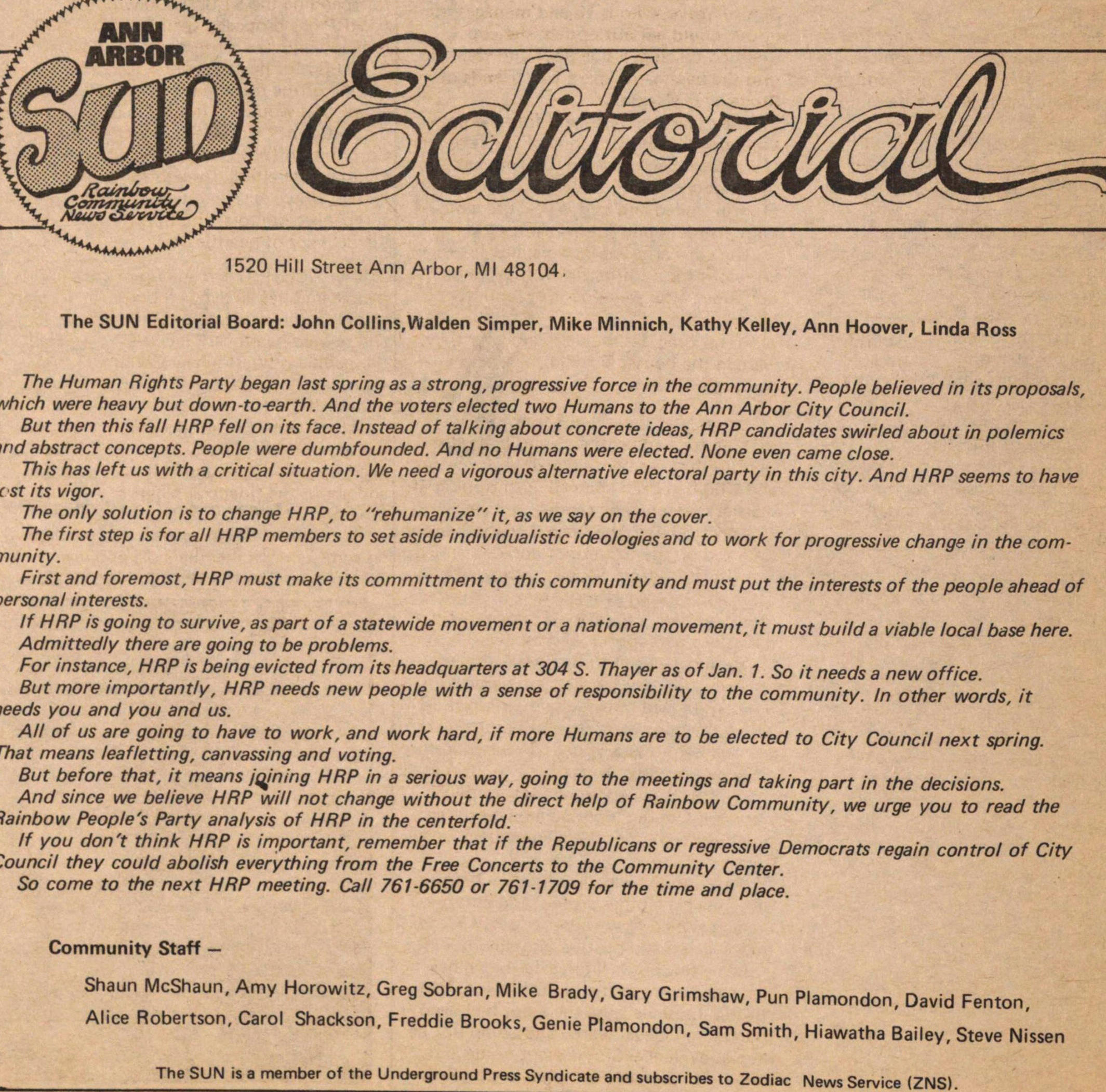 The Human Rights Party began last spring as a strong, progressive force in the community. People believed in its proposals, which were heavy but down-to-earth. And the voters elected two Humans to the Ann Arbor City Council.

But then this fall HRP fell on its face. Instead of talking about concrete ideas, HRP candidates swirled about in polemics and abstract concepts. People were dumbfounded. And no Humans were elected. None even came close.

This has left us with a critical situation. We need a vigorous alternative electoral party in this city. And HRP seems to have lost its vigor.

The only solution is to change HRP, to "rehumanize" it, as we say on the cover.

The first step is for all HRP members to set aside individualistic ideologies and to work for progressive change in the community.

First and foremost, HRP must make its commitment to this community and must put the interests of the people ahead of personal interests.

If HRP is going to survive, as part of a statewide movement or a national movement, it must build a viable local base here.

Admittedly there are going to be problems.

For instance, HRP is being evicted from its headquarters at 304 S. Thayer as of Jan. 1. So it needs a new office.

But more importantly, HRP needs new people with a sense of responsibility to the community. In other words, it needs you and you and us.

All of us are going to have to work, and work hard, if more Humans are to be elected to City Council next spring.

That means leafletting, canvassing and voting.

But before that, it means joining HRP in a serious way, going to the meetings and taking part in the decisions.

And since we believe HRP will not change without the direct help of Rainbow Community, we urge you to read the Rainbow People's Party analysis of the HRP in the centerfold.

If you don't think HRP is important, remember that if the Republicans or regressive Democrats regain control of City Council they could abolish everything from the Free Concerts to the Community Center.

The SUN is a member of the Underground Press Syndicate and subscribes to Zodiac News Service (ZNS).