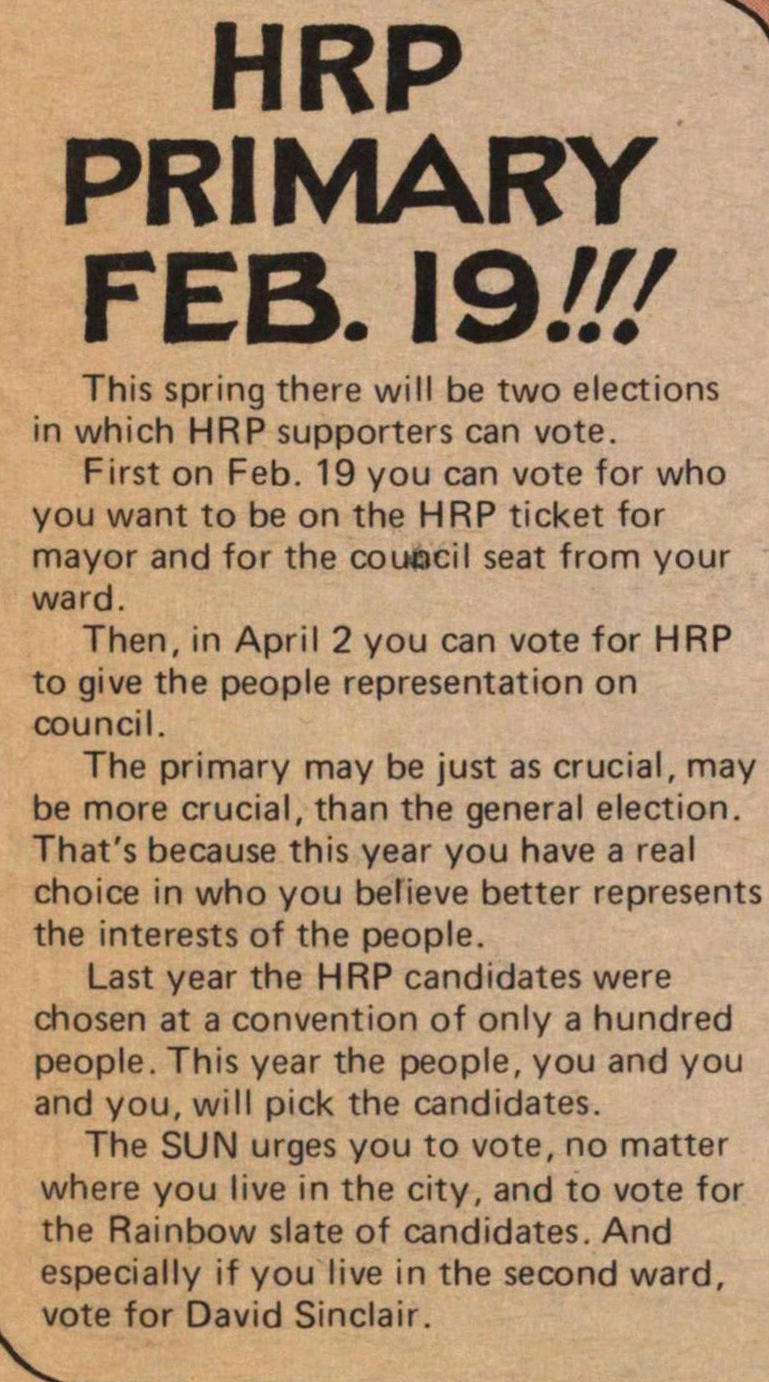 This spring there will be two elections n which HRP supporters can vote. First on Feb. 19 you can vote for who you want to be on the HRP ticket for mayor and for the couecil seat from your ward. Then, in April 2 you can vote for HRP to give the people representaron on council. The primary may be just as crucial, may be more crucial, than the general election. That's because this year you have a real choice in who you believe better represents the nterests of the people. Last year the HRP candidates were chosen at a convention of only a hundred people. This year the people, you and you and you, will piek the candidates. The SUN urges you to vote, no matter where you live in the city, and to vote for the Rainbow slate of candidates. And especially if you live in the second ward, vote for David Sinclair.