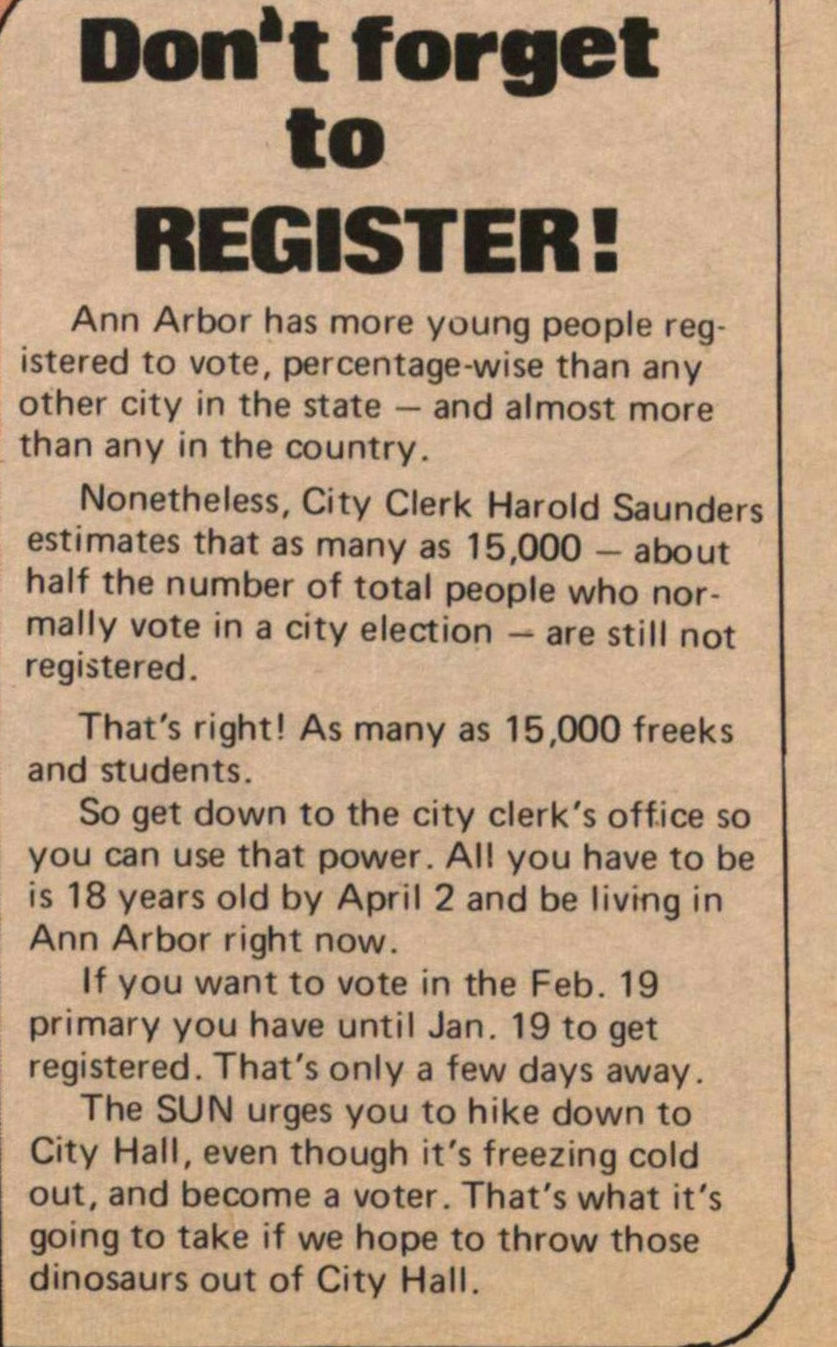 Ann Arbor has more young people registered to vote, percentage-wise than any other city in the state - and almost more than any in the country.

Nonetheless, City Clerk Harold Saunders estimates that as many as 15,000 - about half the number of total people who normally vote in a city election - are still not registered.

So get down to the city clerk's office so you can use that power. All you have to be is 18 years old by April 2 and be living in Ann Arbor right now.

If you want to vote in the Feb. 19 primary you have until Jan. 19 to get registered. That's only a few days away.

The SUN urges you to hike down to City Hall, even though it's freezing cold out, and become a voter. That's what it's going to take if we hope to throw those dinosaurs out of City Hall.