Balance Of Power On Council 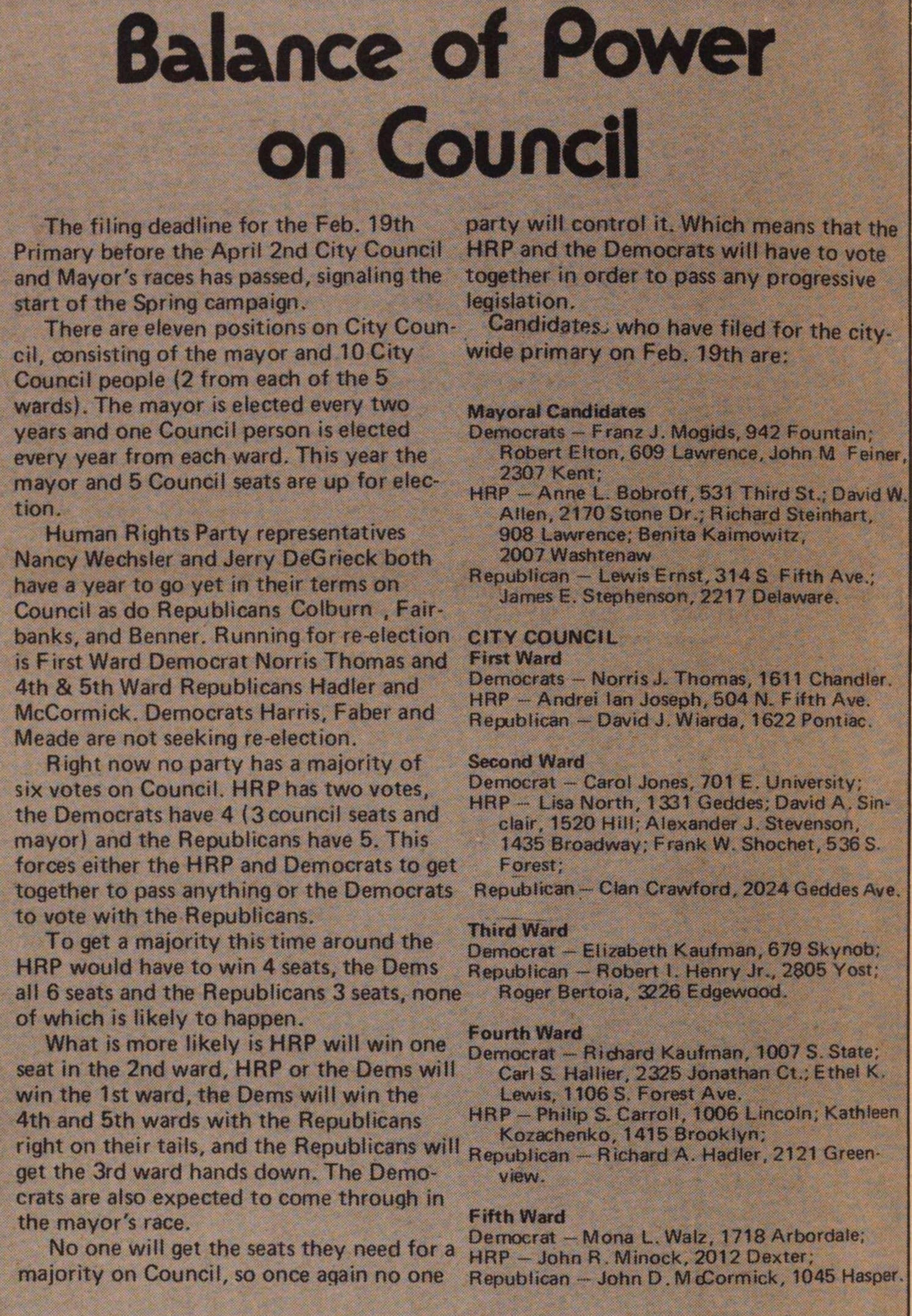 Balance of Power on Council

The filing deadline for the Feb. 19th Primary before the April 2nd City Council and Mayor's races has passed, signaling the start of the Spring campaign.

Human Rights Party representatives Nancy Wechsler and Jerry DeGrieck both have a year to go yet in their terms on Council as do Republicans Colburn, Fairbanks, and Benner. Running for re-election is First Ward Democrat Norris Thomas and 4th & 5th Ward Republicans Hadler and McCormick. Democrats Harris, Faber and Meade are not seeking re-election.

To get a majority this time around the HRP would have to win 4 seats, the Dems all 6 seats and the Republicans 3 seats, none of which is likely to happen.

No one will get the seats they need for a majority on Council, so once again no one party will control it. Which means that the HRP and the Democrats will have to vote together in order to pass any progressive legislation.

Candidates who have filed for the citywide primary on Feb. 19th are: