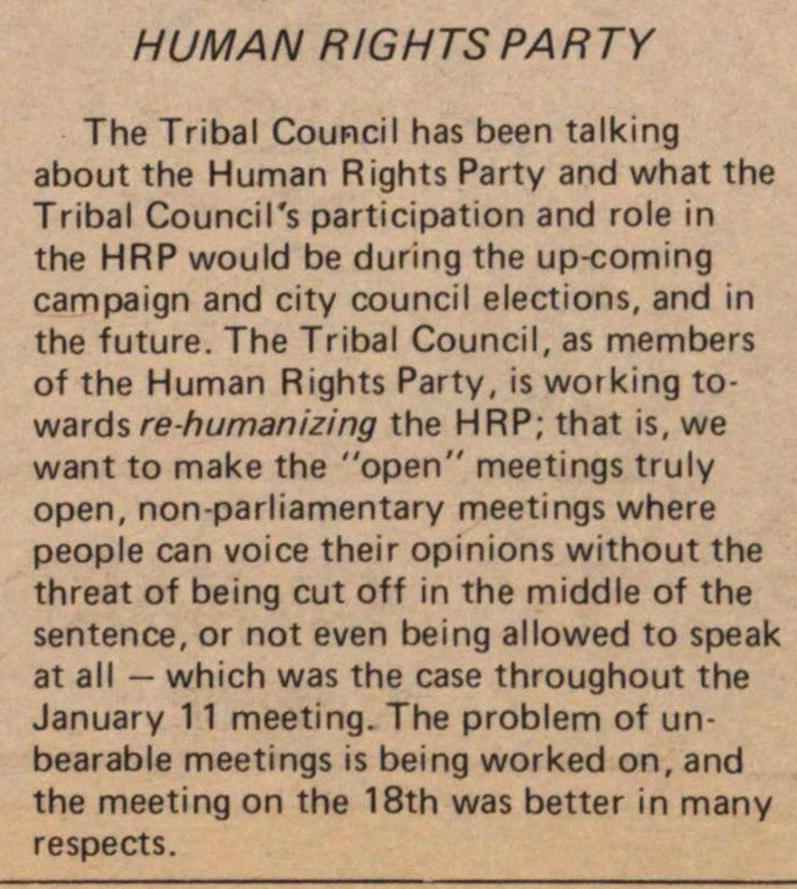 The Tribal Council has been talking about the Human Rights Party and what the Tribal Council's participation and role in the HRP would be during the up-coming campaign and city council elections, and in the future. The Tribal Council, as members of the Human Rights Party, is working towards re-humanizing the HRP; that is, we want to make the "open" meetings truly open, non-parliamentary meetings where people can voice their opinions without the threat of being cut off in the middle of the sentence, or not even being allowed to speak at all - which was the case throughout the January 11 meeting. The problem of unbearable meetings is being worked on, and the meeting on the 18th was better in many respects.