The bonds of Pun Plamondon and Craig Bla... 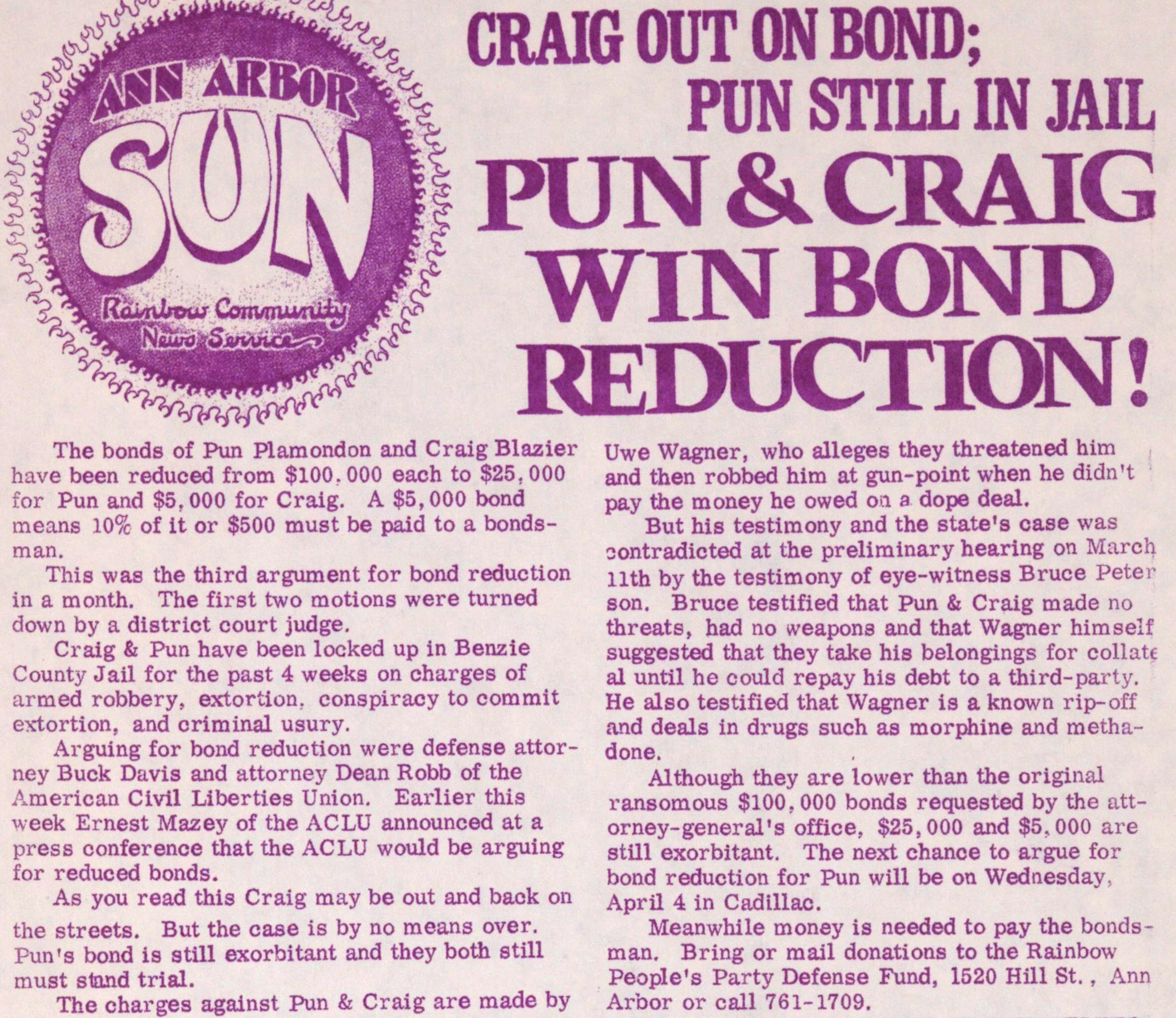 This was the third argument for bond reduction in a month. The first two motions were turned down by a district court judge.

Craig & Pun have been locked up in Benzie County Jail for the past 4 weeks on charges of armed robbery, extortion. conspiracy to commit extortion, and criminal usury.

Arguing for bond reduction were defense attorney Buck Davis and attorney Dean Robb of the American Civil Liberties Union. Earlier this week Ernest Mazey of the ACLU announced at a press conference that the ACLU would be arguing for reduced bonds.

As you read this Craig may be out and back on the streets. But the case is by no means over. Pun 's bond is still exorbitant and they both still must stand trial.

The charges against Pun & Craig are made by Uwe Wagner, who alleges they threatened him and then robbed him at gun-point when he didn't pay the money he owed on a dope deal.

But his testimony and the state's case was contradicted at the preliminary hearing on March 11th by the testimony of eye-witness Bruce Peterson. Bruce testified that Pun & Craig made no threats, had no weapons and that Wagner himself suggested that they take his belongings for collateral until he could repay his debt to a third-party. He also testified that Wagner is a known rip-off and deals in drugs such as morphine and methadone.

Although they are lower than the original ransomous $100,000 bonds requested by the attorney general 's office, $25,000 and $5,000 are still exorbitant. The next chance to argue for bond reduction for Pun will be on Wednesday, April 4 in Cadillac.