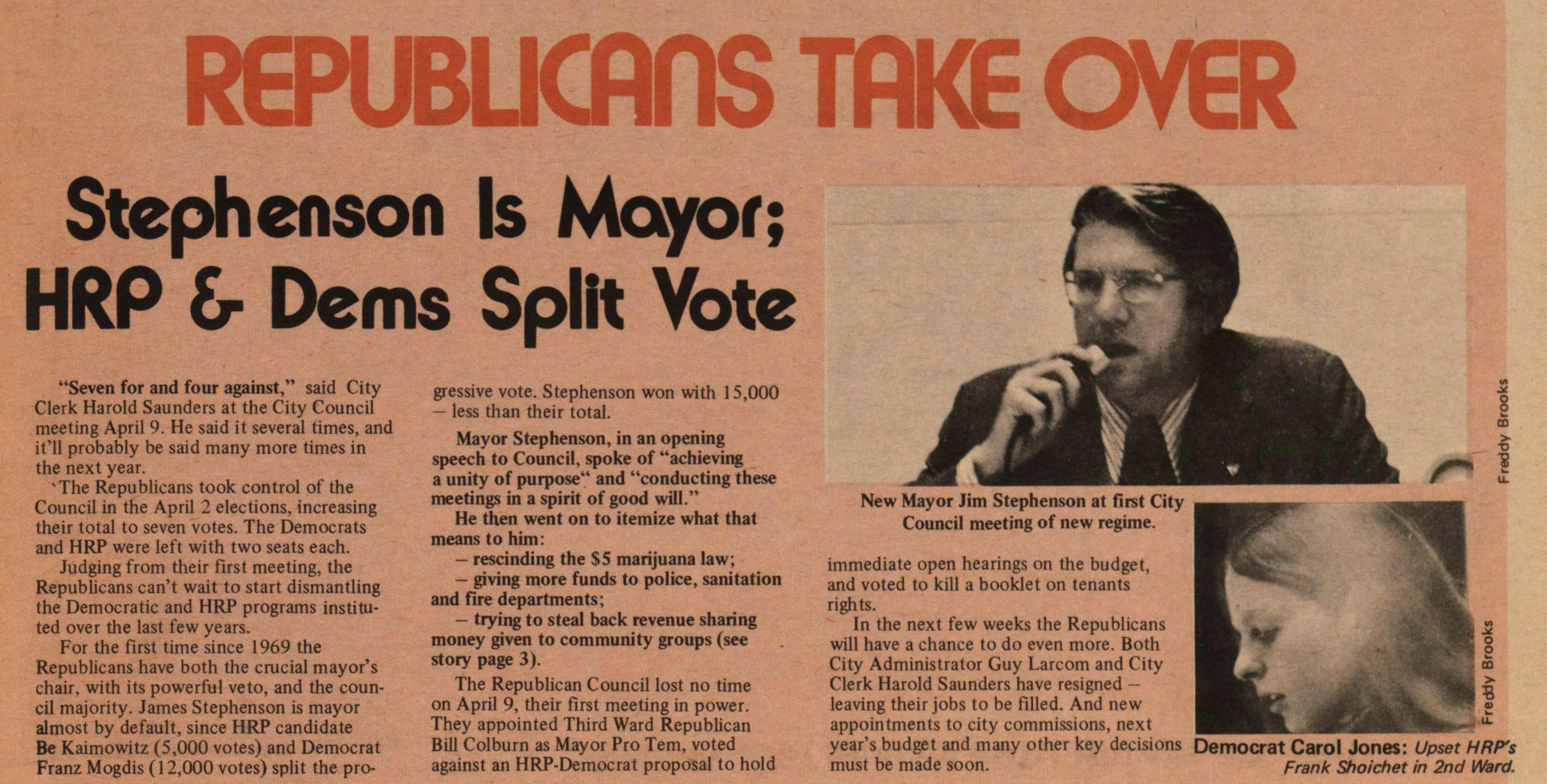 "Seven for and four against," said City Clerk Haroid Saunders at the City Council meeting April 9. He said it several times, and it'll probably be said many more times in the next year. 'The Republicans took control of the Council in the April 2 elections, increasing their total to seven votes. The Democrats and HRP were left with two seats each. Judging from their first meeting, the Republicans can't wait to start dismantling the Democratie and HRP programs instituted over the last few years. For the first time since 1 969 the Republicans have both the crucial mayor's chair, with its powerful veto, and the council majority. James Stephenson is mayor almost by default, since HRP candidate Be Kaimowitz (5,000 votes) and Democrat Franz Mogdis (12,000 votes) split the gressive vote. Stephenson won with 1 5,000 - less than their total. Mayor Stephenson, in an opening speech to Council, spoke of "achieving a unity of purpose" and "conducting these meetings in a spirit of good will." He Ken went on to itemize what that means to him: - rescinding the $5 marijuana law; - giving more funds to pólice, sanitation and fire departments; - trying to steal back revenue sharing money given to community groups (see story page 3). The Republican Council lost no time on April 9, their first meeting in power. They appointed Third Ward Republican Bill Colburn as Mayor Pro Tem, voted against an HRP-Democrat proposal to hold immediate open hearings on the budget, and voted to kill a booklet on tenants rights. In the next few weeks the Republicans will have a chance to do even more. Both City Administrator Guy Larcom and City Clerk Harold Saunders have resigned - leaving their jobs to be filled. And new appointments to city commissions, next year's budget and many other key decisions must be made soon.