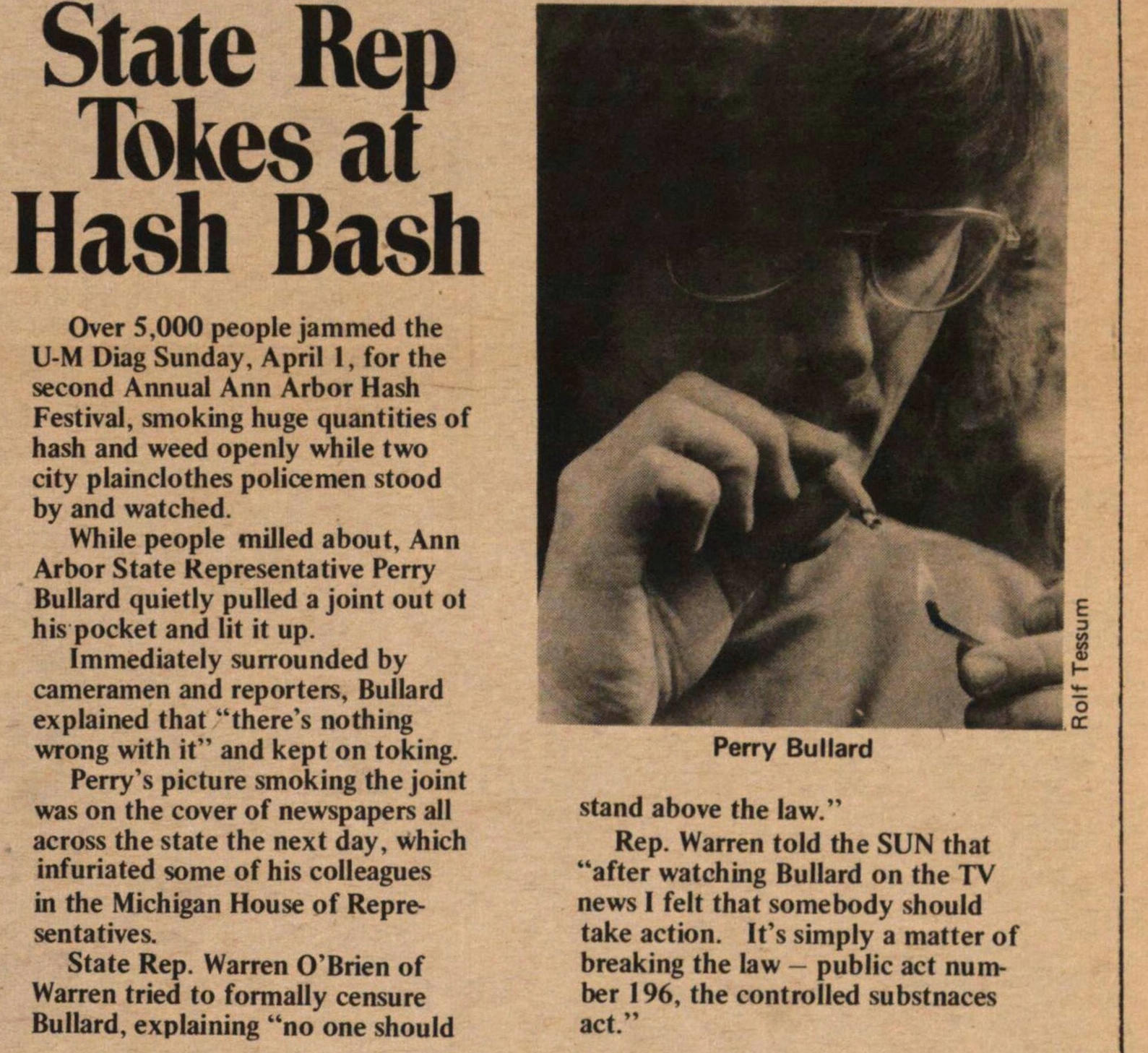 While people milled about, Ann Arbor State Representative Perry Bullard quietly pulled a joint out of his pocket and lit it up.

Immediately surrounded by cameramen and reporters, Bullard explained that "there's nothing wrong with it" and kept on toking.

Perry's picture smoking the joint was on the cover of newspapers all across the state the next day, which infuriated some of his colleagues in the Michigan House of Representatives.

State Rep. Warren O'Brien of Warren tried to formally censure Bullard, explaining "no one should stand above the law."

Rep. Warren told the SUN that "after watching Bullard on the TV news I felt that somebody should take action. It's simply a matter of breaking the law - public act number 196, the controlled substnaces act."