A Photo Gallery Of The Michigan State Police 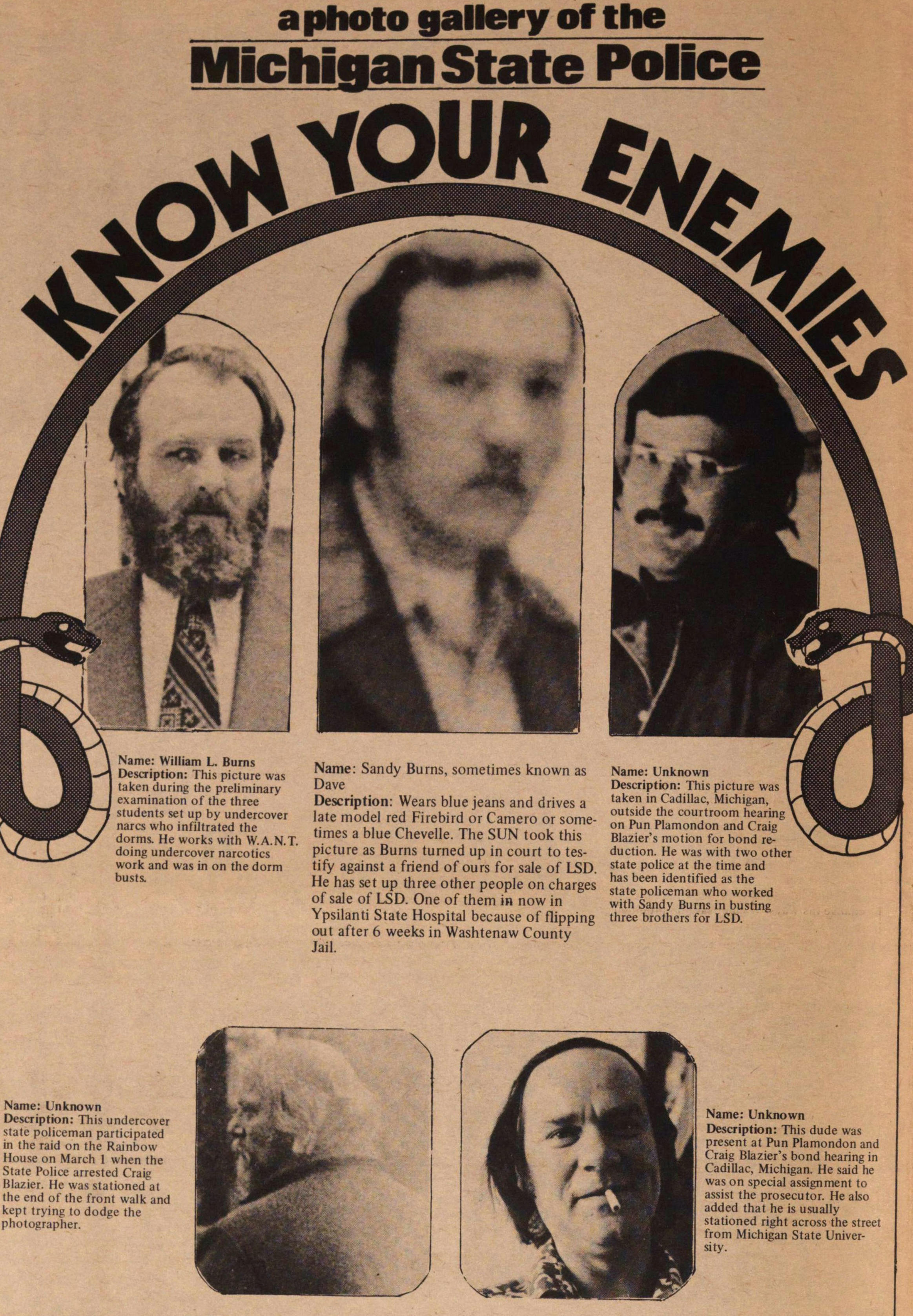 a photo gallery of the MICHIGAN STATE POLICE   KNOW YOUR ENEMIES

Name: William L. Burns.   Description: This picture was taken during the preliminary examination of the three students set up by undercover narcs who infiltrated the dorms. He works with W.A.N. T. doing undercover narcotics work and was in on the dorm busts.

Name: Sandy Burns, sometimes known as Dave.   Description: Wears blue jeans and drives a late model red Firebird or Camero or sometimes a blue Chevelle. The SUN took this picture as Burns turned up in court to testify against a friend of ours for sale of LSD. He has set up three other people on charges of sale of LSD. One of them in now in Ypsilanti State Hospital because of flipping out after 6 weeks in Washtenaw County Jail.

Name: Unknown.   Description: This picture was taken in Cadillac, Michigan, outside the courtroom hearing on Pun Plamondon and Craig Blazier's motion for bond reduction. He was with two other state police at the time and has been identified as the state policeman who worked with Sandy Burns in busting three brothers for LSD.

Name: Unknown.   Description: This undercover state policeman participated in the raid on the Rainbow House on March 1 when the State Police arrested Craig Blazier. He was stationed at the end of the front walk and kept trying to dodge the photographer.

Name: Unknown.   Description: This dude was present at Pun Plamondon and Craig Blazier's bond hearing in Cadillac, Michigan. He said he was on special assignment to assist the prosecutor. He also added that he is usually stationed right across the street from Michigan State University.