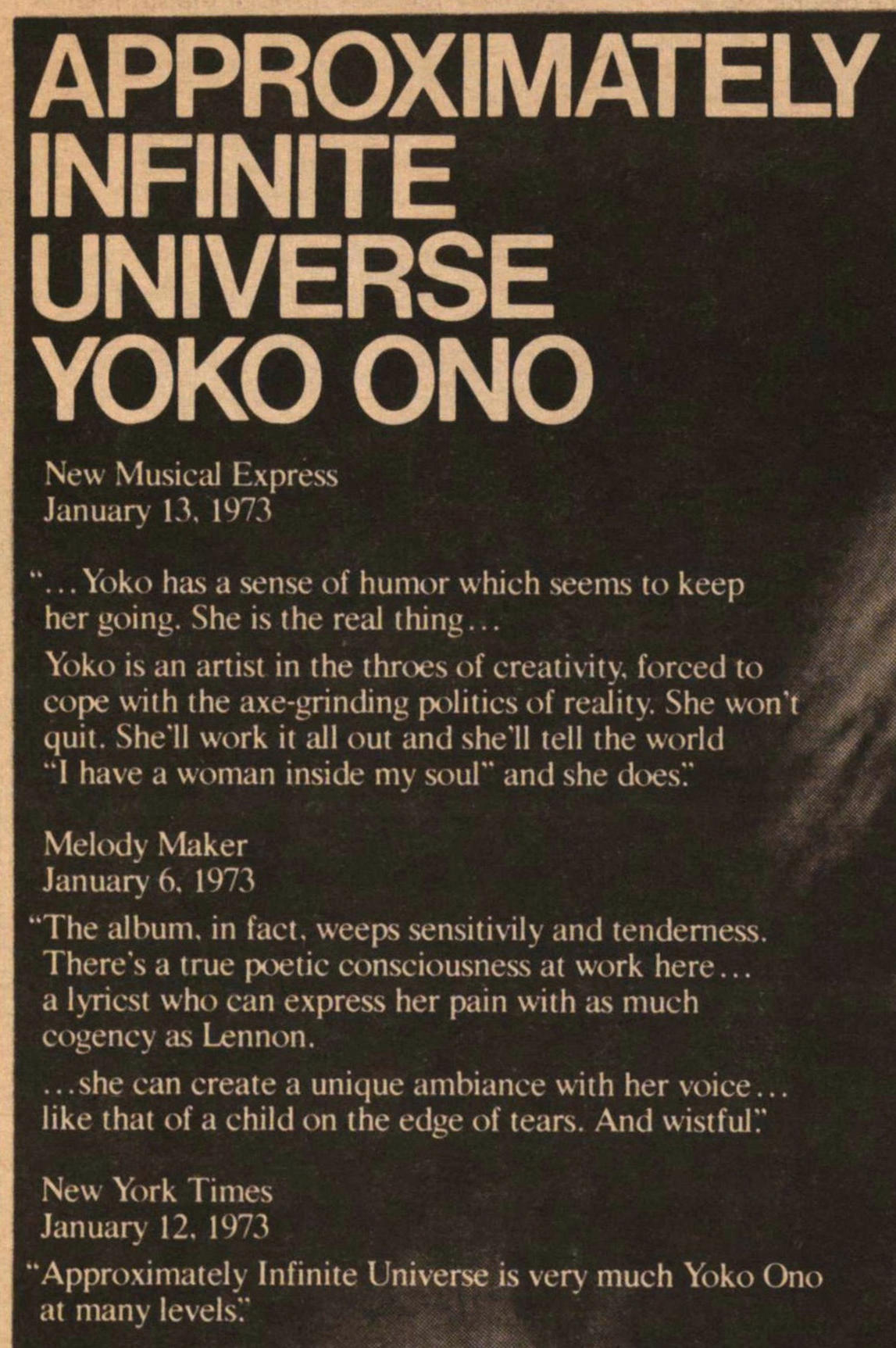 "...Yoko has a sense of humor which seems to keep her going.  She is the real thing...

Yoko is an artist in the throes of creativity, forced to cope with the axe-grinding politics of reality.  She won't quit.  She'll work it all out and she'll tell the world "I have a woman inside my soul" and she does."

"The album, in fact, weeps sensitivity and tenderness.  There's a true poetic consciousness at work here...a lyricist who can express her pain with as much cogency as Lennon.

...she can create a unique ambiance with her voice...like that of a child on the edge of tears.  And wistful."

"Approximately Infinite Universe is very much Yoko Ono at many levels."