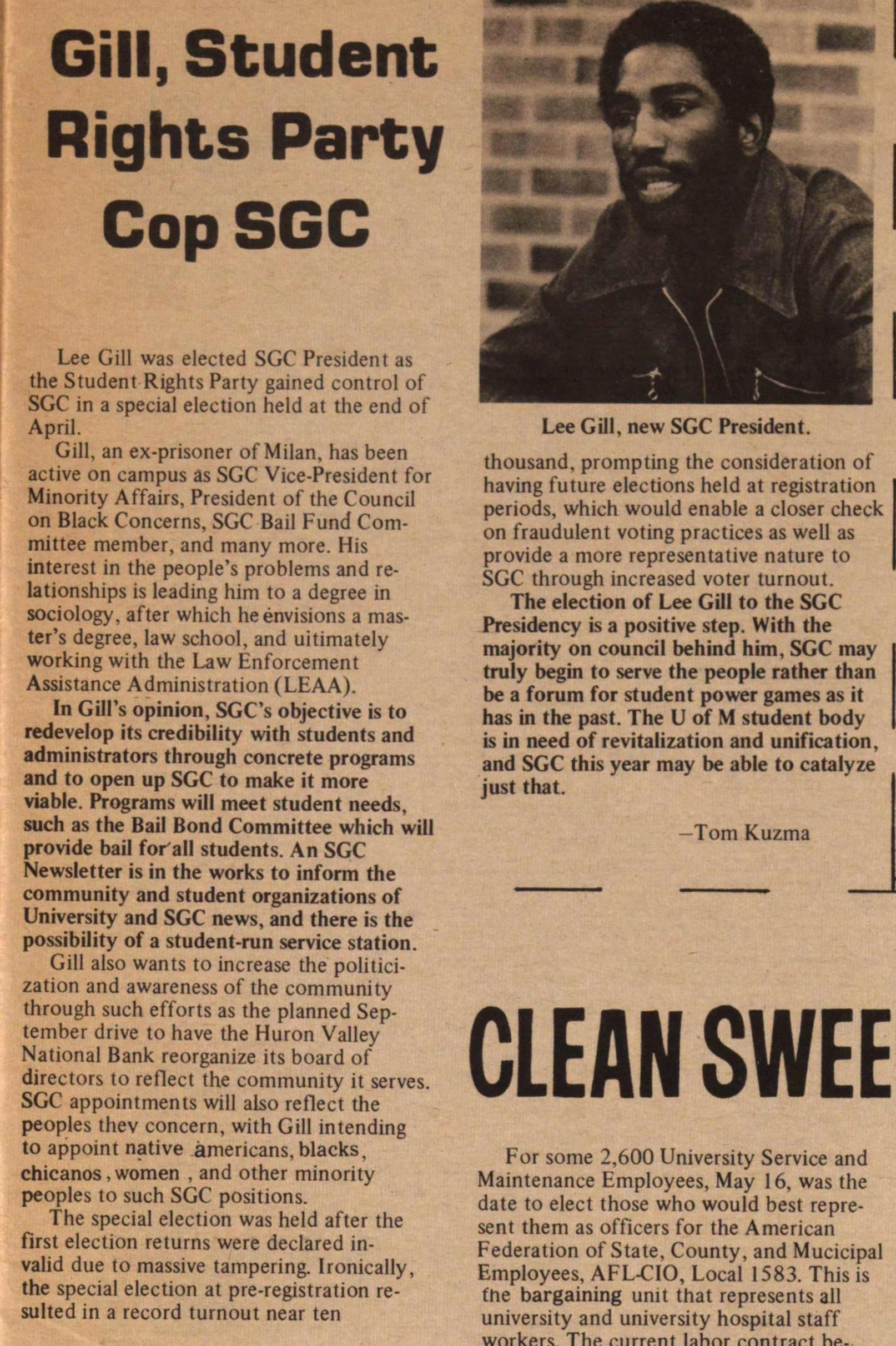 Lee Gill was elected SGC President as the Student Rights Party gained control of SGC in a special election held at the end of April. Gill, an ex-prisoner of Milan, has been active on campus as SGC Vice-President for Minority Affairs, President of the Council on Black Concerns, SGC Bail Fund Committee member, and many more. His interest in the people's problems and relationships is leading him to a degree in sociology, after which he envisions a master's degree, law school, and ultimately working with the Law Enforcement Assistance Administration (LEAA).
In Gill's opinion, SGC's objective is to redevelop its credibility with students and administrators through concrete programs and to open up SGC to make it more viable. Programs will meet student needs, such as the Bail Bond Committee which will provide bail for all students. An SGC Newsletter is in the works to inform the community and student organizations of University and SGC news, and there is the possibility of a student-run service station.
Gill also wants to increase the politicization and awareness of the community through such efforts as the planned September drive to have the Huron Valley National Bank reorganize its board of directors to reflect the community it serves. SGC appointments will also reflect the peoples thev concern, with Gill intending to appoint native americans, blacks, chícanos , women , and other minority peoples to such SGC positions.
The special election was held after the first election returns were declared invalid due to massive tampering. lronically, the special election at pre-registration resulted in a record turnout near ten thousand, prompting the consideration of having future elections held at registration periods, which would enable a closer check on fraudulent voting practices as well as provide a more representative nature to SGC through increased voter turnout.
The election of Lee Gill to the SGC Presidency is a positive step. With the majority on council behind him, SGC may truly begin to serve the people rather than be a forum for student power games as it has in the past. The U of M student body is in need of revitalization and unification, and SGC this year may be able to catalyze just that.