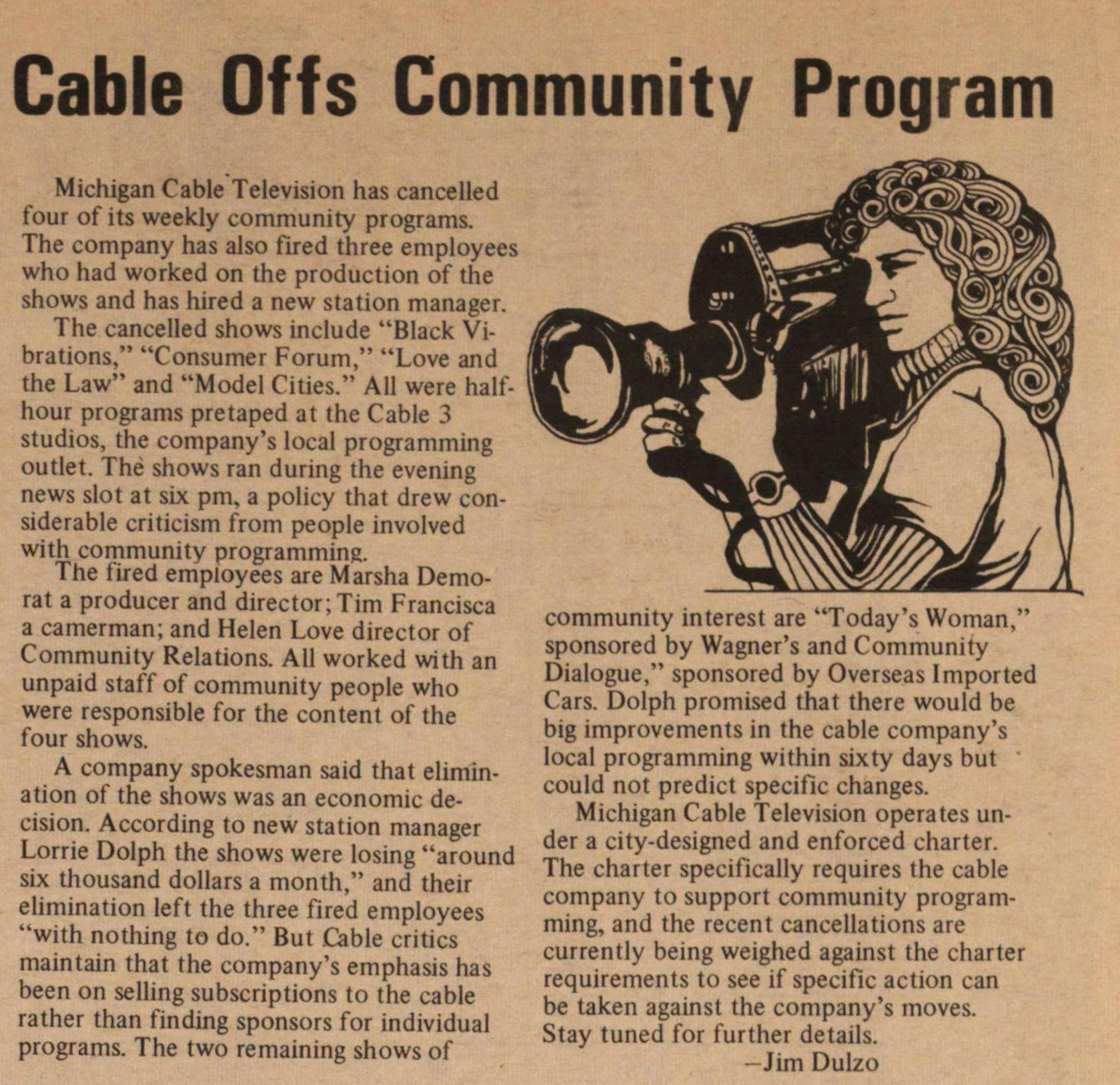 Michigan Cable Television has cancelled four of its weekly community programs. The company has also fired three employees who had worked on the production of the shows and has hired a new station manager.
The cancelled shows include "Black Vibrations," "Consumer Forum," "Love and the Law" and "Model Cities." All were half-hour programs pre-taped at the Cable 3 studios, the company's local programming outlet. The shows ran during the evening news slot at six pm, a policy that drew considerable criticism from people involved with community programming.
The fired employees are Marsha Demorat a producer and director; Tim Francisca a cameraman; and Helen Love director of Community Relations. All worked with an unpaid staff of community people who were responsible for the content of the four shows.
A company spokesman said that elimination of the shows was an economic decision. According to new station manager Lorrie Dolph the shows were losing "around six thousand dollars a month," and their elimination left the three fired employees "with nothing to do." But Cable critics maintain that the company's emphasis has been on selling subscriptions to the cable rather than finding sponsors for individual programs. The two remaining shows of community interest are "Today's Woman," sponsored by Wagner's and Community Dialogue," sponsored by Overseas Imported Cars. Dolph promised that there would be big improvements in the cable company's local programming within sixty days but could not predict specific changes.
Michigan Cable Television operates under a city-designed and enforced charter. The charter specifically requires the cable company to support community programming, and the recent cancellations are currently being weighed against the charter requirements to see if specific action can be taken against the company's moves. Stay tuned for further details.