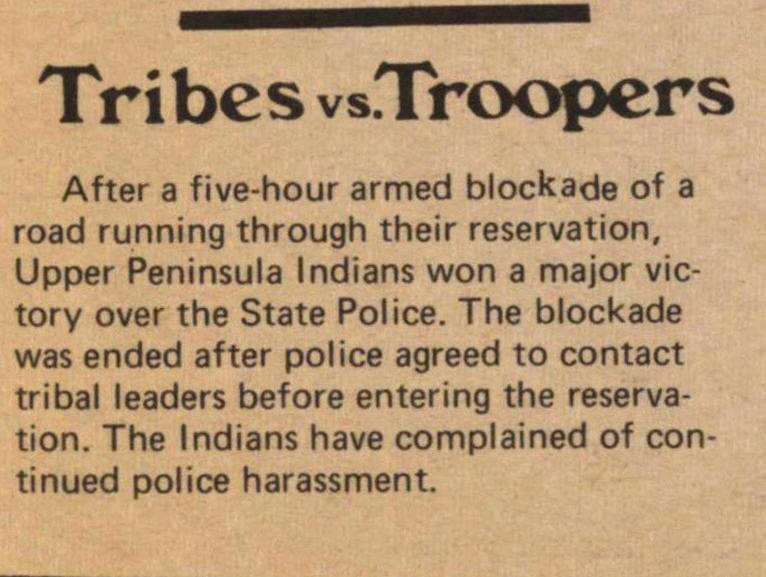 After a five-hour armed blockade of a road running through their reservation, Upper Peninsula Indians won a major victory over the State Police. The blockade was ended after police agreed to contact tribal leaders before entering the reservation. The Indians have complained of continued police harassment.