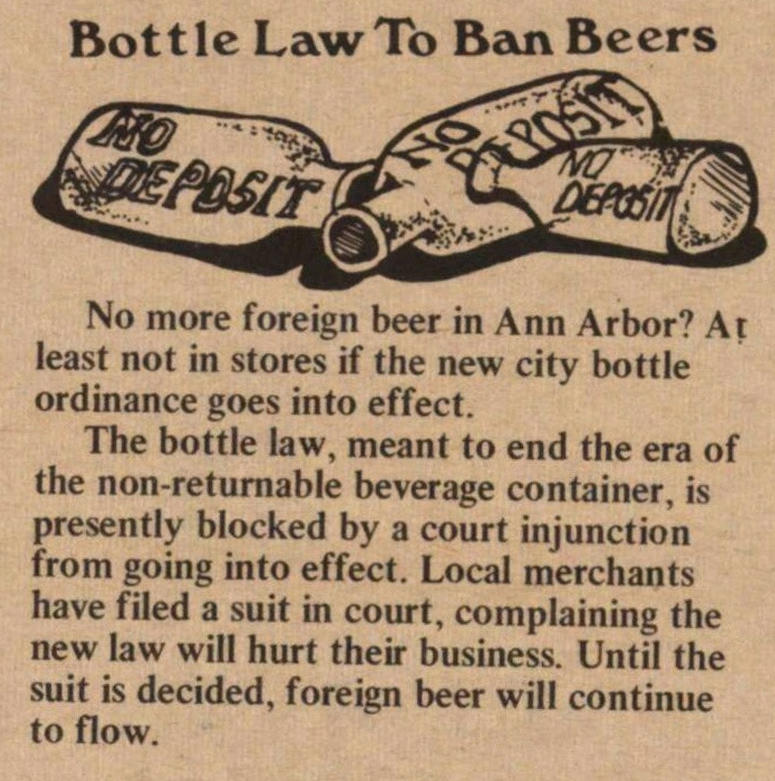 No more foreign beer in Ann Arbor? At least not in stores if the new city bottle ordinance goes into effect.

The bottle law, meant to end the era of the non-returnable beverage container, is presently blocked by a court injunction from going into effect. Local merchants have filed a suit in court, complaining the new law will hurt their business. Until the suit is decided, foreign beer will continue to flow.