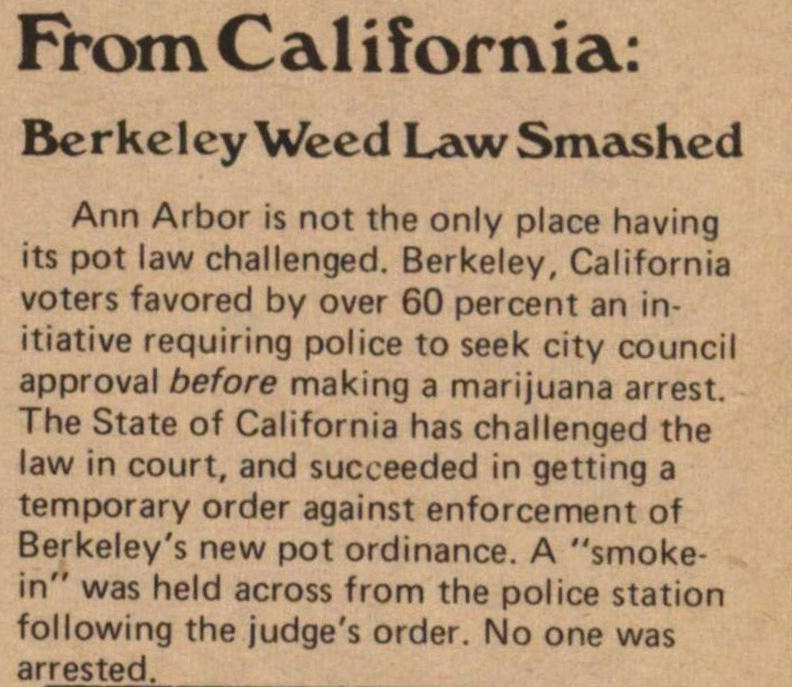 Ann Arbor is not the only place having its pot law challenged. Berkeley, California voters favored by over 60 percent an initiative requiring police to seek city council approval before making a marijuana arrest. The State of California has challenged the law in court, and succeeded in getting a temporary order against enforcement of Berkeley's new pot ordinance. A "smoke-in" was held across from the police station following the judge's order. No one was arrested.