Benefit For Pun And Craig 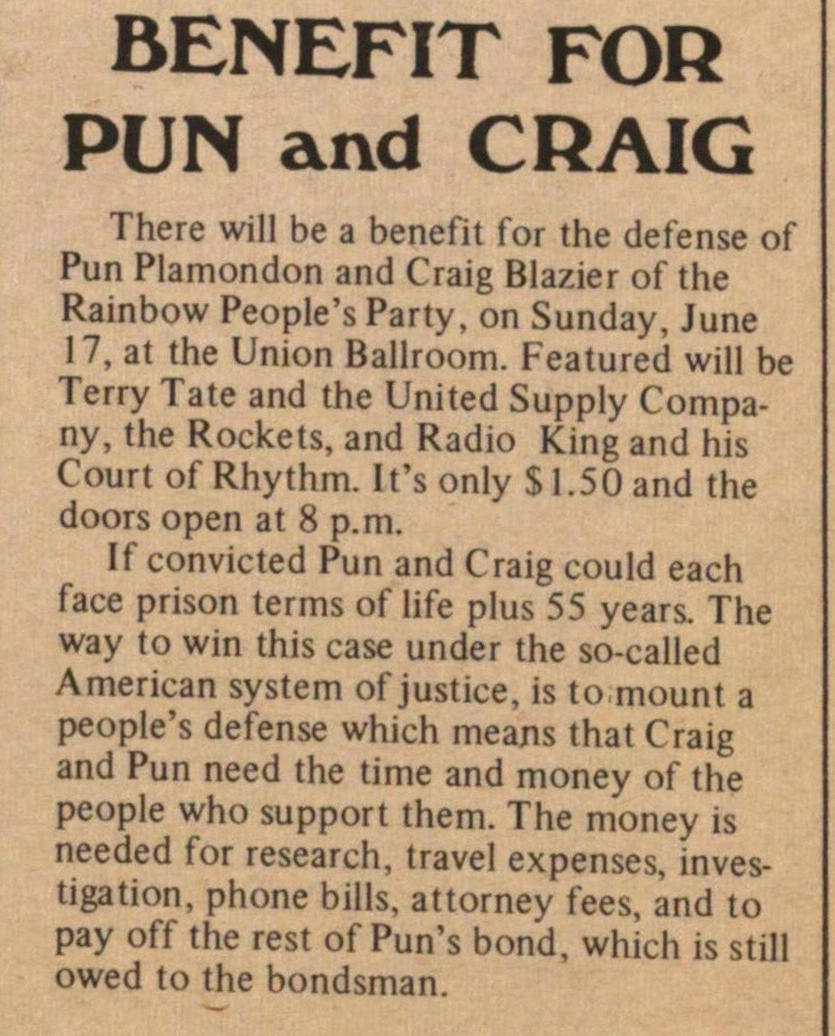 BENEFIT FOR PUN and CRAIG

There will be a benefit for the defense of Pun Plamondon and Craig Blazier of the Rainbow People's Party, on Sunday, June 17, at the Union Ballroom. Featured will be Terry Tate and the United Supply Company, the Rockets, and Radio King and his Court of Rhythm. It's only $1.50 and the doors open at 8 p.m. If convicted Pun and Craig could each face prison terms of life plus 55 years. The way to win this case under the so-called American system of justice, is to mount a people's defense which means that Craig and Pun need the time and money of the people who support them. The money is needed for research, travel expenses, investigation, phone bilis, attorney fees, and to pay off the rest of Pun's bond, which is still owed to the bondsman.