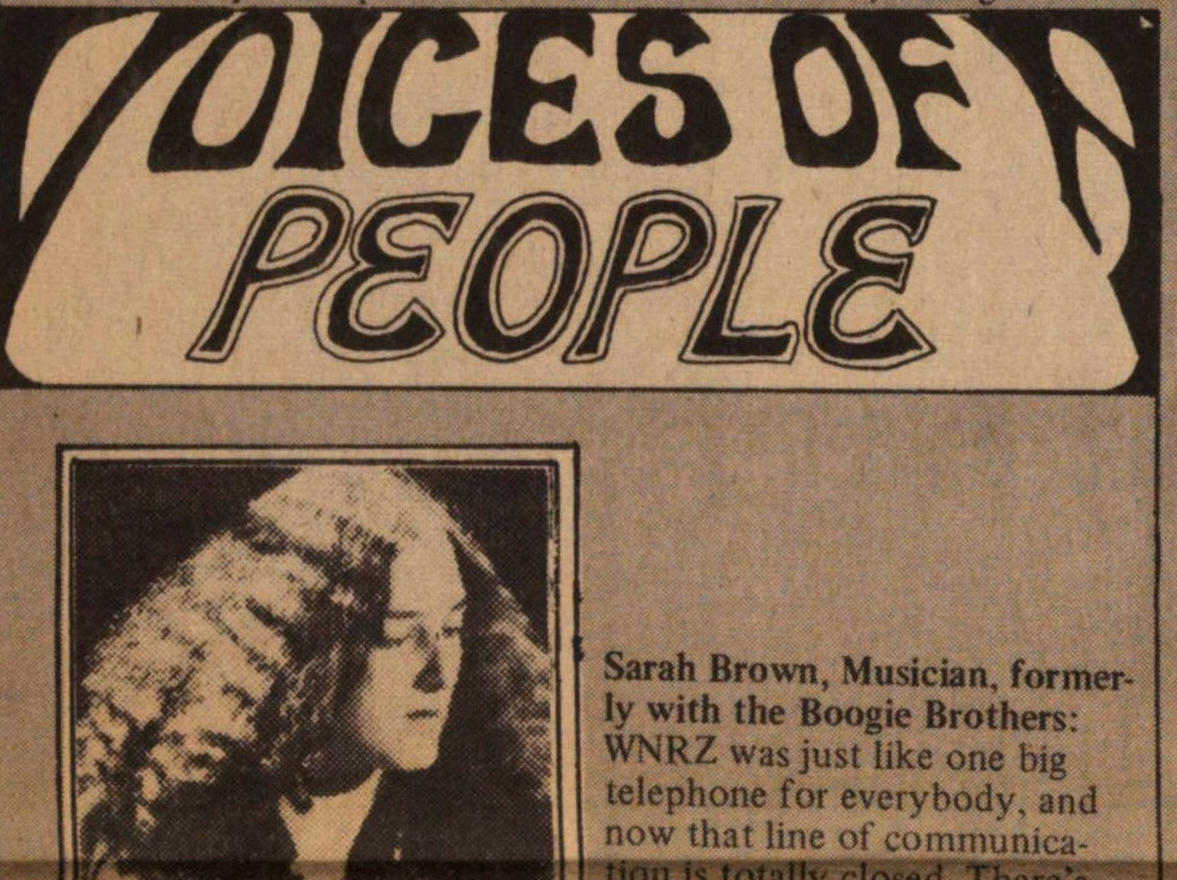 Sarah Brown, Musician, formerly with the Boogie Brothers: WNRZ was just like one big telephone for everybody and now that line of communication is totally closed. There's no other way to get around it, except word of mouth.

Bob Rudnick, WNRZ disc jockey: People try to define community radio; it's the human quality, which existed on 'NRZ, which made everyone feel a part of the station. That's the eighth radio station I've worked at. It's the only one where I felt like all my friends were just sitting there in our living room, getting high and playing jams for each other.

Congo Phil,Musician: Without WNRZ, local bands find it harder to get out publicity on their gigs. Now they have to pass out more flyers and sometimes that's real hard, because of the lack of money. And as a musician I could be inspired by hearing the records of other community musicians.

John Petrie, Discount Records manager: Most commercial radio stations have all sorts of programming rules that make it impossible to do creative, imaginative radio which serves the needs of the people. At WNRZ, the disc jockeys played what they wanted to play when the wanted to play it. To me that is good radio. That is the only kind of radio I can stand to listen to. All of the radio stations in Ann Arbor now play for the most part, music that we sell very little of in the store.