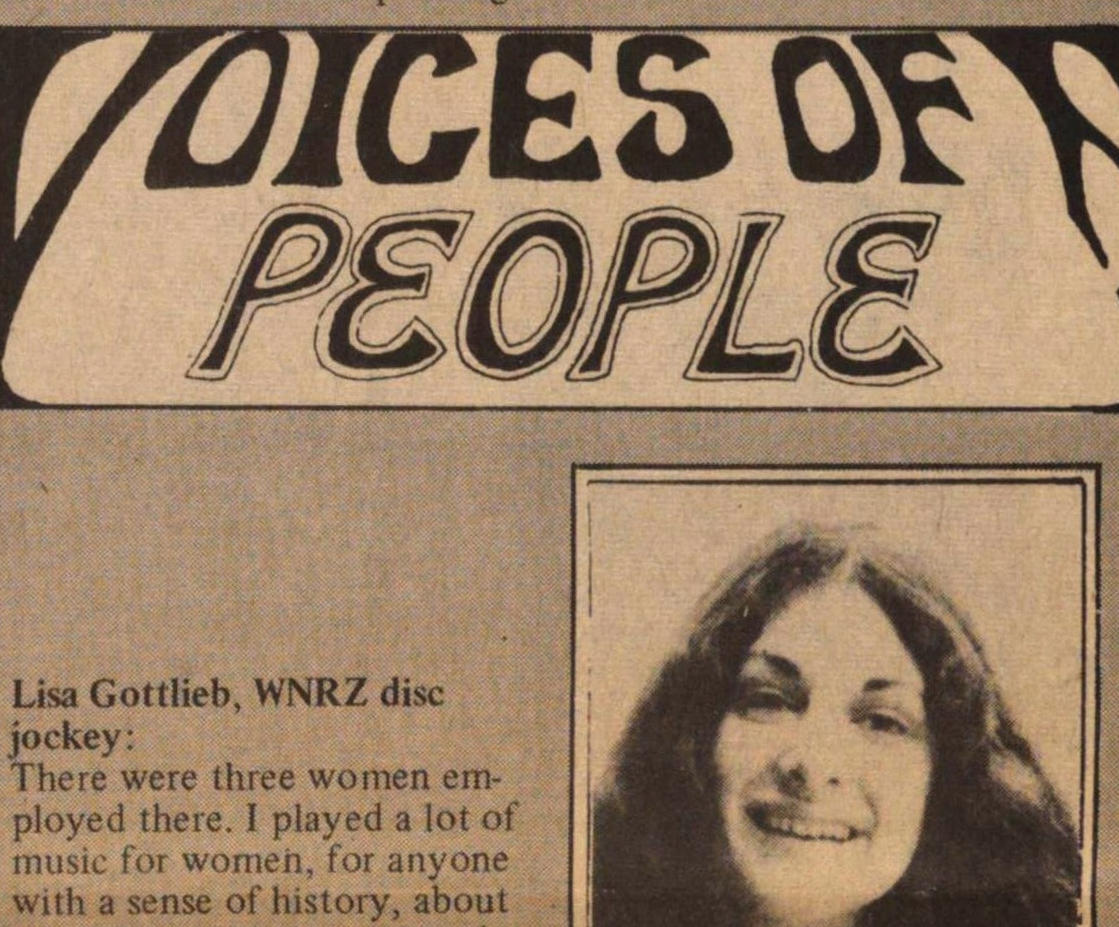 Lisa Gottlieb, WNRZ disc jockey: There were three women employed there. I played a lot of music for women, for anyone with a sense of history, about the part women have played in history.

Neil Lasher, WNRZ disc jockey: On CKLW, it's the same thing twenty fours a day. You never hear twenty or thirty minutes of continuous, artistically selected music; it's all play-listed and programmed. I tried to be aware of energy levels and to play appropriate music. I tried to play music that I felt most people liked.

Jeff Jones, Lightnin ' member: WNRZ was good for musicians. They were willing to play tapes of local bands. They were into the local music scene a lot; bands played live over WNRZ . The disc jockeys talked to musicians on the air.

Cy Fruchter, Promoter and radio veteran: The fact that WNRZ has been called a community radio station has to do with a particular situation in Ann Arbor. There is a cohesive alternative culture here which the radio should serve. When that radio station succeeds, and when it fails, the whole country knows about it. Community radio is playing the best possible radio on all levels . . . music, news, entertainment, drama, satire, information, and much more. On every possible level it must be a service and an art form.