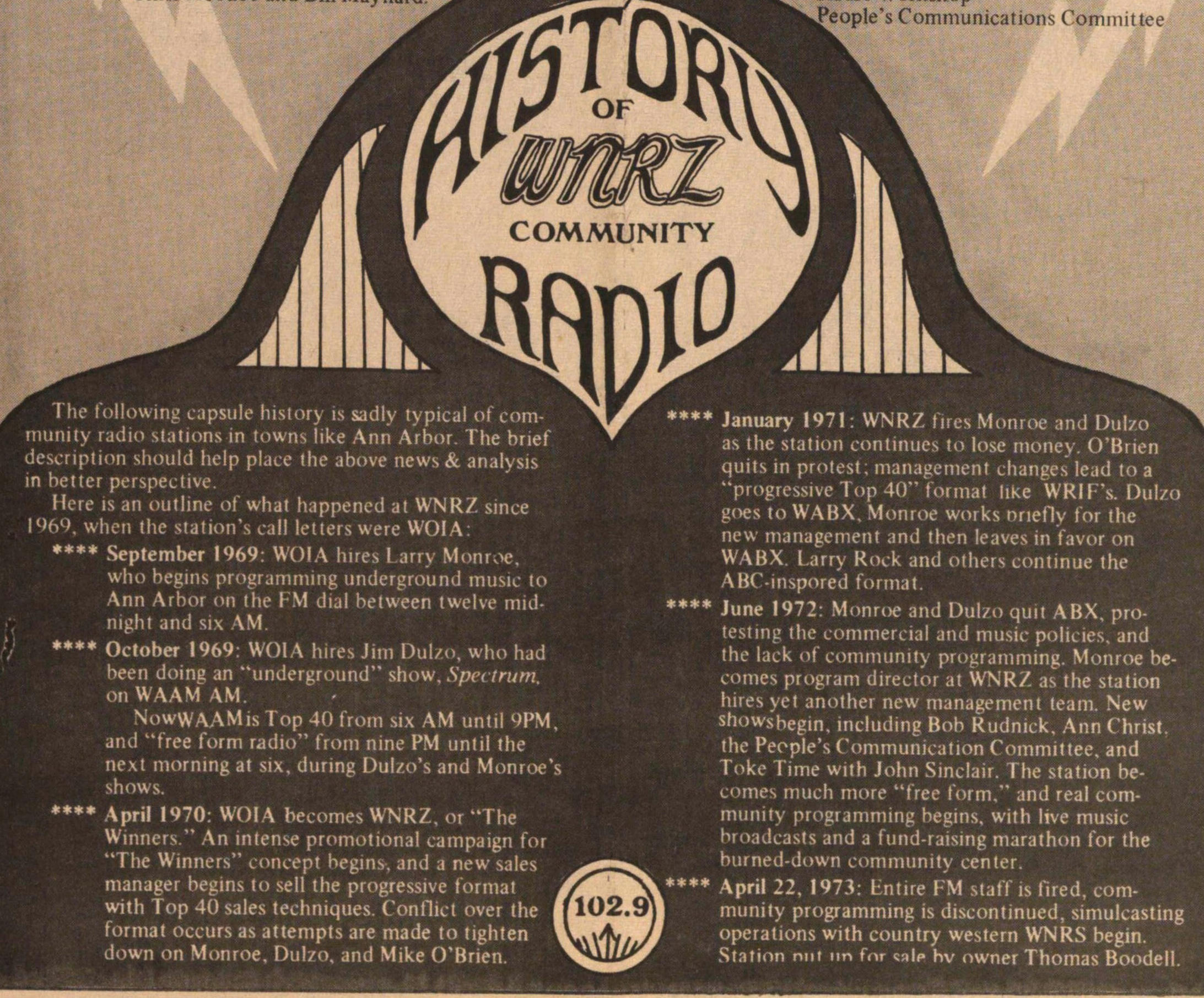 The following capsule history is sadly typical of community radio stations in towns like Ann Arbor.  The brief description should help place the above news & analysis in better perspective.

Here is an outline of what happened at WNRZ since 1969, when the station's call letters were WOIA:

***September 1969:  WOIA hires Larry Monroe, who begins programming underground music to Ann Arbor on the FM dial between twelve midnight and six AM.

***October 1969:  WOIZ hires Jim Dulzo, who had been doing an "underground" show Spectrum on WAAM AM.

Now WAAM is Top 40 from six AM until 9 PM, and "free form radio" from nine PM until the next morning at six, during Dulzo's and Monroe's shows.

***April 1970:  WOIA becomes WNRZ or "The Winners".  An intense promotional campaign for "The Winners" concept begins, and a new sales manager begins to sell the progressive format with Top 40 sales techniques.  Conflict over the format occurs as attempts are made to tighten down on Monroe, Dulzo, and Mike O'Brien.

***January 1971:  WNRZ fires Monroe and Dulzo as the station continues to lose money.  O'Brien quits in protest; management changes lead to a "progressive Top 40" format like WRIF's.  Dulzo goes to WABX, Monroe works briefly for the new management and then leaves in favor of WABX.  Larry Rock and others continue the ABC-inspired format.

***June 1972:  Monroe and Dulzo quit ABX, protesting the commercial and music policies, and the lack of community programming.  Monroe becomes program director at WNRZ as he station hires yet another new management team.  New shows begin, including Bob Rudnick, Ann Christ, the People's Communication Committee, and Toke Time with John Sinclair.  The station becomes much more "free form," and real community programming begins, with live music broadcasts and a fund-raising marathon for the burned-down community center.