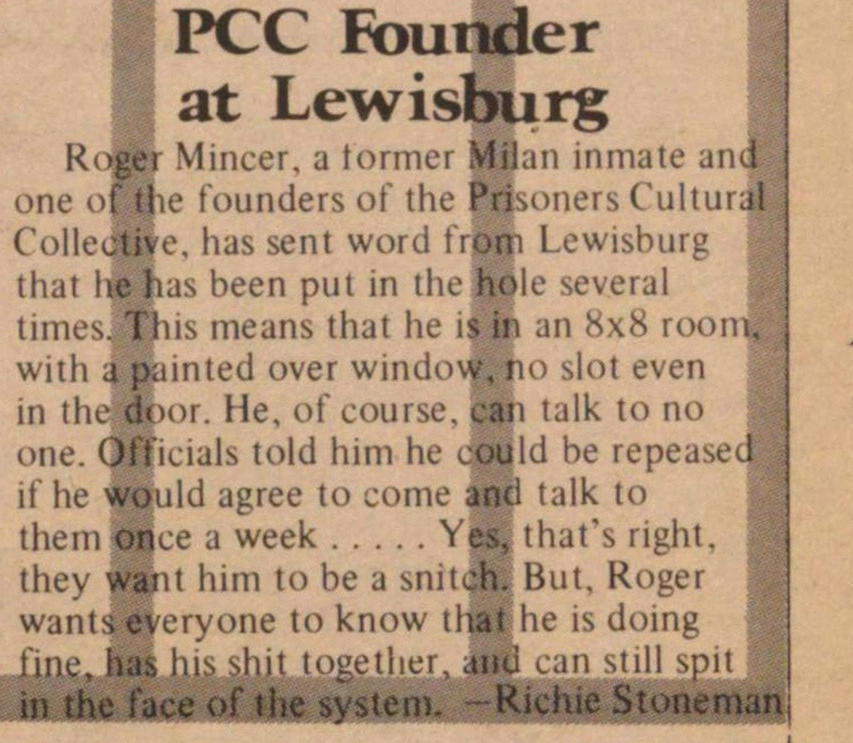 Roger Mincer, a former Milan inmate and one of the founders of the Prisoners Cultural Collective, has sent word from Lewisburg that he has been put in the hole several times. This means that he is in an 8x8 room, with a painted over window, no slot even in the door. He, of course, can talk to no one. Officials told him he could be repeased if he would agree to come and talk to them once a week ...Yes, that's right, they want him to be a snitch. But, Roger wants everyone to know that he is doing fine, has his shit together, and can still spit in the face of the system. -Richie Stoneman