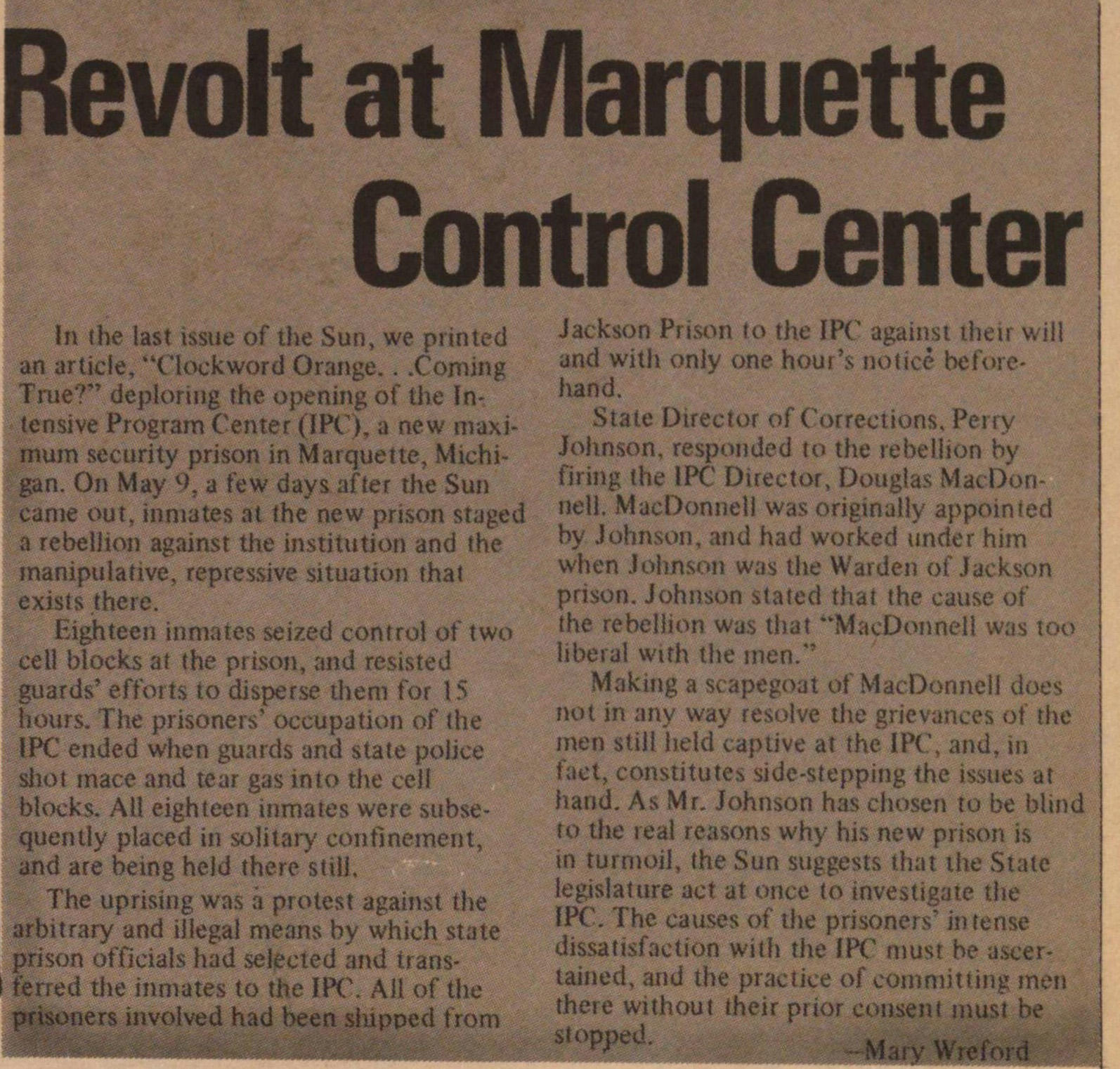 In die last issue of the Sun, we printed an article, "Clockword Orange. . .Coming True?" deploring the opening of the Intensive Program Center (IPC), a new maximum security prison in Marquette, Michigan. On May 9, a few days after the Sun came out, inmates at the new prison staged a rebellion against the institution and the manipulative, repressive situation that exists there.
Eighteen inmates seized control of two cell blocks at the prison, and resisted guards' effort to disperse them for 15 hours. The prisoners' occupation of the IPC ended when guards and state police shot mace and tear gas into the cell blocks. All eighteen inmates were subsequently placed in solitary confinement, and are being held there still.
The uprising was a protest against the arbitrary and illegal means by which state prison officials had selected and transferred the inmates to the IPC. All of the prisoners involved had been shipped from Jackson Prison to the IPC against their will and with only one hour's notice beforehand.
State Director of Corrections, Perry Johnson, responded to the rebellion by firing the IPC Director, Douglas MacDonnell. MacDonnell was originally appoint by Johnson, and had worked under him when Johnson was the Warden of Jackson prison. Johnson stated that the cause of the rebellion was that "MacDonnell was too liberal with the men.''
Making a scapegoat of MacDonnell not in any way resolve the grievances of men still held captive at the IPC, and, in fact constitutes, side-stepping the issues at hand. As Mr. Johnson has chosen to be blind to the real reasons why his new prison is in turmoil, the Sun suggests that the State legislature act at once to investigate the IPC. The cause of the prisoners' intense dissatisfaction with the IPC must be ascertained, and the practice of committing men there without their prior consent must be stopped.