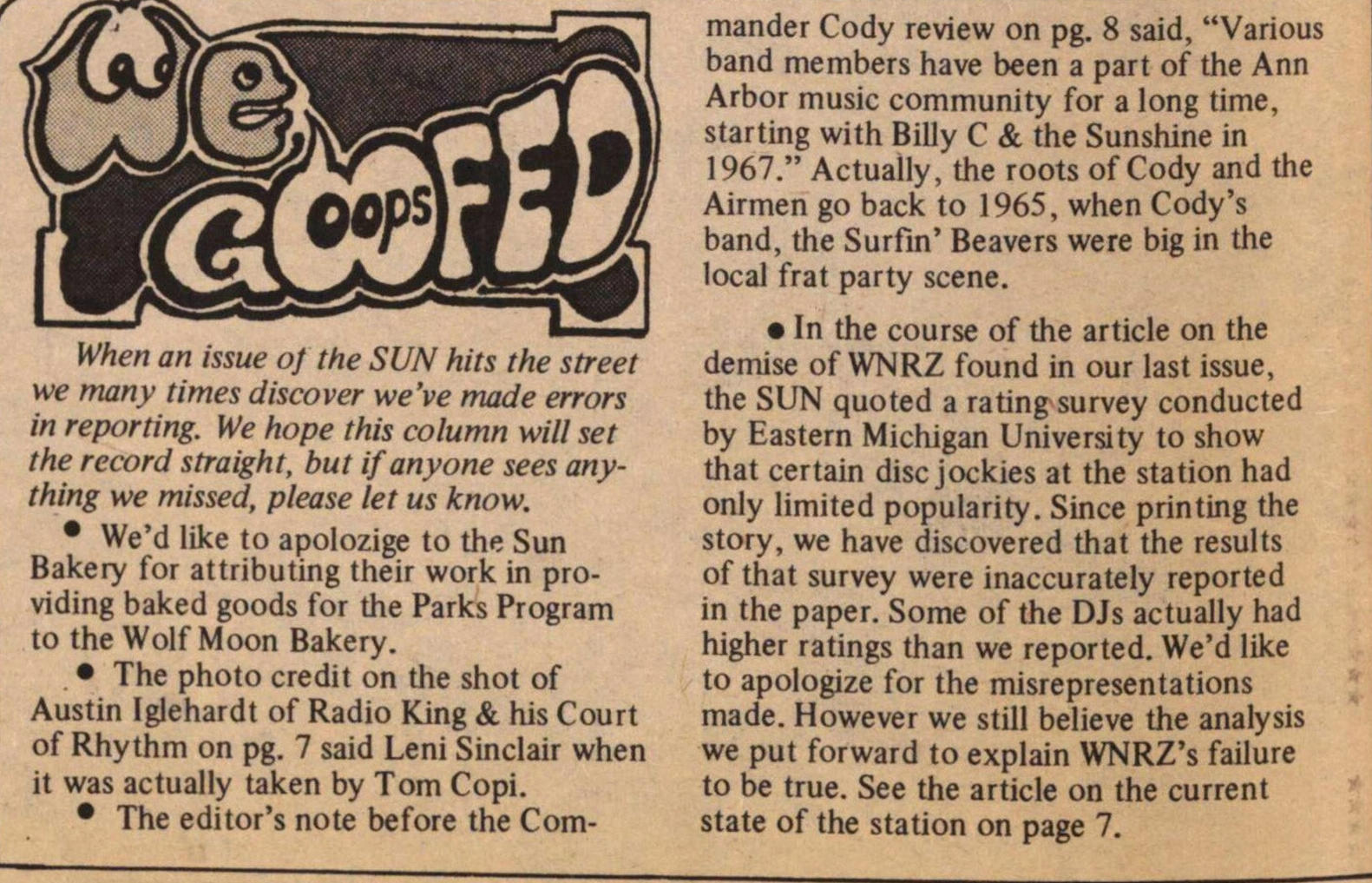 When an issue of the SUN hits the street we many times discover we've made errors in reporting. We hope this column will set the record straight, but if anyone sees anything we missed, please let us know.

We'd like to apologize to the Sun Bakery for attributing their work in providing baked goods for the Parks Program to the Wolf Moon Bakery.

The photo credit on the shot of Austin Iglehardt of Radio King & his Court of Rhythm on pg. 7 said Leni Sinclair when it was actually taken by Tom Copi.

The editor's note before the Commander Cody review on pg. 8 said, "Various band members have been a part of the Ann Arbor music community for a long time, starting with Billy C & the Sunshine in 1967." Actually, the roots of Cody and the Airmen go back to 1965, when Cody 's band, the Surfin'   Beavers were big in the local frat party scene.

In the course of the article on the demise of WNRZ found in our last issue, the SUN quoted a rating survey conducted by Eastern Michigan University to show that certain disc jockeys at the station had only limited popularity. Since printing the story, we have discovered that the results of that survey were inaccurately reported in the paper. Some of the DJs actually had higher ratings than we reported. We'd like to apologize for the misrepresentations made. However we still believe the analysis we put forward to explain WNRZ's failure to be true. See the article on the current state of the station on page 7.