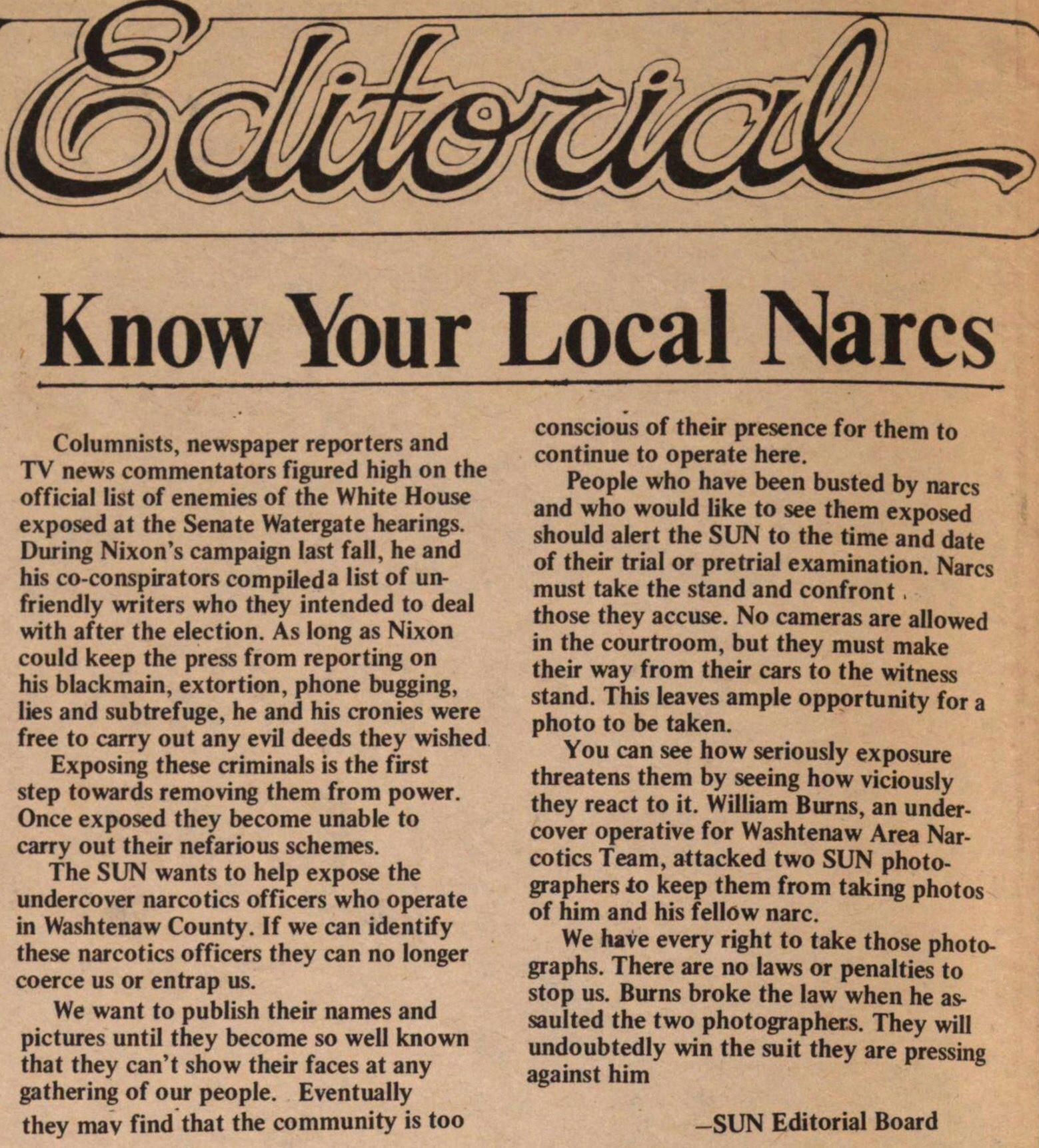 Columnists, newspaper reporters and TV news commentators figured high on the official list of enemies of the White House exposed at the Senate Watergate hearings. During Nixon's campaign last fall. he and his co-conspirators compiled a list of unfriendly writers who they intended to deal with after the election. As long as Nixon could keep the press from reporting on his blackmail, extortion, phone bugging, lies and subterfuge, he and his cronies were free to carry out any evil deeds they wished.

Exposing these criminals is the first step towards removing them from power. Once exposed they become unable to carry out their nefarious schemes.

We want to publish their names and pictures until they become so well known that they can't show their faces at any gathering of our people. Eventually they may find that the community is too conscious of their presence for them to continue to operate here.

People who have been busted by nares and who would like to see them exposed should alert the SUN to the time and date of their trial or pretrial examination. Nares must take the stand and confront , those they accuse. No cameras are allowed in the courtroom, but they must make their way from their cars to the witness stand. This leaves ample opportunity for a photo to be taken.

You can see how seriously exposure threatens them by seeing how viciously they react to it. William Burns, an undercover operative for Washtenaw Area Narcotics Team, attacked two SUN photographers to keep them from taking photos of him and his fellow narc.

We have every right to take those photographs. There are no laws or penalties to stop us. Burns broke the law when he assaulted the two photographers. They will undoubtedly win the suit they are pressing against him