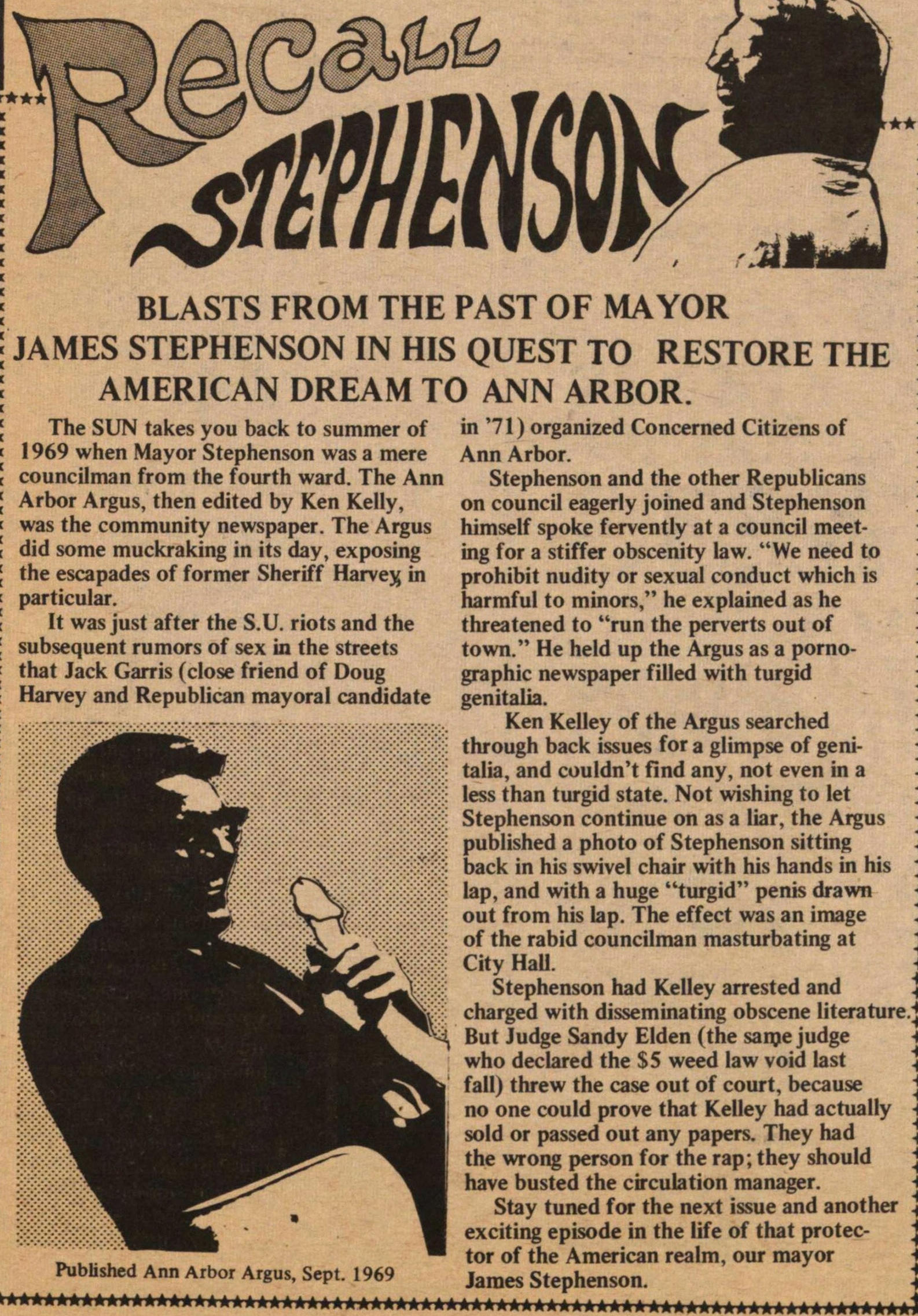 The SUN takes you back to summer of 1969 when Mayor Stephenson was a mere councilman from the fourth ward. The Ann Arbor Argus, then edited by Ken Kelly, was the community newspaper. The Argus did some muckraking in its day, exposing the escapades of former Sheriff Harvey in particular.

It was just after the S.U. riots and the subsequent rumors of sex in the streets that Jack Garrís (close friend of Doug Harvey and Republican mayoral candidate in '71) organized Concerned Citizens of Ann Arbor.

Stephenson and the other Republicans on council eagerly joined and Stephenson himself spoke fervently at a council meeting for a stiffer obscenity law. "We need to prohibit nudity or sexual conduct which is harmful to minors," he explained as he threatened to "run the perverts out of town." He held up the Argus as a pornographic newspaper filled with turgid genitalia.

Stephenson had Kelley arrested and ] charged with disseminating obscene literature. But Judge Sandy Elden (the same judge who declared the $5 weed law void last fall) threw the case out of court, because no one could prove that Kelley had actually sold or passed out any papers. They had the wrong person for the rap; they should have busted the circulation manager.

Stay tuned for the next issue and another exciting episode in the life of that protector of the American realm, our mayor James Stephenson.