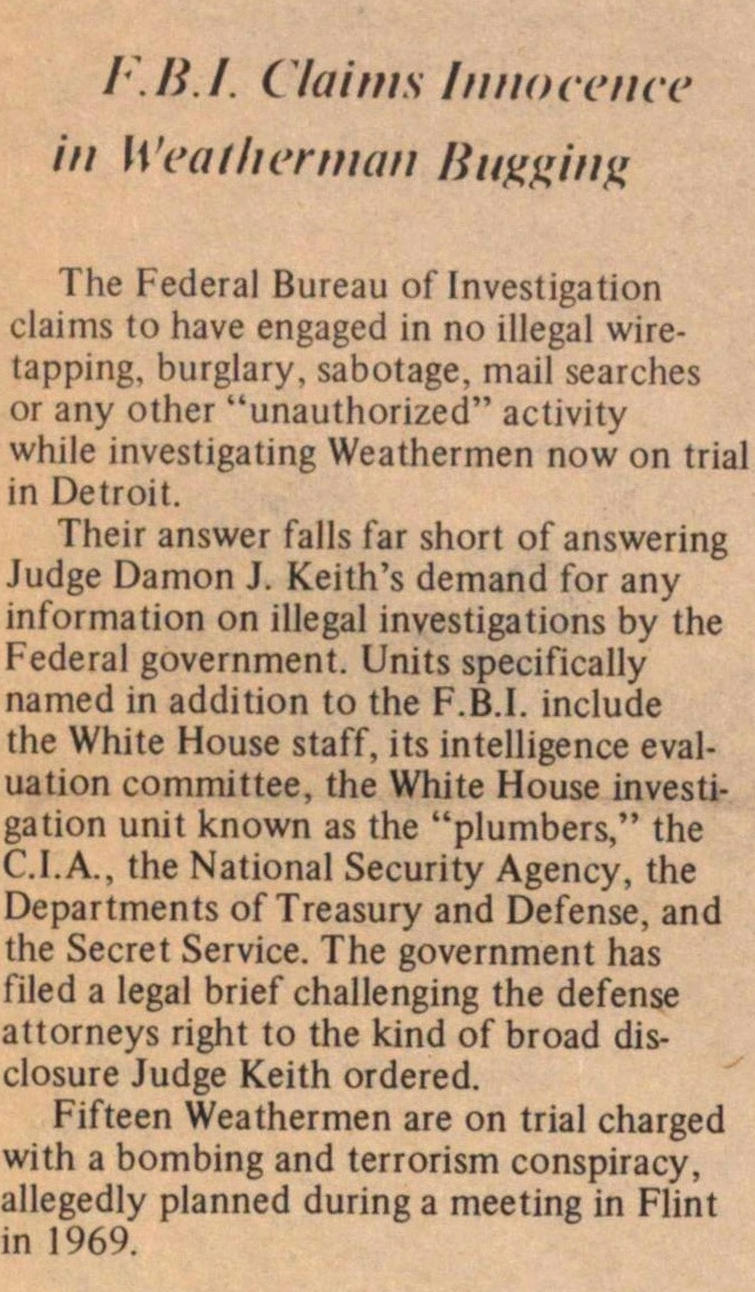 The Federal Bureau of Investigation claims to have engaged in no illegal wiretapping, burglary, sabotage, mail searches or any other "unauthorized" activity while investigating Weathermen now on trial in Detroit.

Their answer falls far short of answering Judge Damon J. Keith's demand for any information on illegal investigations by the Federal government. Units specifically named in addition to the F.B.I. include the White House staff, its intelligence evaluation committee, the White House investigation unit known as the "plumbers," the C.I.A., the National Security Agency, the Departments of Treasury and Defense, and the Secret Service. The government has filed a legal brief challenging the defense attorneys right to the kind of broad disclosure Judge Keith ordered.

Fifteen Weathermen are on trial charged with a bombing and terrorism conspiracy, allegedly planned during a meeting in Flint in 1969.