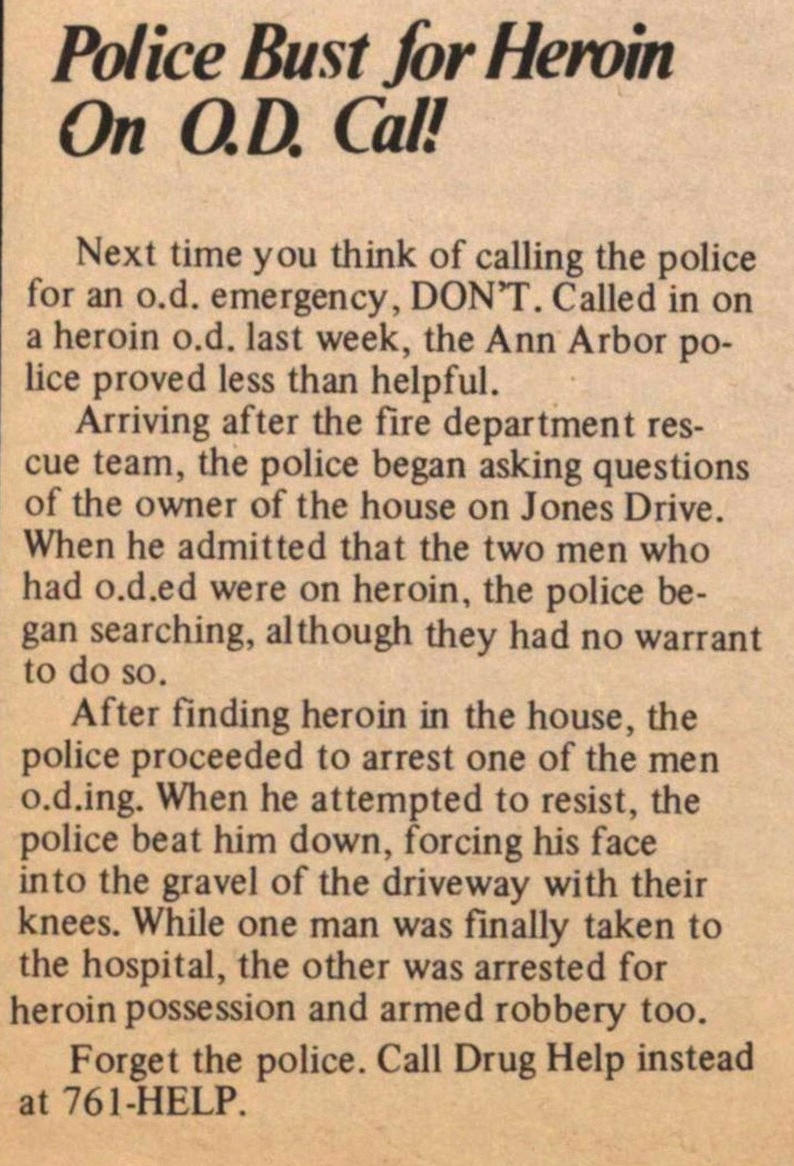 Next time you think of calling the police for an o.d. emergency, DON’T. Called in on a heroin o.d. last week, the Ann Arbor police proved less than helpful.

Arriving after the fire department rescue team, the police began asking questions of the owner of the house on Jones Drive. When he admitted that the two men who had o.d.ed were on heroin, the police began searching, although they had no warrant to do so.

After finding heroin in the house, the police proceeded to arrest one of the men o.d.ing. When he attempted to resist, the police beat him down, forcing his face into the gravel of the drive way with their knees. While one man was finally taken to the hospital, the other was arrested for heroin possession and armed robbery too.

Forget the police. Call Drug Help instead at 761-HELP.