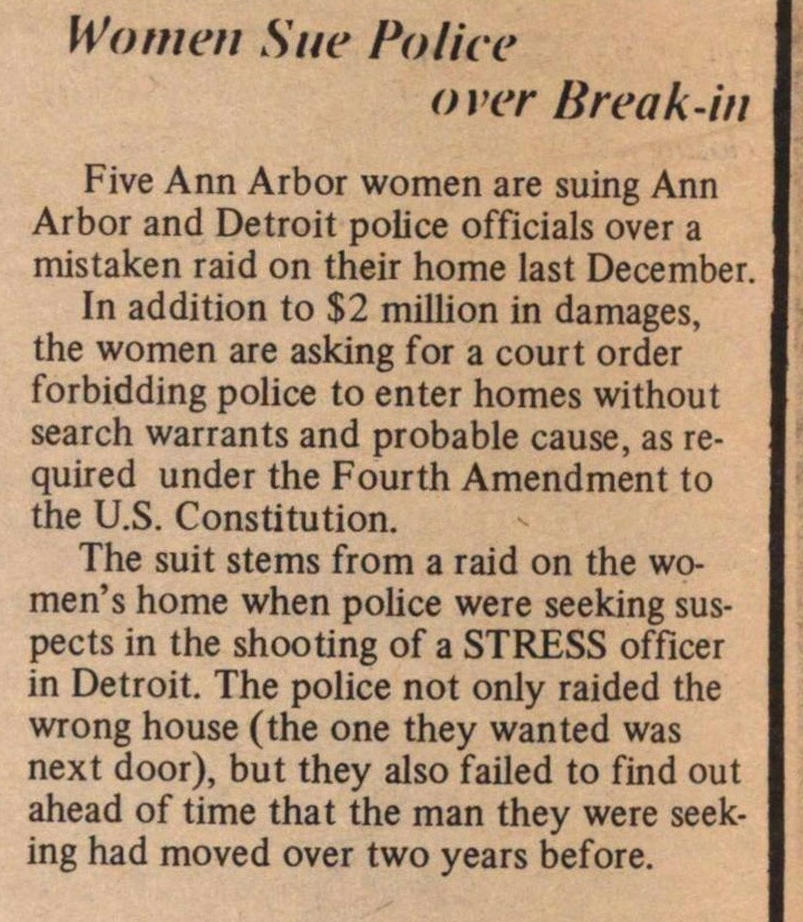 In addition to $2 million in damages, the women are asking for a court order forbidding police to enter homes without search warrants and probable cause, as required under the Fourth Amendment to the U.S. Constitution.

The suit stems from a raid on the women's home when police were seeking suspects in the shooting of a STRESS officer in Detroit. The police not only raided the wrong house (the one they wanted was next door), but they also failed to find out ahead of time that the man they were seeking had moved over two years before.