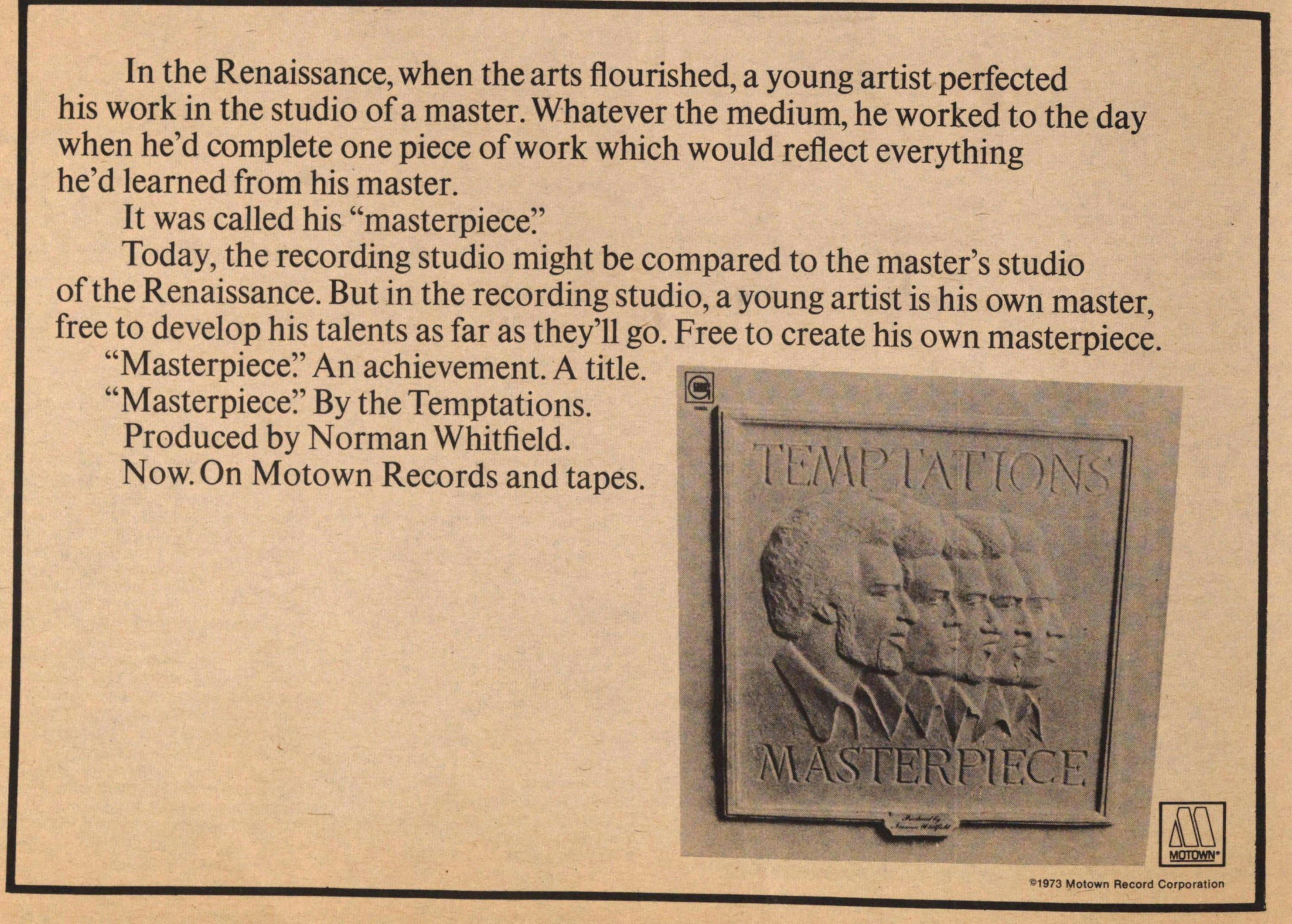 In the Renaissance, when the arts flourished, a young artist perfected his work in the studio of a master. Whatever the medium, he worked to the day when he'd complete one piece of work which would reflect everything he'd learned from his master.

It was called his "masterpiece."

"Masterpiece." An achievement. A title.

"Masterpiece." By the Temptations.

Now on Motown Records and tapes.