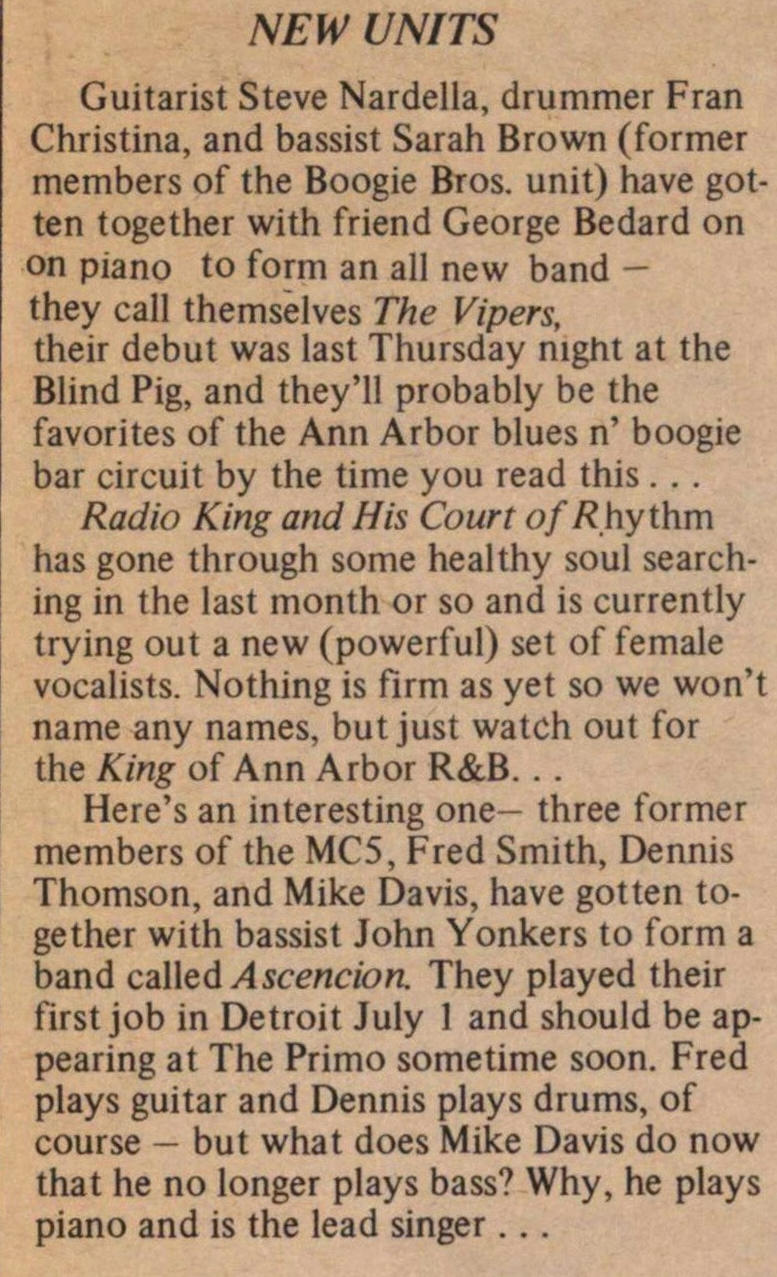 Guitarist Steve Nardella, drummer Fran Christina, and bassist Sarah Brown (former members of the Boogie Bros. unit) have gotten together with friend George Bedard on piano to form an all new band - they call themselves The Vipers.  Their debut was last Thursday night at the Blind Pig, and they'll probably be the favorites of the Ann Arbor blues n' boogie bar circuit by the time you read this . . .

Radio King and His Court of Rhythm has gone through some healthy soul searching in the last month or so and is currently trying out a new (powerful) set of female vocalists. Nothing is firm as yet so we won't name any names, but just watch out for the King of Ann Arbor R&B. . .

Here's an interesting one- three former members of the MC5, Fred Smith, Dennis Thomson, and Mike Davis, have gotten together with bassist John Yonkers to form a band called Ascencion. They played their first job in Detroit July 1 and should be appearing at The Primo sometime soon. Fred plays guitar and Dennis plays drums, of course - but what does Mike Davis do now that he no longer plays bass? Why, he plays piano and is the lead singer . . .