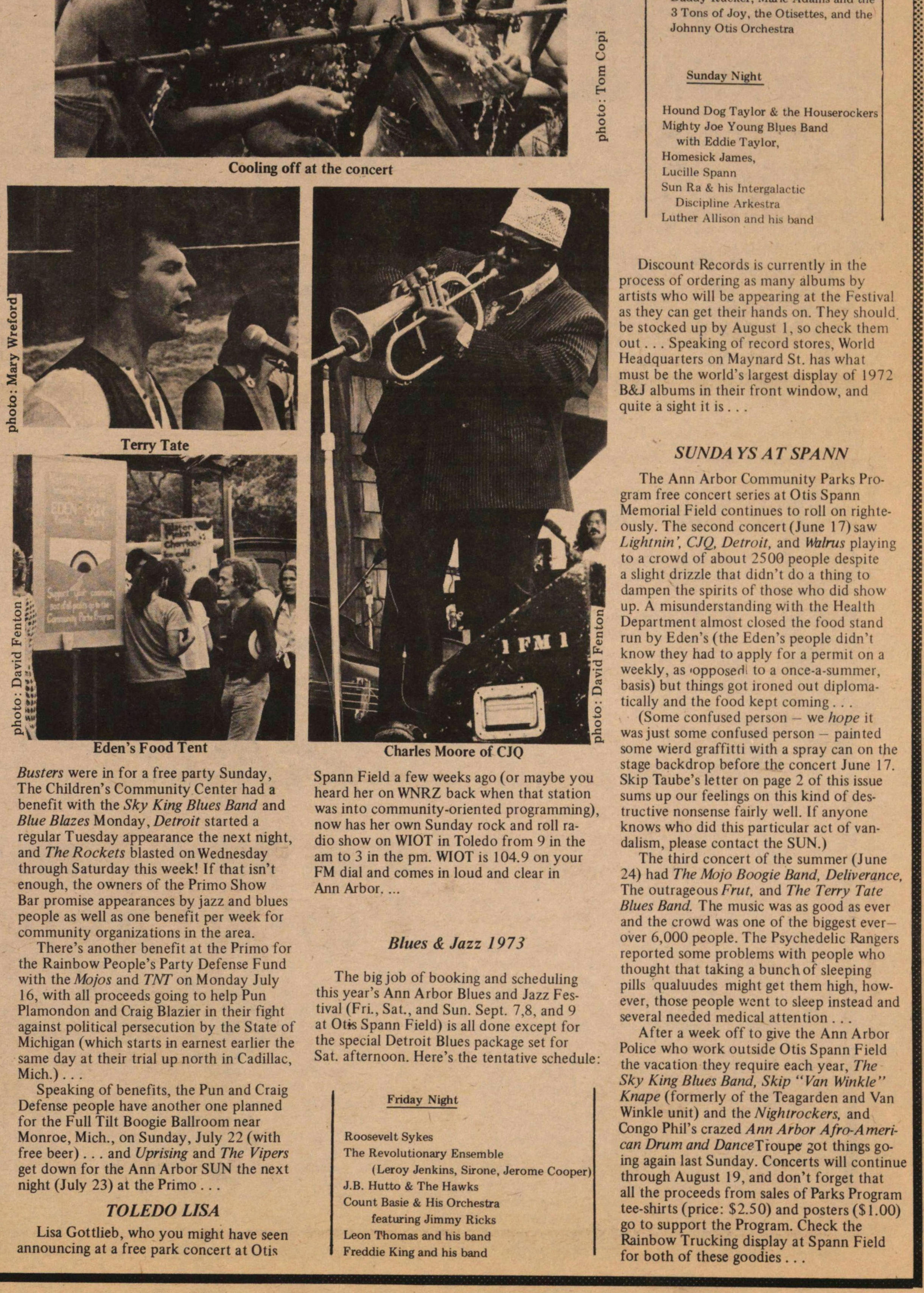 The Ann Arbor Community Parks Program free concert series at Otis Spann Memorial Field continues to roll on righteously. The second concert (June 17) saw Lightnin ', CJQ, Detroit, and Walrus playing to a crowd of about 2500 people despite a slight drizzle that didn't do a thing to dampen the spirits of those who did show up. A misunderstanding with the Health Department almost closed the food stand run by Eden's (the Eden's people didn't know they had to apply tor a permit on a weekly, as opposed to a once-a-summer, basis) but things got ironed out diplomatically and the food kept coming . . .

(Some confused person - we hope it was just some confused person - painted some weird graffiti with a spray can on the stage backdrop before the concert June 17. Skip Taube's letter on page 2 of this issue sums up our feelings on this kind of destructive nonsense fairly well. If anyone knows who did this particular act of vandalism, please contact the SUN.)

The third concert of the summer (June 24) had The Mojo Boogie Band, Deliverance, The outrageous Frut, and The Terry Tate Blues Band. The music was as good as ever and the crowd was one of the biggest ever- over 6,000 people. The Psychedelic Rangers reported some problems with people who thought that taking a bunch of sleeping pills quaaludes might get them high, however, those people went to sleep instead and several needed medical attention . . .

After a week off to give the Ann Arbor Police who work outside Otis Spann Field the vacation they require each year, The Sky King Blues Band, Skip " Van Winkle" Knape (formerly of the Teagarden and Van Winkle unit) and the Nightrockers, and Congo Phil's crazed Ann Arbor Afro-American Drum and Dance Troupe got things going again last Sunday. Concerts will continue through August 19, and don't forget that all the proceeds from sales of Parks Program tee-shirts (price: $2.50) and posters ($1.00) go to support the Program. Check the Rainbow Trucking display at Spann Field for both of these goodies . . .