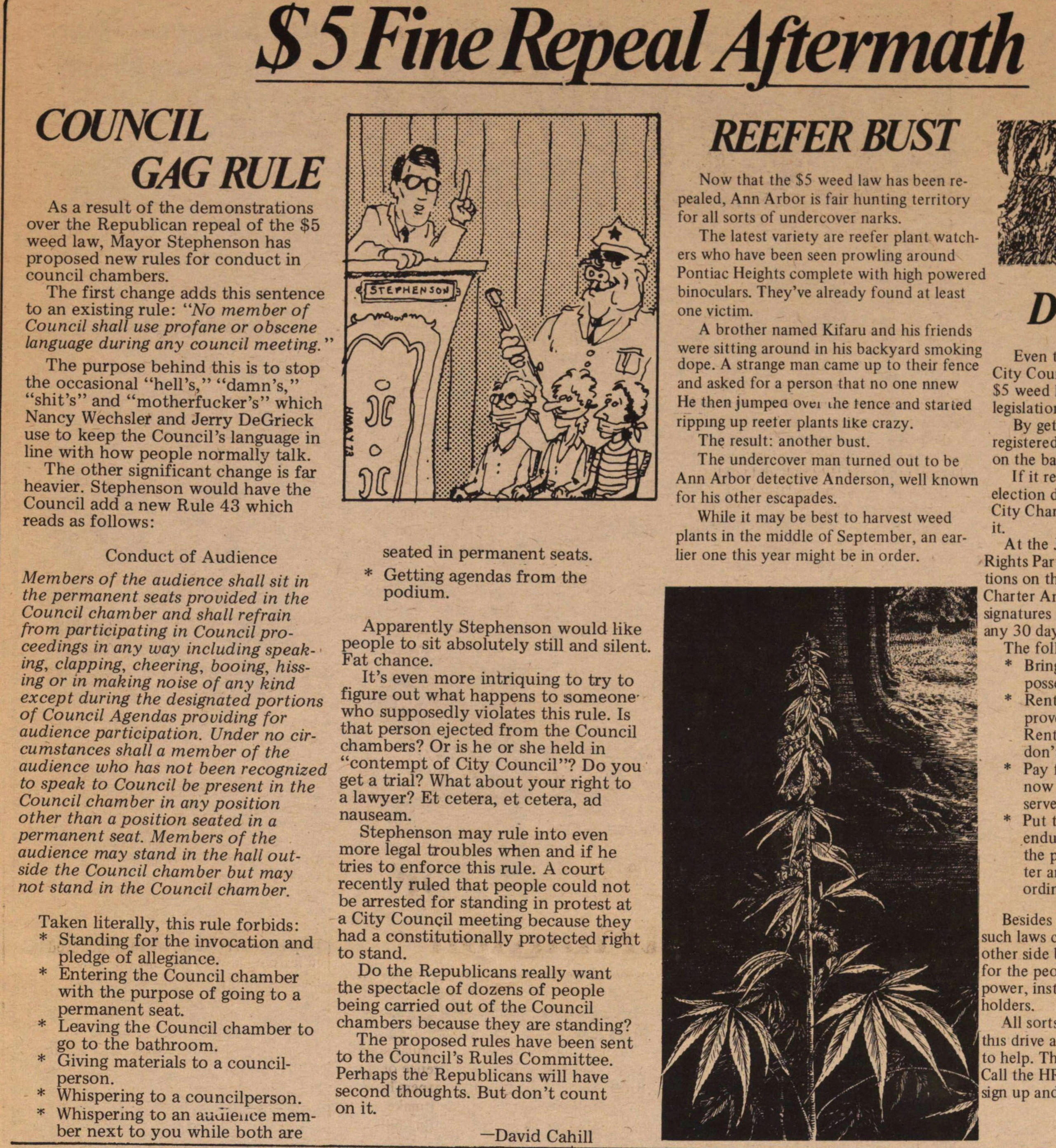 As a result of the demonstrations over the Republican repeal of the $5 weed law, Mayor Stephenson has proposed new rules for conduct in council chambers.

The first change adds this sentence to an existing rule: "No member of Council shall use profane or obscene language during any council meeting."

The purpose behind this is to stop the occasional "hell's," "damn's," "shit's" and "motherfucker's" which Nancy Wechsler and Jerry DeGrieck use to keep the Council's language in line with how people normally talk.

The other significant change is far heavier. Stephenson would have the Council add a new Rule 43 which reads as follows:

Apparently Stephenson would like people to sit absolutely still and silent. Fat chance. It's even more intriguing to try to figure out what happens to someone who supposedly violates this rule. Is that person ejected from the Council chambers? Or is he or she held in "contempt of City Council"? Do you get a trial? What about your right to a lawyer? Et cetera, et cetera, ad nauseam.

Stephenson may rule into even more legal troubles when and if he tries to enforce this rule. A court recently ruled that people could not be arrested for standing in protest at a City Council meeting because they had a constitutionally protected right to stand.

Do the Republicans really want the spectacle of dozens of people being carried out of the Council chambers because they are standing? The proposed rules have been sent to the Council's Rules Committee. Perhaps the Republicans will have second thoughts. But don't count on it.