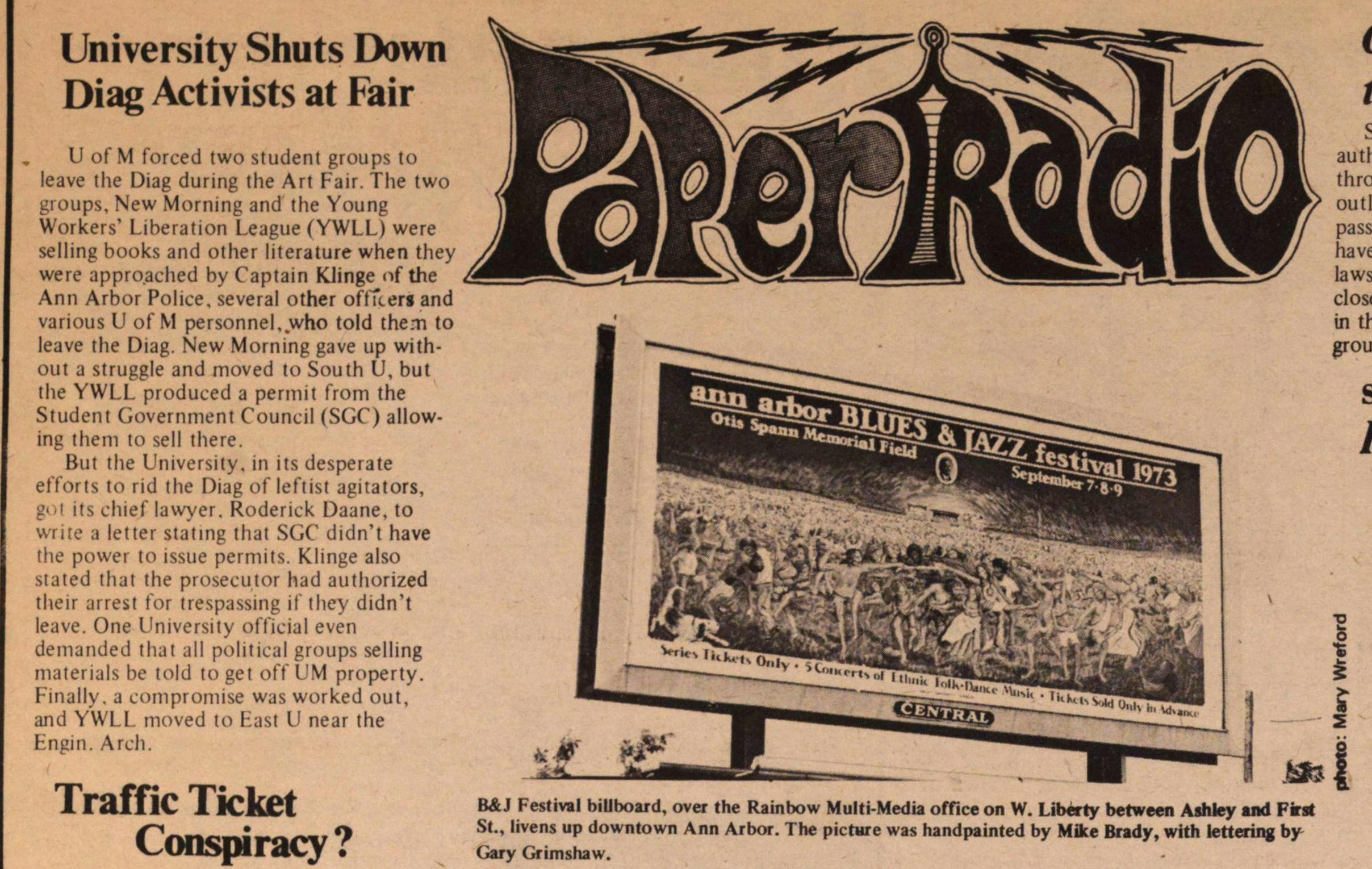 U of M forced two student groups to leave the Diag during the Art Fair. The two groups, New Morning and the Young Workers’ Liberation League (YWLL) were selling books and other literature when they were approached by Captain Klinge of the Ann Arbor Police, several other officers and various U of M personnel, who told them to leave the Diag. New Morning gave up without a struggle and moved to South U, but the YWLL produced a permit from the Student Government Council (SGC) allowing them to sell there.

But the University, in its desperate efforts to rid the Diag of leftist agitators, got its chief lawyer. Roderick Daane, to write a letter stating that SGC didn’t have the power to issue permits. Klinge also stated that the prosecutor had authorized their arrest for trespassing if they didn’t leave. One University official even demanded that all political groups selling materials be told to get off UM property. Finally. a compromise was worked out, and YWLL moved to East U near the Engin. Arch.