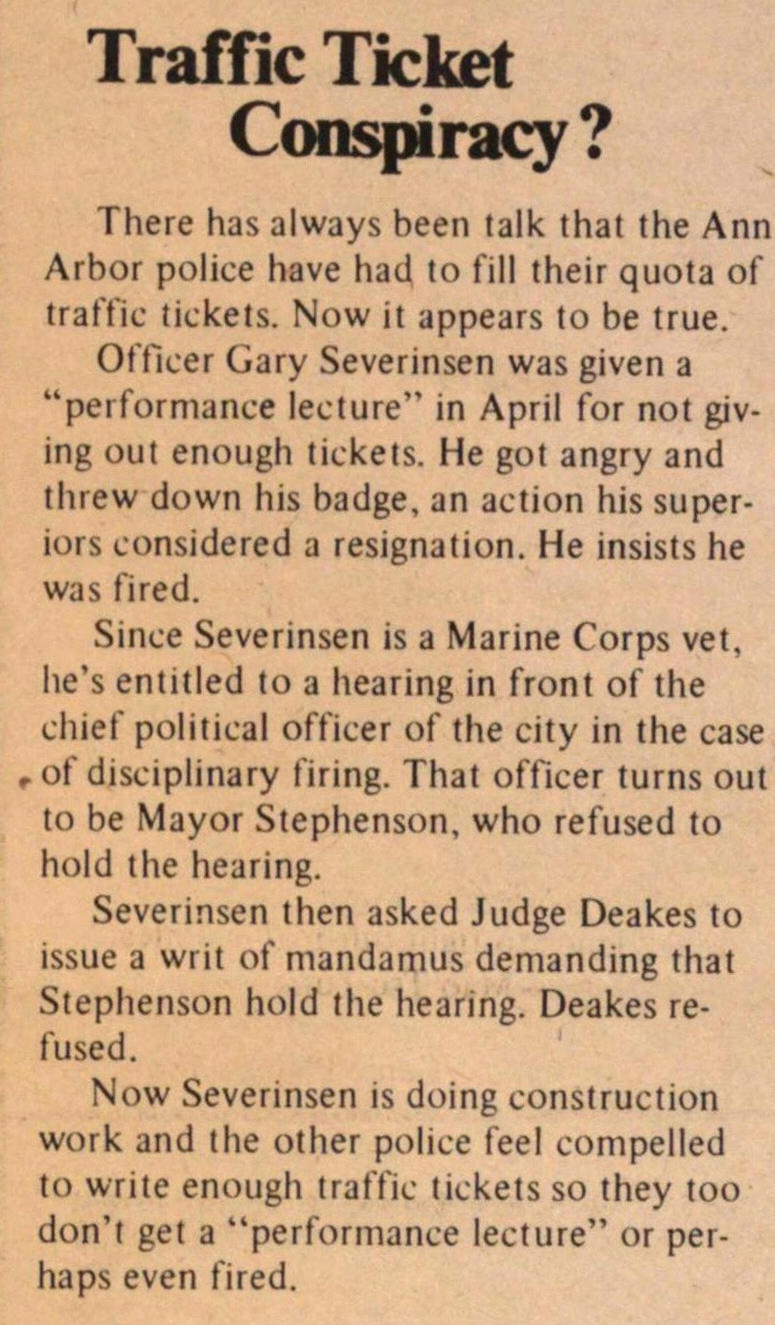 There has always been talk that the Ann Arbor police have had to fill their quota of traffic tickets. Now it appears to be true.

Officer Gary Severinsen was given a “performance lecture” in April for not giving out enough tickets. He got angry and threw down his badge, an action his superiors considered a resignation. He insists he was fired.

Since Severinsen is a Marine Corps vet, he’s entitled to a hearing in front of the chief political officer of the city in the case of disciplinary firing. That officer turns out to be Mayor Stephenson, who refused to hold the hearing.

Severinsen then asked Judge Deakes to issue a writ of mandamus demanding that Stephenson hold the hearing. Deakes refused.

Now Severinsen is doing construction work and the other police feel compelled to write enough traffic tickets so they too don’t get a “performance lecture” or perhaps even fired.