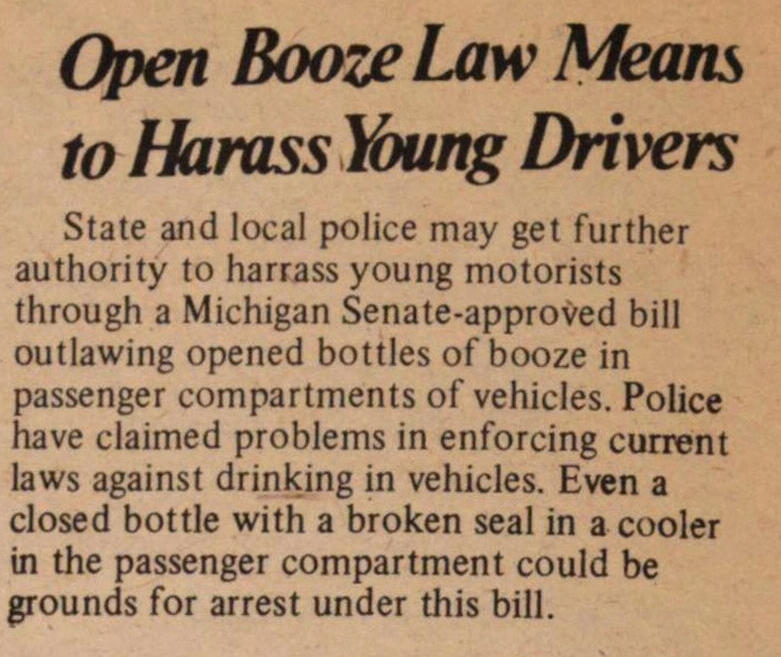 State and local police may get further authority to harass young motorists through a Michigan Senate-approved bill outlawing opened bottles of booze in passenger compartments of vehicles. Police have claimed problems in enforcing current laws against drinking in vehicles. Even a closed bottle with a broken seal in a cooler in the passenger compartment could be grounds for arrest under this bill.