Sun Must Pay To Prosecute Nark 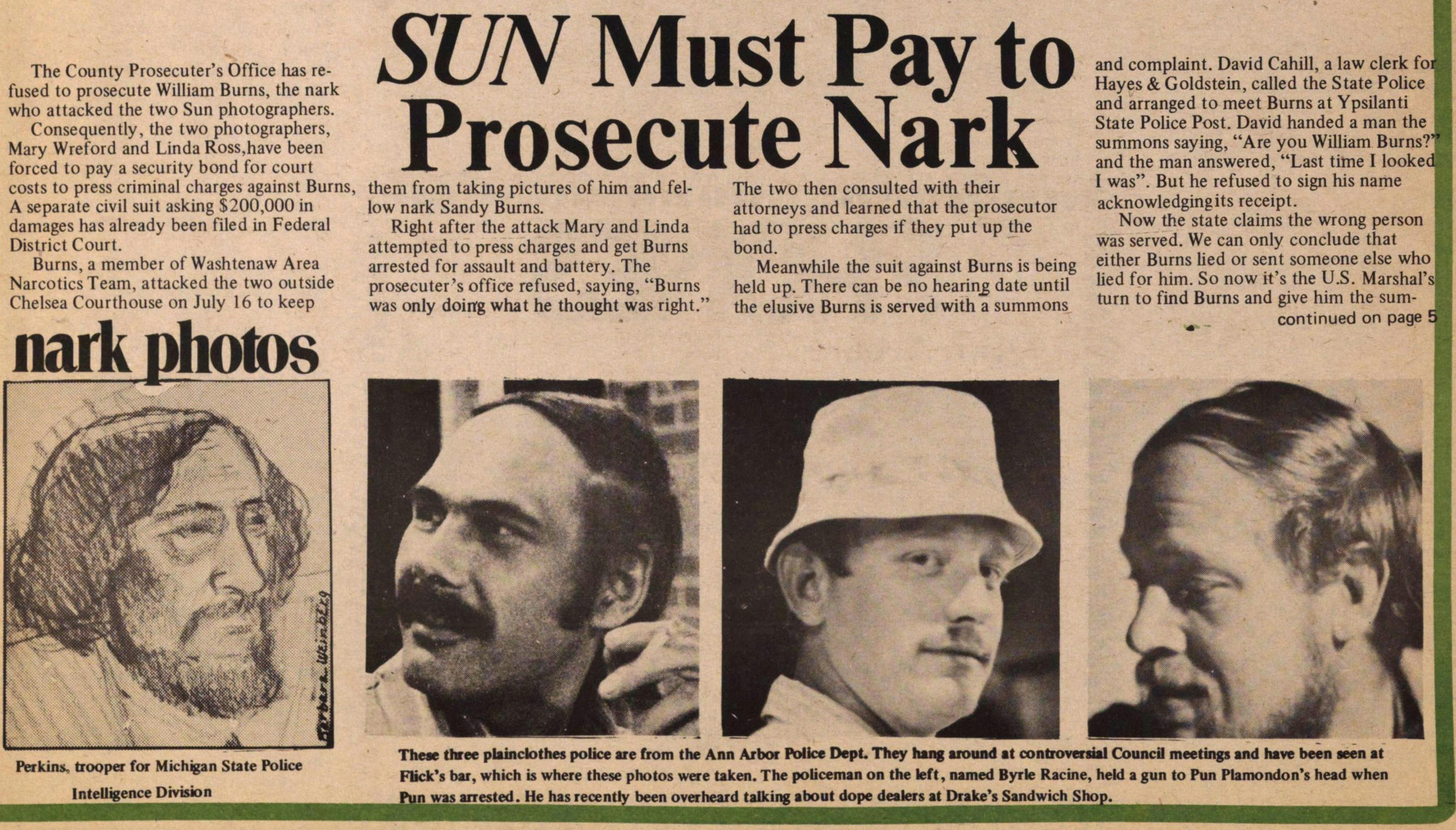 SUN Must Pay to Prosecute Nark

The County Prosecutor's Office has refused to prosecute William Burns, the nark who attacked the two Sun photographers.

Consequently, the two photographers, Mary Wreford and Linda Ross,have been forced to pay a security bond for court costs to press criminal charges against Burns. A separate civil suit asking $200,000 in damages has already been filed in Federal District Court.

Burns, a member of Washtenaw Area Narcotics Team, attacked the two outside Chelsea Courthouse on July 16 to keep them from taking pictures of him and fellow nark Sandy Burns.

Right after the attack Mary and Linda attempted to press charges and get Burns arrested for assault and battery. The prosecutor's office refused, saying, "Burns was only doing what he thought was right."

The two then consulted with their attorneys and learned that the prosecutor had to press charges if they put up the bond.

Meanwhile the suit against Burns is being held up. There can be no hearing date until the elusive Burns is served with a summons and complaint. David Cahill, a law clerk for Hayes & Goldstein, called the State Police and arranged to meet Burns at Ypsilanti State Police Post. David handed a man the summons saying, "Are you William Burns?" and the man answered, "Last time I looked I was". But he refused to sign his name acknowledging its receipt.

Now the state claims the wrong person was served. We can only conclude that either Burns lied or sent someone else who lied for him. So now it's the U.S. Marshal's turn to find Burns and give him the sum

These three plainclothes police are from the Ann Arbor Police Dept.  They hang around at controversial Council meetings and have been seen at Flick's bar, which is where these photos were taken.  The policeman on the left, named Byrle Racine, held a gun to Pun Plamondon's head when Pun was arrested.  He has recently been overheard talking about dope dealers at Drake's Sandwich Shop.