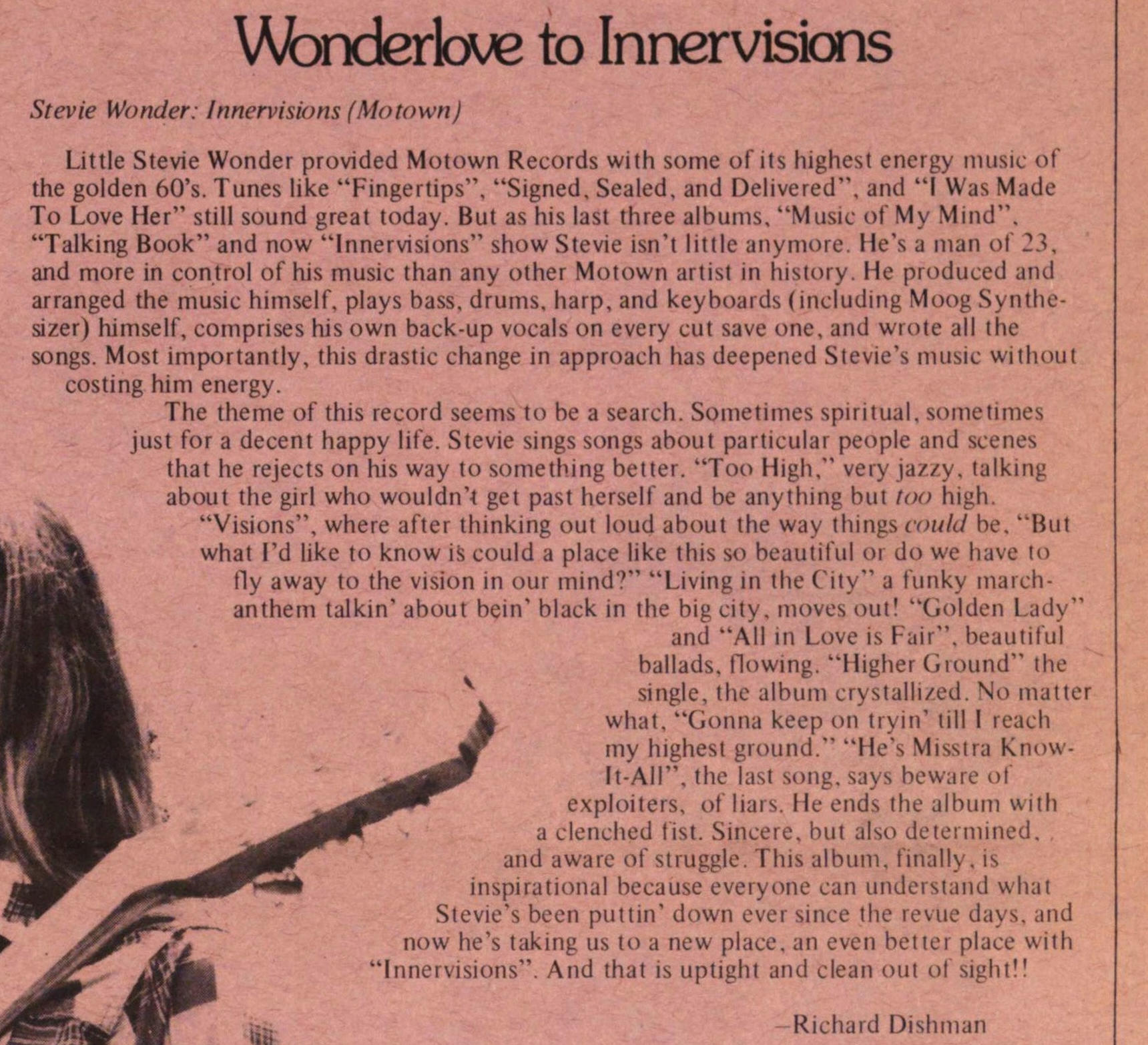 Little Stevie Wonder provided Motown Records with some of its highest energy music of the golden 60's. Tunes like "Fingertips", "Signed, Sealed, and Delivered", and "I Was Made To Love Her" still sound great today. But as his last three albums. "Music of My Mind". "Talking Book" and now "Innervisions" show Stevie isn't little anymore. He's a man of 23 and more in control of his music than any other Motown artist in history. He produced and arranged the music himself, plays bass. drums, harp, and keyboards (including Moog Synthesizer) himself comprises his own back-up vocals on every cut save one, and wrote all the songs. Most importantly, this drastic change in approach has deepened Stevie's music without costing him energy.

The theme of this record seems to be a search. Sometimes spiritual, sometimes just for a decent happy life. Stevie sings songs about particular people and scenes that he rejects on his way to something better. "Too High", very jazzy, talking about the girl who wouldn't get past Herself and be anything but too high. "Visions", where after thinking out loud about the way things could be 'What I'd like to know is could a place like this so beautiful or do we have to fly away to the vision in out mind?" "Living in the City" a funky march/anthem talkin' about bein' black in the big city,  moves out! "Golden Lady" and "All in Love is Fair", beautiful ballads, flowing. "Higher Ground" the single, the album crystallized. No matter what. "Gonna keep on tryin' till I reach my highest ground." "He's Misstra Know-It-AII", the last song. says beware of exploiters, of liars. He ends the album with a clenched fist. Sincere, but also determined and aware of the struggle. This album, finally, is inspirational because everyone can understand what Stevie's been puttin' down ever since the revue days; and now he's taking us to a new place, an even better place with "Innervisions". And that is uptight and clean out of sight.