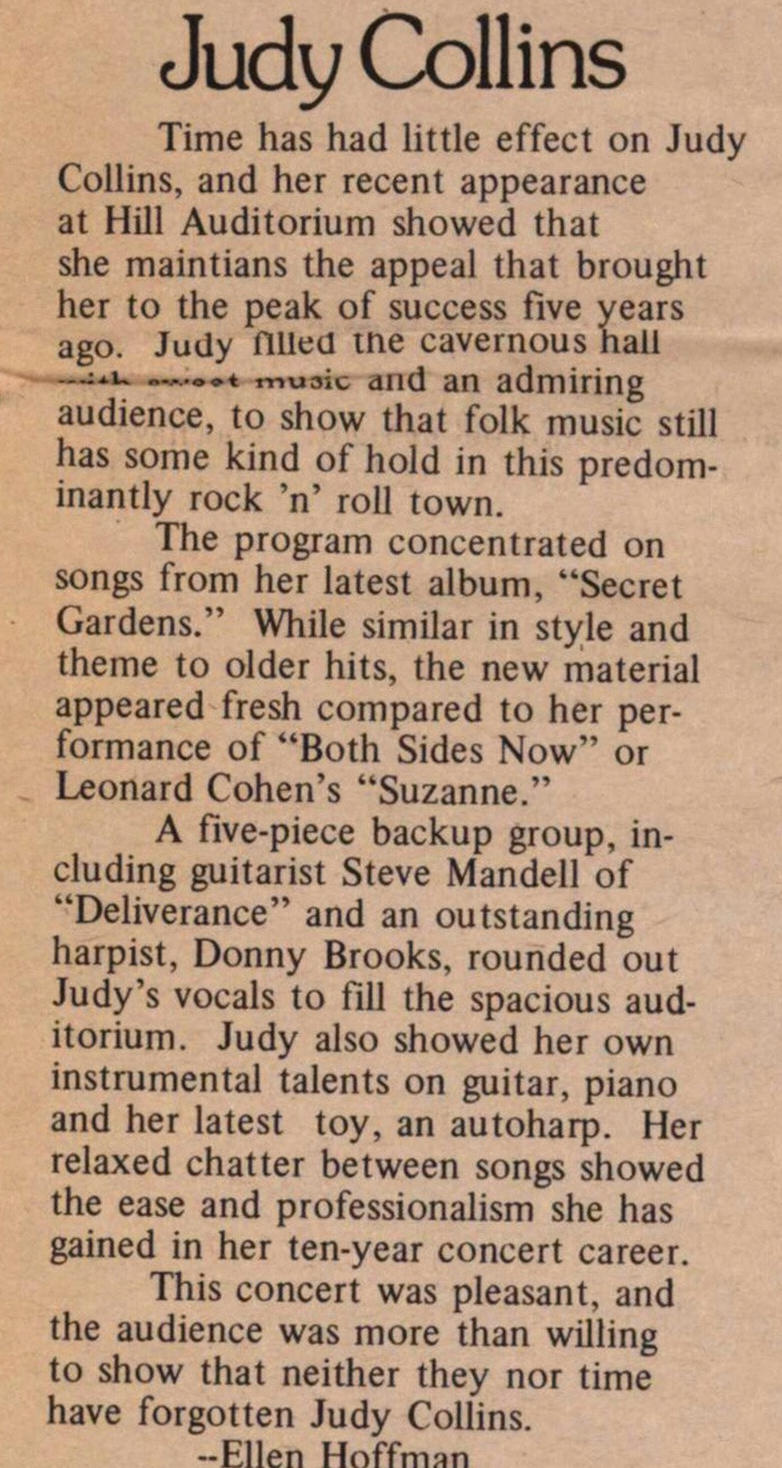 Time has had little effect on Judy Collins, and her recent appearance at Hill Auditorium showed that she maintians the appeal that brought her to the peak of success five years ago. Judy fllleü tne cavernous hall - ;u - . music and an admiring audience, to show that folk music still has some kind of hold in this predominantly rock 'n' roll town. The program concentrated on songs from her latest album, "Secret Gardens." While similar in style and theme to older hits, the new material appeared fresh compared to her performance of "Both Sides Now" or Leonard Cohen's "Suzanne." A five-piece backup group, including guitarist Steve Mandell of "Deliverance" and an outstanding harpist, Donny Brooks, rounded out Judy's vocals to fill the spacious auditorium. Judy also showed her own instrumental talents on guitar, piano and her latest toy, an autoharp. Her relaxed chatter between songs showed the ease and professionalism she has gained in her ten-year concert career. This concert was pleasant, and the audience was more than willing to show that neither they nor time have forgotten Judy Collins.