No Nobel To Tho 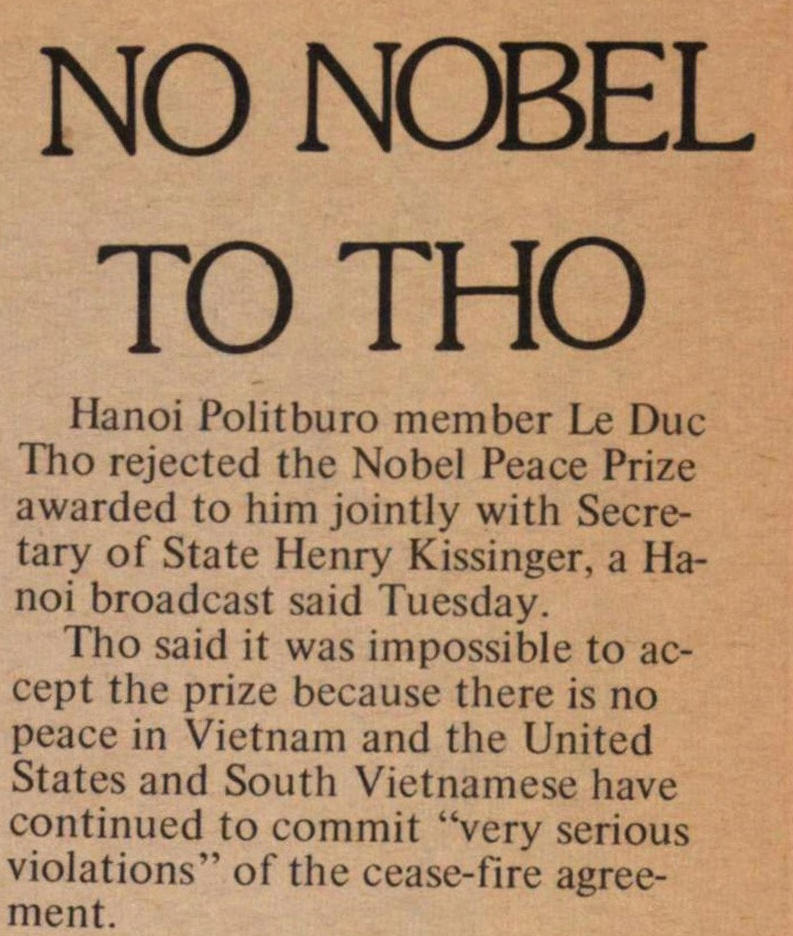 Hanoi Politburo member Le Duc Tho rejected the Nobel Peace Prize awarded to him jointly with Secretary of State Henry Kissinger. a Hanoi broadcast said Tuesday. Tho said it was impossible to accept the prize because there is no peace in Vietnam and the United States and South Vietnamese have continued to commit "very serious violations" of the cease-fire agreement.