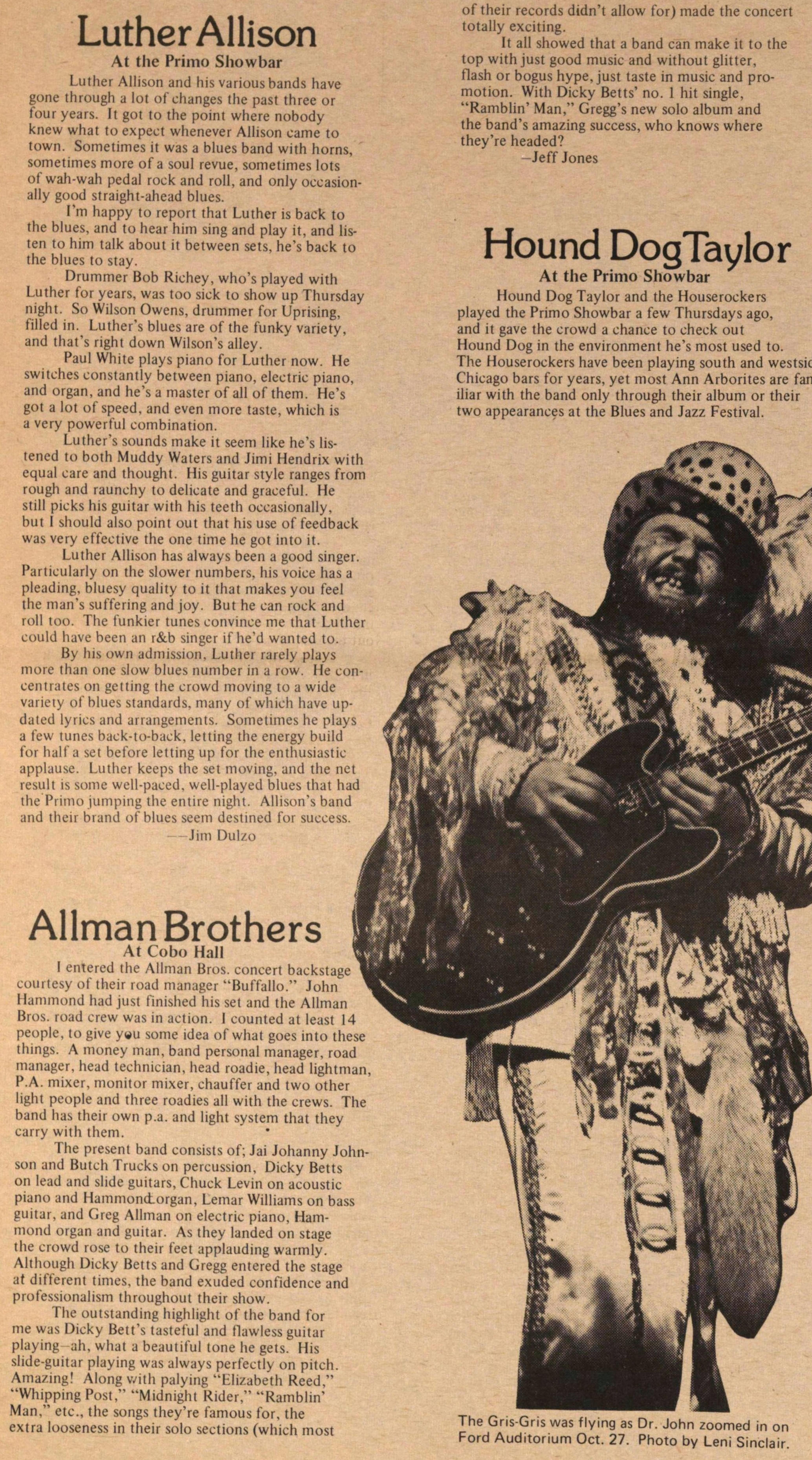 I entered the Allman Bros. concert backstage courtesy of their road manager "Buffallo." John Hammond had just finished his set and the Allman Bros. road crew was in action. I counted at least 14 people, to give you some idea of what goes into these things. A money man, band personal manager, road manager, head technician, head roadie, head lightman, P.A. mixer, monitor mixer, chauffer and two other light people and three roadies all with the crews. The band has their own p.a. and light system that they carry with them.

The present band consists of; Jai Johanny Johnson and Butch Trucks on percussion, Dicky Betts on lead and slide guitars, Chuck Levin on acoustic piano and Hammond organ, Lemar Williams on bass guitar, and Greg Allman on electric piano, Hammond organ and guitar. As they landed on stage the crowd rose to their feet applauding warmly. Although Dicky Betts and Gregg entered the stage at different times, the band exuded confidence and professionalism throughout their show.

The outstanding highlight of the band for me was Dicky Bett's tasteful and flawless guitar playing--ah, what a beautiful tone he gets. His slide-guitar playing was always perfectly on pitch. Amazing! Along with playing "Elizabeth Reed," "Whipping Post," "Midnight Rider," "Ramblin' Man," etc., the songs they're famous for, the extra looseness in their solo sections (which most of their records didn't allow for) made the concert totally exciting.

It all showed that a band can make it to the top with just good music and without glitter, flash or bogus hype, just taste in music and promotion. With Dicky Betts' no. 1 hit single, "Ramblin' Man," Gregg's new solo album and the band's amazing success, who knows where they're headed?