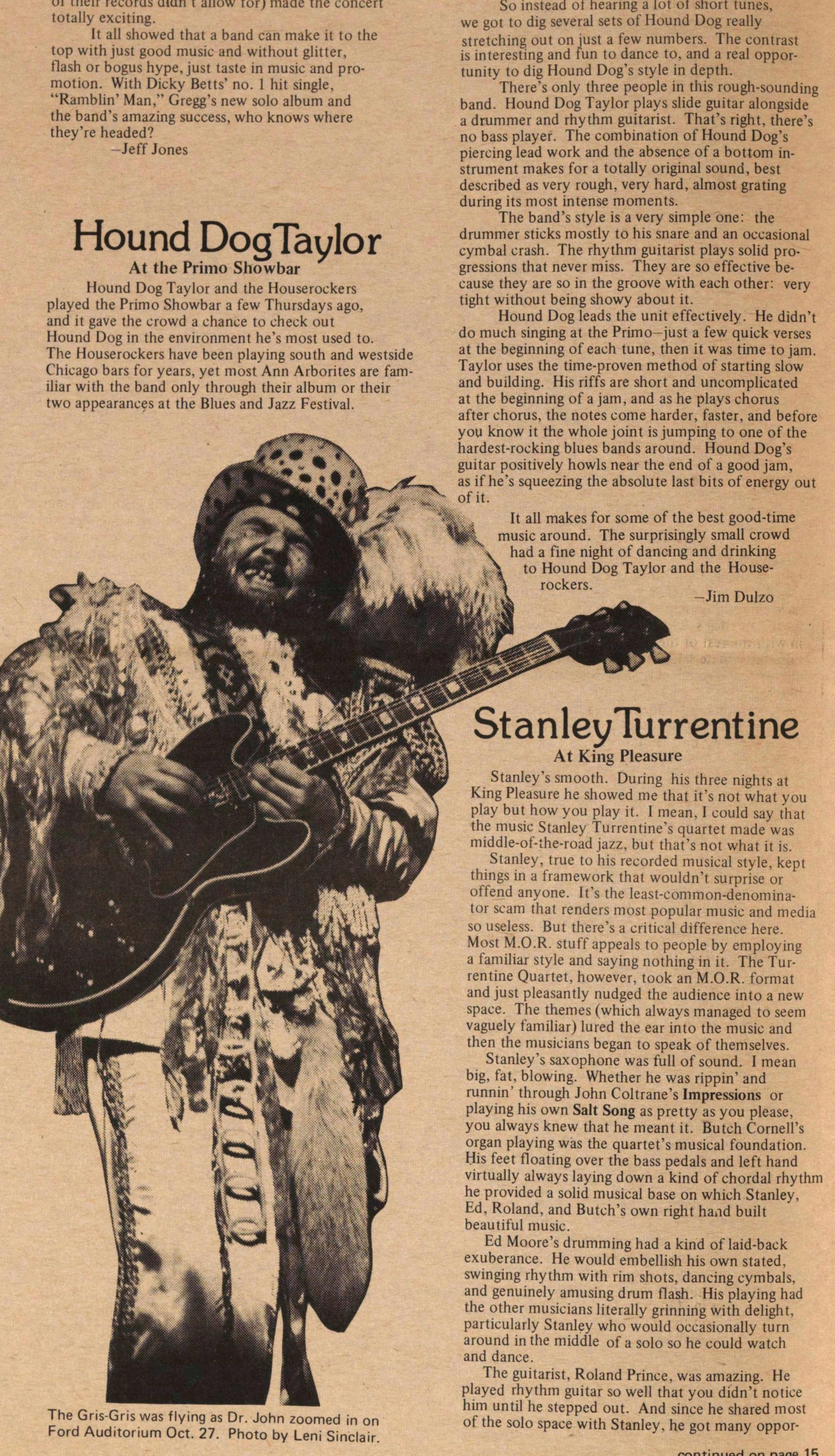 Hound Dog Taylor and the Houserockers played the Primo Showbar a few Thursdays ago, and it gave the crowd a chance to check out Hound Dog in the environment he's most used to. The Houserockers have been playing south and westside Chicago bars for years, yet most Ann Arborites are familiar with the band only through their album or their two appearances at the Blues and Jazz Festival.

So instead of hearing a lot of short tunes, we got to dig several sets of Hound Dog really stretching out on just a few numbers. The contrast is interesting and fun to dance to, and a real opportunity to dig Hound Dog's style in depth.

There's only three people in this rough-sounding band. Hound Dog Taylor plays slide guitar alongside a drummer and rhythm guitarist. That's right, there's no bass player. The combination of Hound Dog's piercing lead work and the absence of a bottom instrument makes for a totally original sound, best described as very rough, very hard, almost grating during its most intense moments.

The band's style is a very simple one: the drummer sticks mostly to his snare and an occasional cymbal crash. The rhythm guitarist plays solid progressions that never miss. They are so effective because they are so in the groove with each other: very tight without being showy about it.

Hound Dog leads the unit effectively. He didn't do much singing at the Primo--just a few quick verses at the beginning of each tune, then it was time to jam. Taylor uses the time-proven method of starting slow and building. His riffs are short and uncomplicated at the beginning of a jam, and as he plays chorus after chorus, the notes come harder, faster, and before you know it the whole joint is jumping to one of the hardest-rocking blues bands around. Hound Dog's guitar positively howls near the end of a good jam, as if he's squeezing the absolute last bits of energy out of it.

It all makes for some of the best good-time music around. The surprisingly small crowd had a fine night of dancing and drinking to Hound Dog Taylor and the Houserockers.