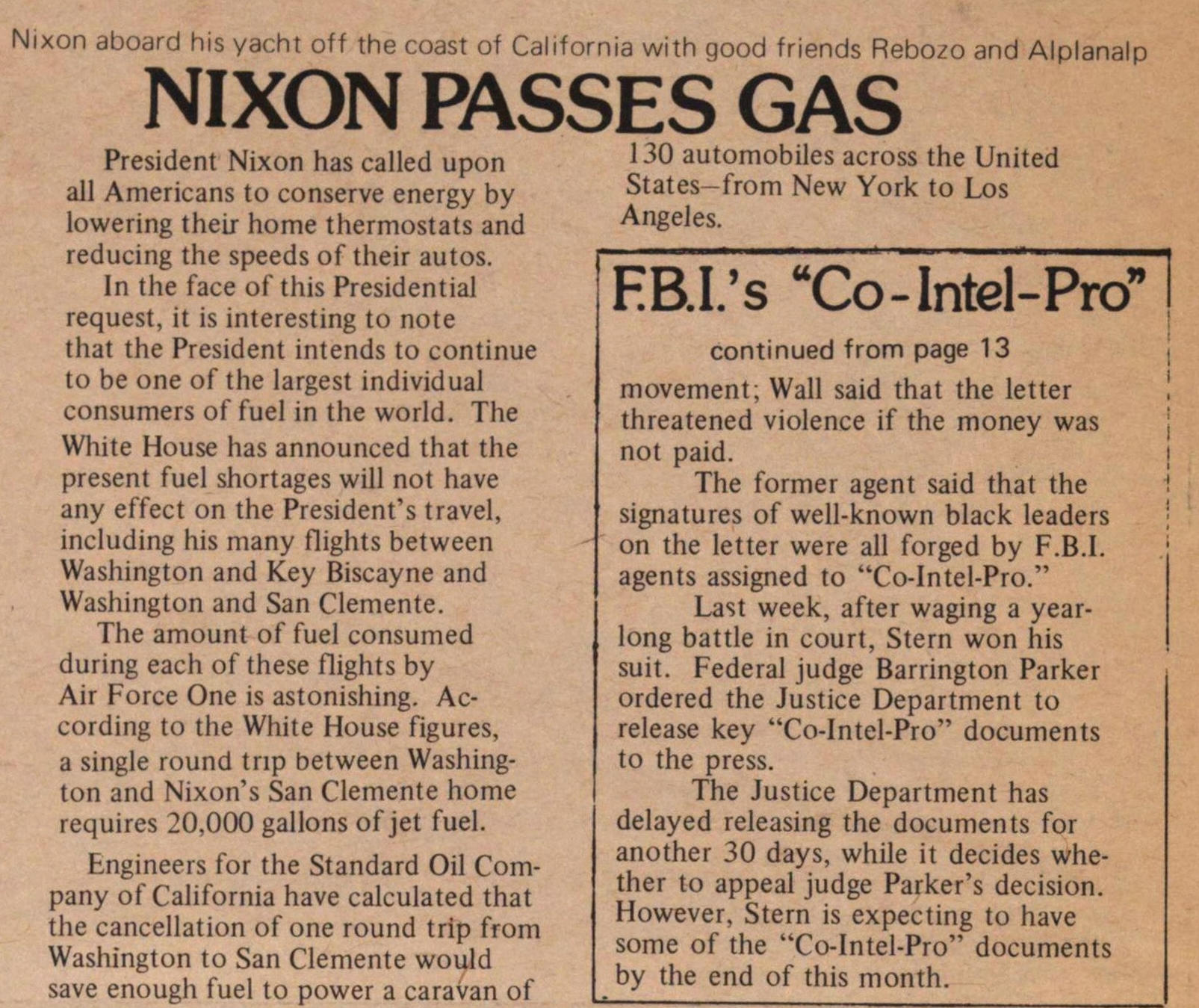 President Nixon has called upon all Americans to conserve energy by lowering their home thermostats and reducing the speeds of their autos.

In the face of this Presidential request, it is interesting to note that the President intends to continue to be one of the largest individual consumers of fuel in the world. The White House has announced that the present fuel shortages will not have any effect on the President's travel, including his many flights between Washington and Key Biscayne and Washington and San Clemente.

The amount of fuel consumed during each of these flights by Air Force One is astonishing. According to the White House figures, a single round trip between Washington and Nixon's San Clemente home requires 20,000 gallons of jet fuel.

Engineers for the Standard Oil Company of California have calculated that the cancellation of one round trip from Washington to San Clemente would save enough fuel to power a caravan of 130 automobiles across the United States-from New York to Los Angeles.