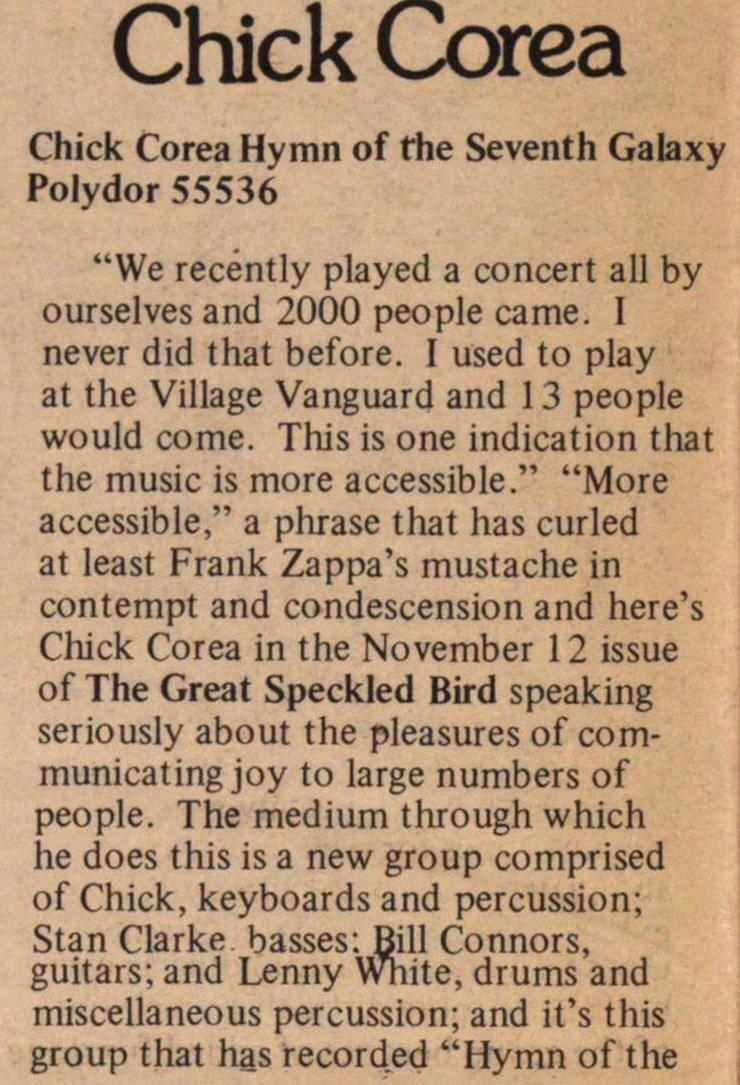 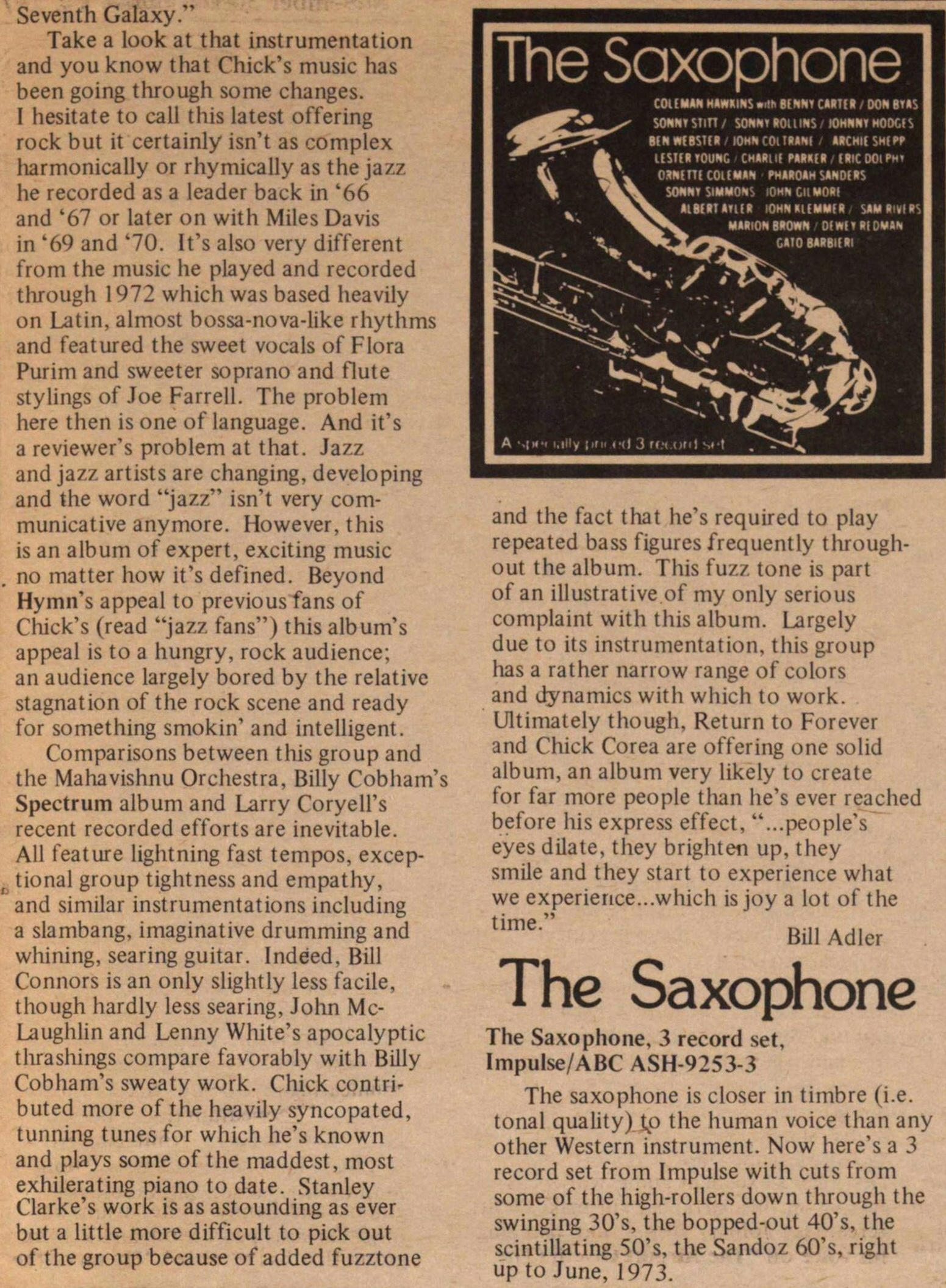 Chick Corea Hymn of the Seventh Galaxy Polydor 55536 "We recently played a concert all by ourselvesand 2000 people carne. I never did that before. I used to play at the Village Vanguard and 1 3 people would come. This is one indication that the music is more accessible." "More accessible," a phrase that has curled at least Frank Zappa's mustache in contempt and condescension and here's Chick Corea in the November 12 issue of The Great Speckled Bird speaking seriously about the pleasures of communicating joy to large numbers of people. The medium through which he does this is a new group comprised of Chick, keyboards and percussion; Stan Clarke basses: Bill Connors, guitars; and Lenny white, drums and miscellaneous percussion; and it's this group that has recorded "Hymn of the Seventh Galaxy." Take a look at that instrumentation and you know that Chick's music has been going through so me changes. I hesitate to cali this latest offering rock but it certainly isn't as complex liarmonically or rhymically as the jazz he recorded as a leader back in '66 and '67 or later on with Miles Da vis in '69 and '70. It's also very different from the music he played and recorded through 1972 which was based heavily on Latin, almost bossa-nova-like rhythms and featured the sweet vocals of Flora Purim and sweeter soprano and flute stylings of Joe Farrell. The problem here then is one of language. And it's a reviewer's problem at that. Jazz and jazz artists are changing, developing and the word "jazz" isn't very communicative anymore. However, this is an album of expert, exciting music . no matter how it's defined. Beyond Hymn's appeal to previousfans of Chick's (read "jazz fans") this album's appeal is to a hungry, rock audience; an audience largely bored by the relativo stagnation of the rock scène and ready for something smokin' and intelligent. Comparisons between this group and the Mahavishnu Orchestra, Billy Cobham's Spectrum album and Larry Coryell's recent recorded efforts are inevitable. All feature lightning fast tempos, excep, tional group tightness and empathy, and similar instrumentations including a slambang, imaginative drumming and whining, searing guitar. Indeed. Bill Connors is an only slightly less facile. though hardly less searing, John McLaughlin and Lenny White's apocalyptic thrashings compare favorably with Billy Cobham's sweaty work. Chick contributed more of the heavily syncopated, tunning tunes for which he's known and plays some of the maddest, most exhilerating piano to date. Stanley Clarke's work is as astounding as ever but a little more difficult to piek out of the group because of added fuzztone and the fact that he's required to play repeated bass figures frequently throughout the album. This fuzz tone is part of an illustrative of my only serious complaint with this album. Largely due to its Lnstrumentation, this group has a rather narrow range of colors and dynamics with which to work. Ultimately though. Return to Forever and Chick Corea are offering one solid album, an album very likely to créate for far more people than he's ever reached before his express effect, "...pcople's eyes dilate, they brighten up, they smile and they start to experience what we experience. ..which is iov a lot of the time."