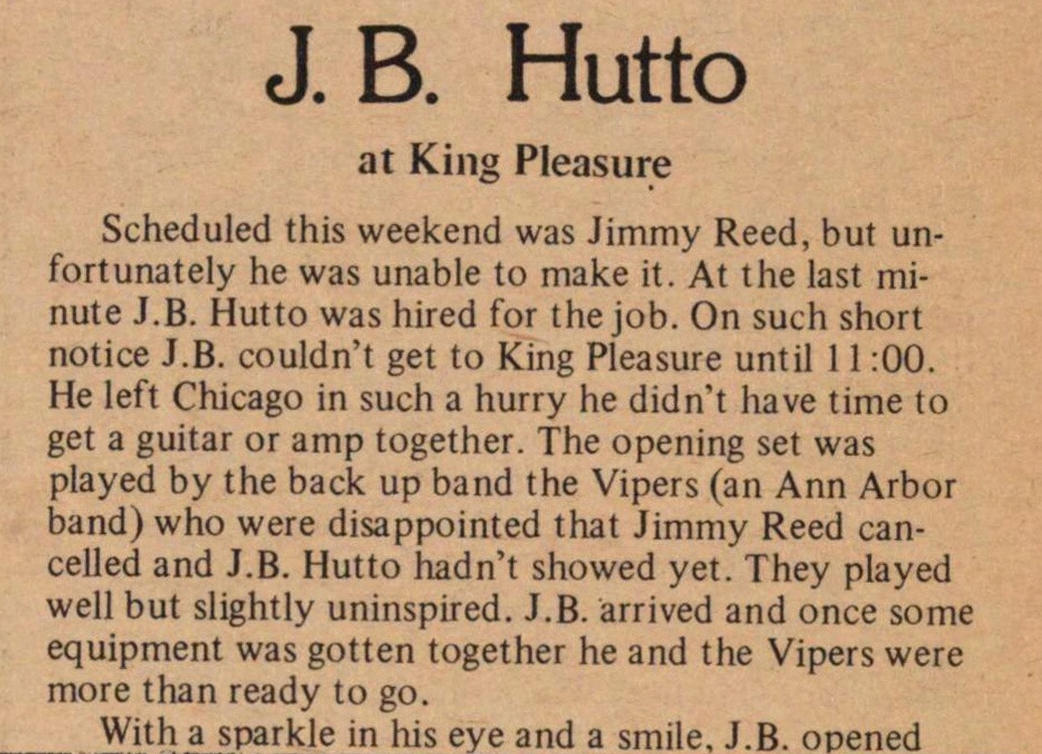 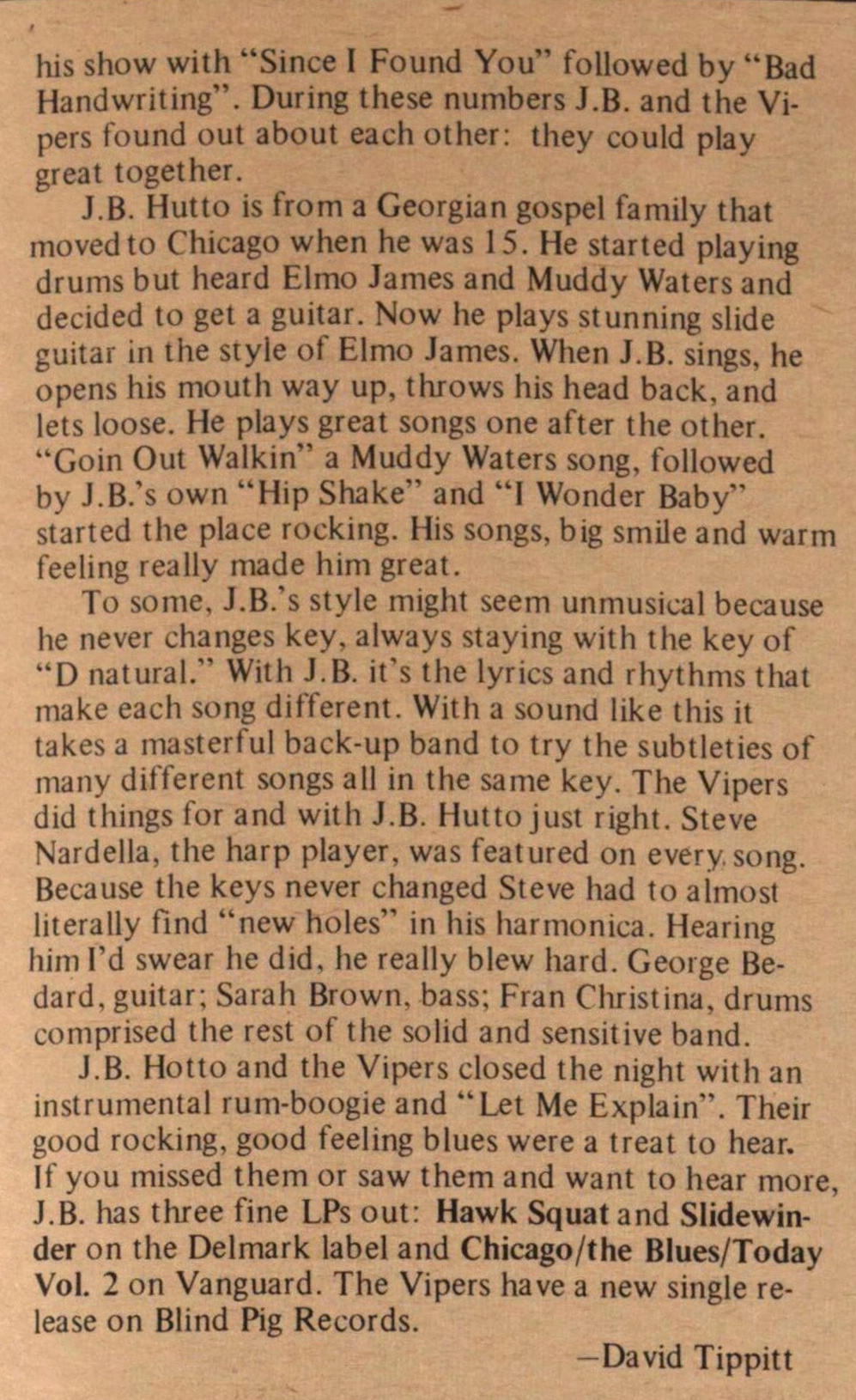 Scheduled this weekend was Jimmy Reed, but unfortunately he was unable to make it. At the last minute J.B. Hutto was hired for the job. On such short notice J.B. couldn't get to King Pleasure until 1 1 :00. He left Chicago in such a hurry he didn't have time to get a guitar or amp together. The opening set was played by the back up band the Vipers (an Ann Arbor band) who were disappointed that Jimmy Reed cancelled and J.B. Hutto hadn't showed yet. They played well but slightly uninspired. J.B. arrived and once some equipment was gotten together he and the Vipers were more than ready to go. With a sparkle in nis eye and a smile, J.B. opened his show with "Since I Found You" followed by "Bad Handwriting". During these numbers J.B. and the Vipers found out about each other: they could play great together. J.B. Hutto is from a Georgian gospel family that moved to Chicago when he was 15. He started play ing drums but heard Elmo James and Muddy Waters and decided to get a guitar. Now he plays stunning slide guitar in the style of Elmo James. When J.B. sings, he opens his mouth way up, throws his head back. and Iets loose. He plays great songs one after the other. "Goin Out Walkin" a Muddy Waters song, followed by J.B.'s own "Hip Shake" and "I Wonder Baby" started the place rocking. His songs, big smile and warm feeling really made him great. To some, J.B.'s style might seem unmusical because he never changes key, always staying with the key of "D natural." With J.B. it's the lyrics and rhythms that make each song different. With a sound like this it takes a masterful back-up band to try the subtleties of many different songs all in the same key. The Vipers did things tbr and with J.B. Hutto just right.Steve Nardella, the harp player, was featured on every. song. Because the keys never changed Steve had to aimost literally find "new holes" in his harmonica. Hearing him I'd swear he did, he really blew hard. George Bedard, guitar; Sarah Brown. bass; Fran Christina, drums comprised the rest of the solid and sensitive band. J.B. Hotto and the Vipers closed the night with an instrumental rum-boogie and "Let Me Explain". Their good rocking, good feeling blues were a treat to hear. If you missed them or saw them and want to hear more, J.B. has three fine LPs out: Hawk Squat and Slidewinder on the Delmark label and Chicagothe BluesToday Vol. 2 on Vanguard. The Vipers have a new single release on Blind Pig Records.