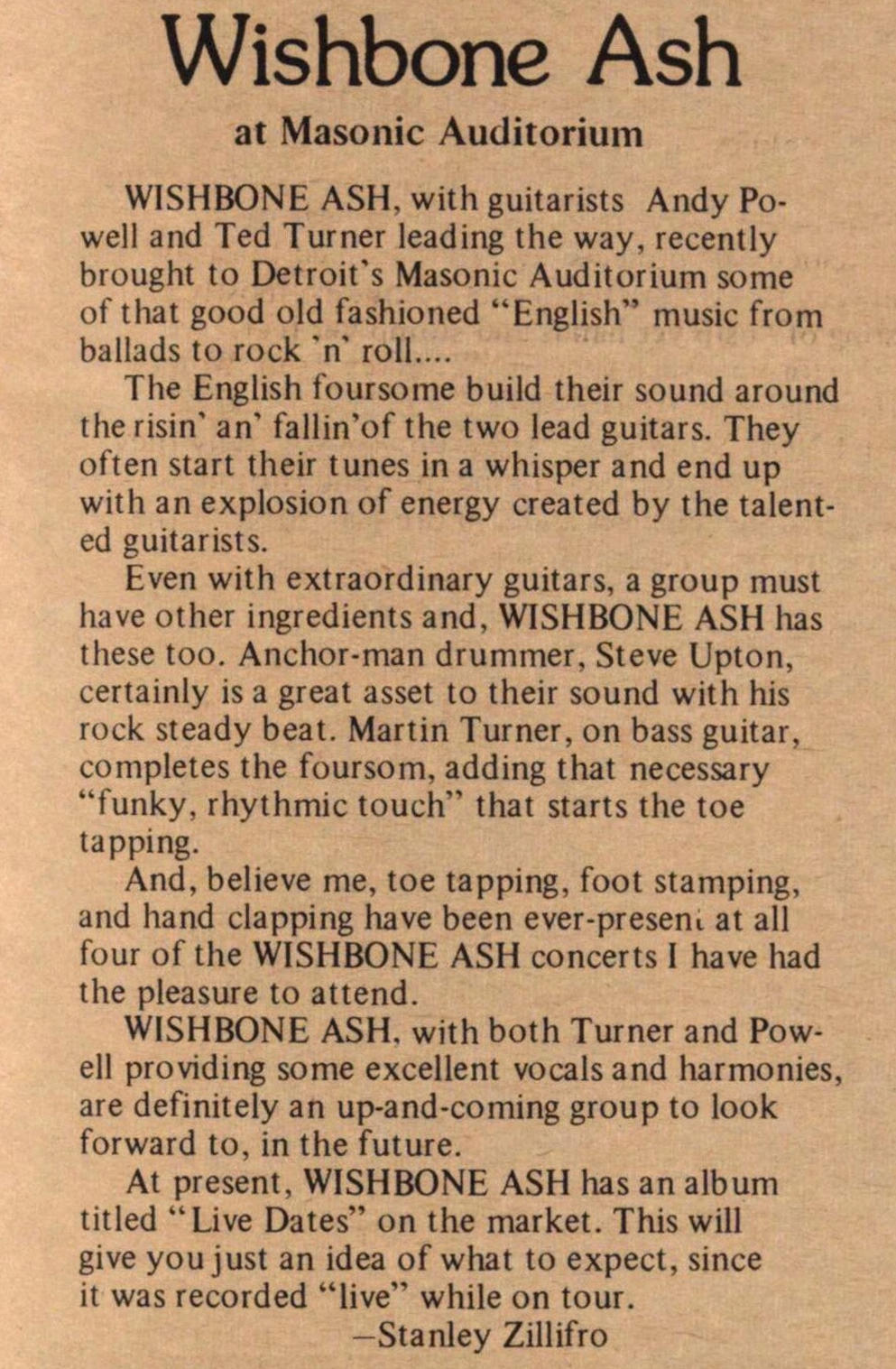 WISHBONE ASH, with guitarists Andy Powell and Ted Turner leading the way, recently brought to Detroit's Masonic Auditorium some of that good old fashioned "English" music from ballads to rock 'n' roll The English foursome build their sound around the risin' an' fallin'of the two lead guitars. They often start their tunes in a whisper and end up with an explosión of energy created by the talented guitarists. Even with extraordinary guitars, a group must have other ingredients and, WISHBONE ASH has these too. Anchor-man drummer, Steve Upton, certainly is a great asset to their sound with his rock steady beat. Martin Turner, on bass guitar, completes the foursom, adding that necessary "funky, rhythmic touch" that starts the toe tapping. And, believe me, toe tapping, foot stamping, and hand clapping have been ever-preseni at all four of the WISHBONE ASH concerts I have had the pleasure to attend. WISHBONE ASH. with both Turner and Powel! providing some excellent vocalsand harmonies, are definitely an up-and-coming group to look forward to, in the future. At present, WISHBONE ASH has an album titled "Live Dates" on the market. This will give youjust an idea of what to expect, since it was recorded "live" while on tour.