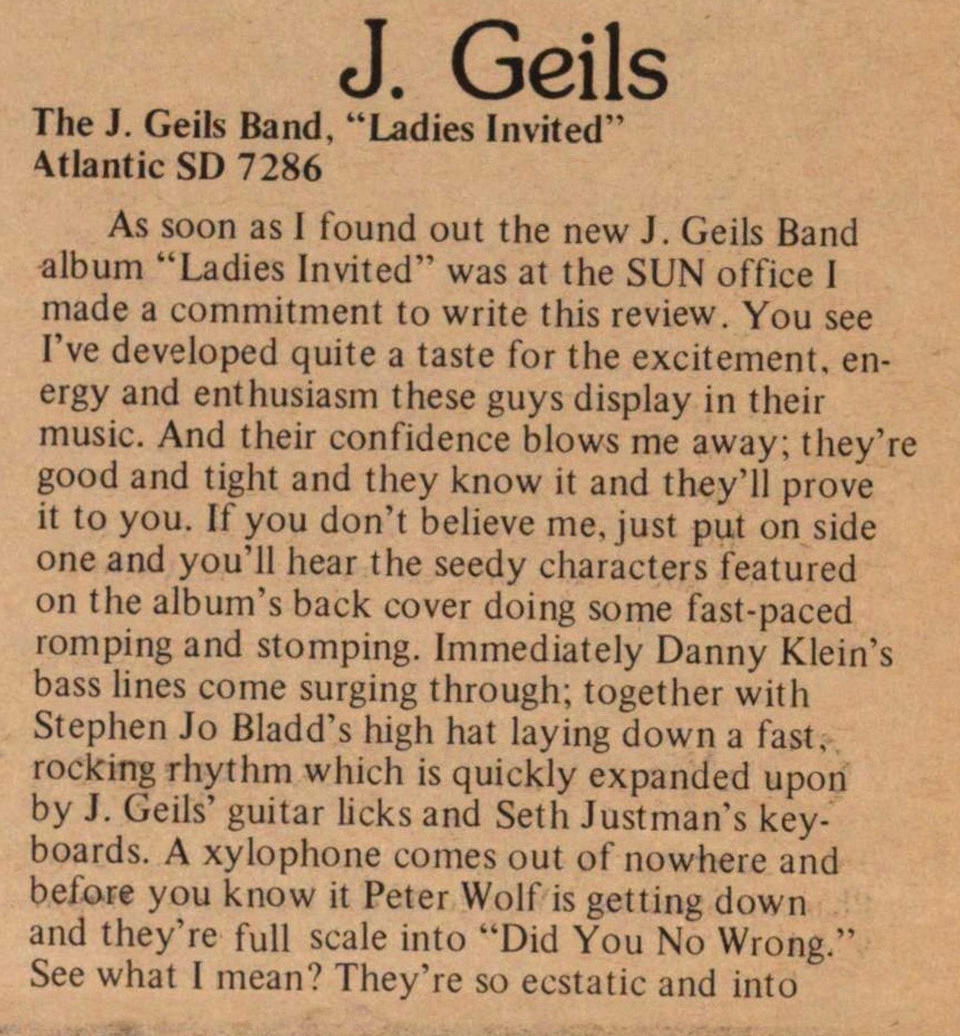 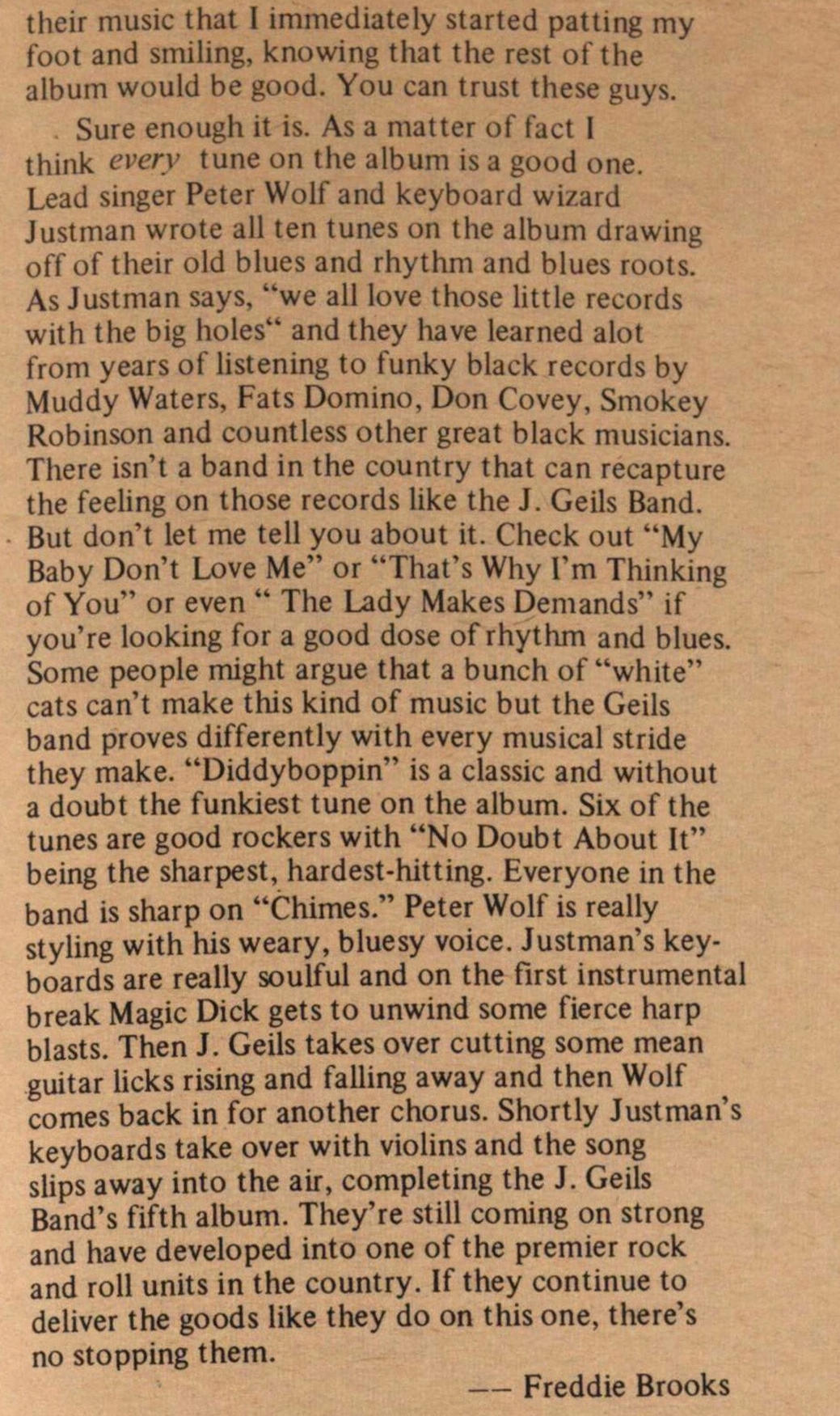 The J. Geils Band, "Ladies Invited" tlanticSD7286 As soon as J found out the new J. Geils Band album "Ladies Invited" was at the SUN office I made a commitment to write this review. You see Tve developed quite a taste for the excitement. energy and enthusiasm these guys display in their music. And their confidence blows me away; they're good and tight and they know it and they'll prove it to you. If you don't believe me. just put on side one and you'll hear the seedy characters featured on the album's back cover doing some fast-paced romping and stomping. Immediately Danny Klein's bass lines come surging through; together with Stephen Jo Bladd's high hat laying down a fast, rocking rhythm which is quickly expanded upon by J. Geils' guitar licks and Seth Justman's keyboards. A xylophone comes out of nowhere and before you know it Peter Wolf is getting down and they're full scale into "Did You No Wrong." See what I mean? They're so ecstatic and into their music that I immediately started patting my foot and smiling, knowing that the rest of the album would be good. You can trust these guys. Sure enough it is. As a matter of fact 1 tliink evay tune on the album is a good one. Lead singer Peter Wolf and keyboard wizard Justman wrote all ten tunes on the album drawing off of their old blues and rhythm and blues roots. As Justman says, "we all love those little records with the big holes" and they have learned alot from years of listening to funky black records by Muddy Waters, Fats Domino, Don Covey, Smokey Robinson and countless other great black musicians. There isn't a band in the country that can recapture the feeling on those records like the J. Geils Band. But don't let me teil you about it. Check out "My Baby Don't Love Me" or "That's Why I'm Thinking of You" or even " The Lady Makes Demands" if you're looking for a good dose of rhythm and blues. Some people might argüe that a bunch of "white" cats can't make this kind of music but the Geils band proves differently with every musical stride they make. "Diddyboppin" is a classic and without a doubt the funkiest tune on the album. Six of the tunes are good rockers with "No Doubt About It" being the sharpest, hardest-hitting. Everyone in the band is sharp on "Chimes." Peter Wolf is really styling with nis weary, bluesy voice. Justman's keyboards are really soulful and on the first instrumental break Magie Dick gets to unwind some fierce harp blasts. Then J. Geils takes over cutting some mean guitar licks rising and falling away and then Wolf comes back in for another chorus. Shortly Justman's keyboards take over with violins and the song slips away into the air, completing the J. Geils Band's fifth album. They're still coming on strong and have developed into one of the premier rock and roll units in the country. If they continue to deliver the goods like they do on this one, there's no stopping them.