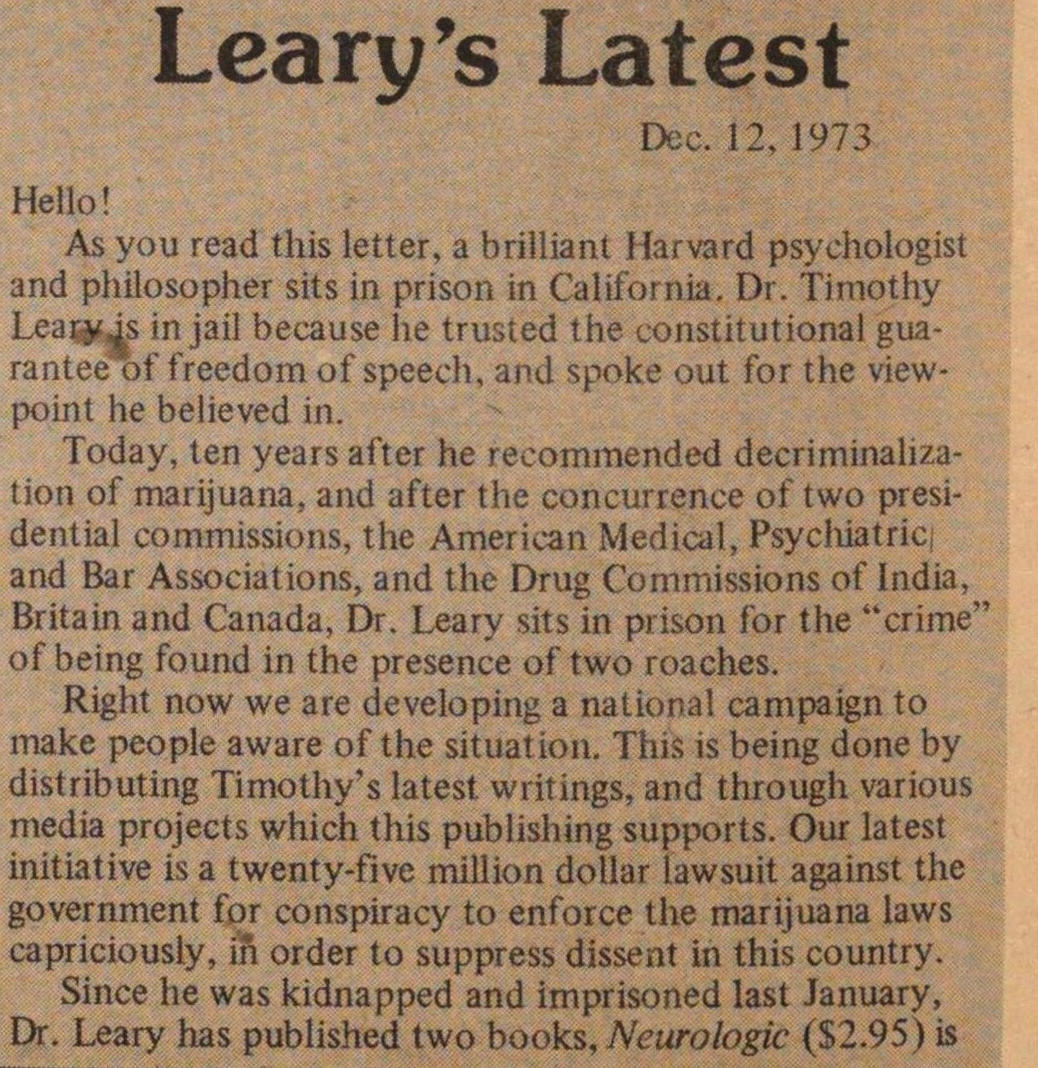 Dec. 12, 1973 Helio! As you read this letter, a brillianl Harvard psychologist and philosopher sits in prison in California. Dr. Timothy Leasjds in jail because he trusted the constitutional guarantee offreedomof speech, and spoke out for the viewpoint he believed in. Today, ten years after he recommended decriminalization of marijuana, and after the concurrence of two presidential commisskms, the American Medical, Psychiatrie and Bar Associations, and the Drug Commissions of India, Britain and Canada, Dr. Leary sits in prison for the "crime" of being found in the presence of two roaches. Right now we are developing a national campaign to make people aware of the situation. This is being done by distributing Timothy's latest writings, and through various media projects which this publishing supports. Oux latest initiative ís a twenty-five million dollar lawsuit against the government for conspiracy to enforce the marijuana laws capriciously, iñ order to suppress dissent in this country. Since he was kidnapped and imprisoned last January, Dr. Leary has published two books, Neurologie (S2.95) is a concise expression of the Leary phüosophy today, including the revisions and additions of the past few years. Starseed ($1 .95) is a speculation on the significance of the comet now within our solar system. These booksareavailable from Starseed, 531 Pacific Ave., San Francisco, California, 94133. Please make all checks payable to "Starseed" Timothy is well and, as always, boundlessly optimistic He sends you his love. Sincerely,