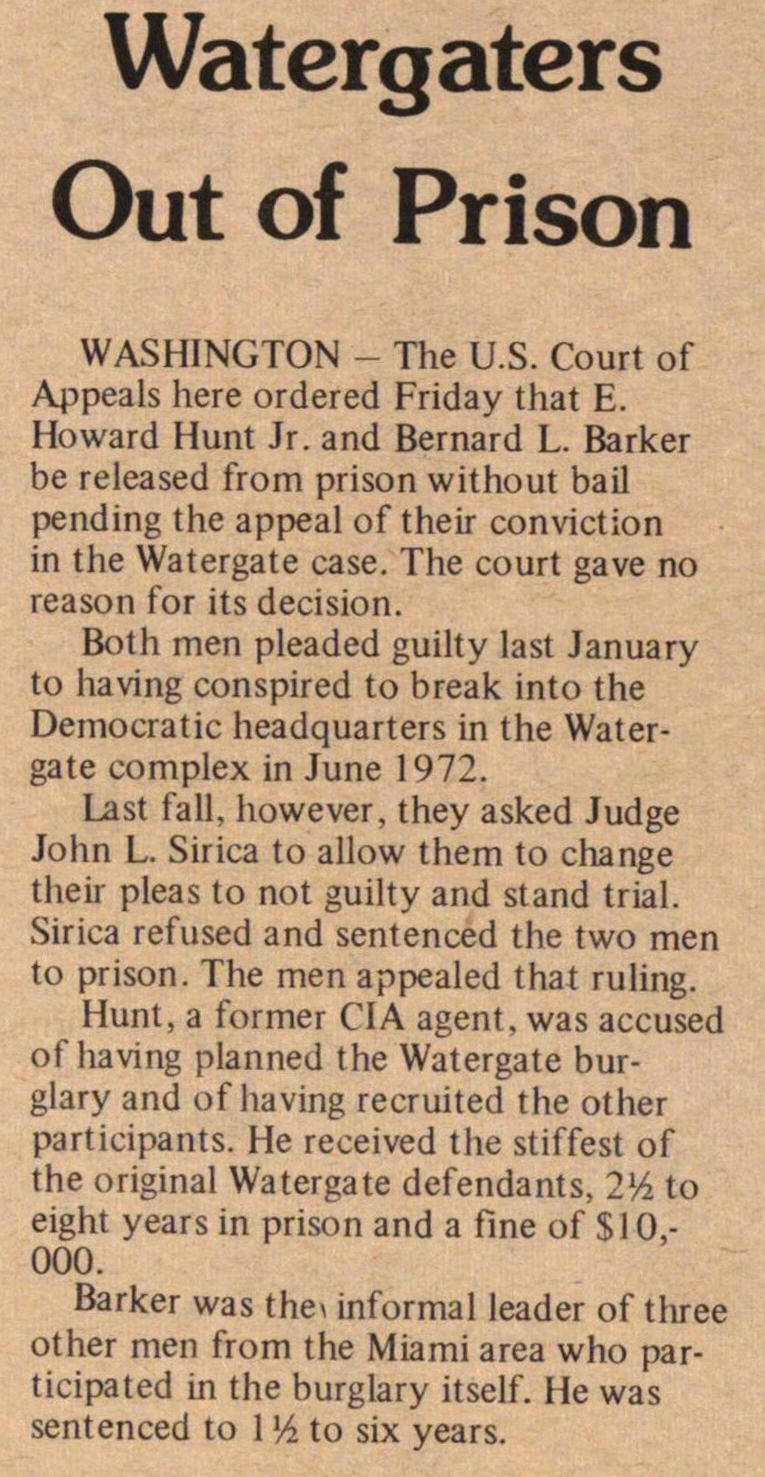 WASHINGTON - The U.S. Court of Appeals here ordered Friday that E. Howard Hunt Jr. and Bernard L. Barker be released from prison without bail pending the appeal of their conviction in the Watergate case. The court gave no reason for its decisión. Both men pleaded guilty last January to having conspired to break into the Democratie headquarters in the Watergate complex in June 1972. Last fa 11, however, they asked Judge John L. Sirica to allow them to change their pleas to not guilty and stand trial. Sirica refused and sentenced the two men to prison. The men appealed that ruling. Hunt, a former CIA agent, was accused of having planned the Watergate burglary and of having recruited the other participaras. He received the stiffest of the original Watergate defendants, 2á to eight years in prison and a fine of $1 0,000. Barker was the informal leader of three other men from the Miami area who participated in the burglary itself. He was sentenced to 1 4 to six years.